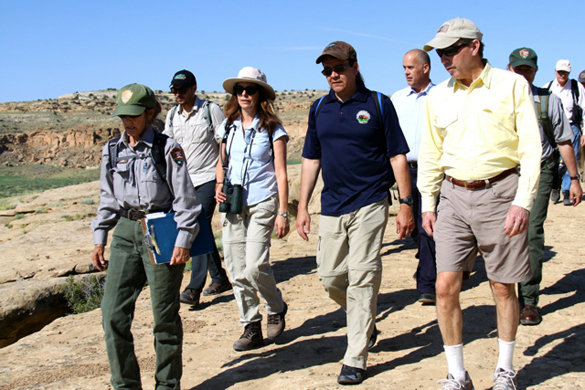 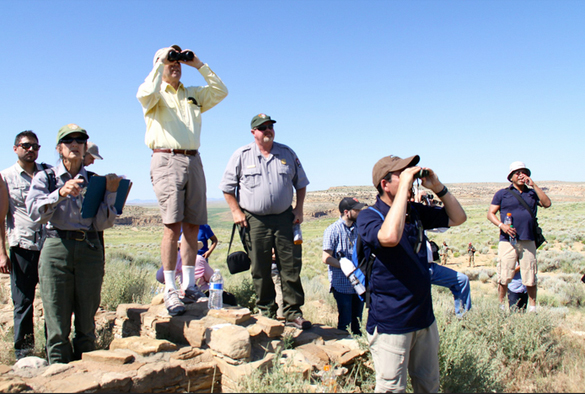 Connor’s visit was in response to Udall’s letter asking the Department of the Interior to send a top-level official to New Mexico. The department’s Bureau of Land Management (BLM) is currently working on a new Resource Management Plan for Northwestern New Mexico, and Udall is pressing the agency to ensure it protects Chaco Canyon’s archaeological value as officials make decisions about future oil and gas leasing.

During the visit, Udall and Connor toured the Chaco Canyon area to see the sensitive archeological site and view the area beyond the park where drilling is proposed. The tour included a hike to Pueblo Alto and an overlook of Pueblo Bonito. Udall and Connor were joined by park staff as well as officials from the BLM, the National Park Service and the Bureau of Indian Affairs. After the visit to Chaco, Connor and Udall held meetings with New Mexico stakeholders.

“I’m very glad that Interior Secretary Jewell responded quickly to my request that she send a high-level official to visit the area and talk to New Mexicans. As a New Mexican himself, Deputy Secretary Connor has a deep understanding of the concerns the BLM must balance as it writes the Resource Management Plan for the area. Even so, it was important for him to see the site in person and talk to stakeholders,” Udall said.

“Chaco Canyon is an incredibly rich cultural destination that is important to the heritage of many New Mexicans, including many tribes and all Americans who wish to learn about the ancient Pueblo culture. It’s equally important to the economy and the future of the region and the state. This visit was an important step to ensure that any development near Chaco Canyon is carefully planned. I know Mike and his staff will continue to stay in touch with the stakeholders they have visited with already, and they will continue to meet with others who are interested in the future of this region of New Mexico.”