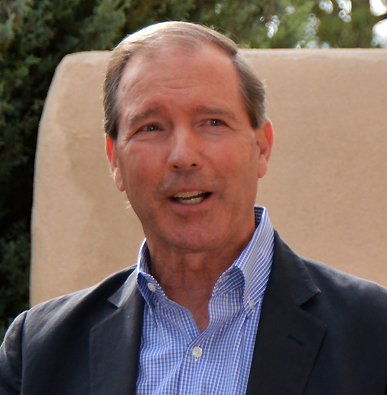 WASHINGTON, D.C. – U.S. Sen. Tom Udall, D-N.M., and Martin Heinrich, D-N.M., applauded the passage of a historic public lands package today. Several conservation and energy bills championed by the senators were included in the FY2015 National Defense Authorization Act. The end of year package passed the Senate by a vote of 89 to 11 and now goes to the President for his signature.

“This is an exciting day for everyone who enjoys public lands and parks in New Mexico. With today’s vote we are protecting some of the most beloved landscapes in New Mexico and establishing a program allowing the BLM to improve its operations in Carlsbad and Farmington,” Udall said. “Scores of New Mexicans deserve credit for helping us get these bills across the finish line — from former Senator Bingaman, who first introduced them, to the diverse group of sportsmen, conservationists, local business people and others who have put years of hard work into them. Protecting these special and important places will increase tourism and create jobs in the surrounding communities while ensuring New Mexicans can enjoy them for generations to come.”

“This is a historic moment and absolutely critical for jobs across the western United States and particularly in New Mexico. The public lands package will help grow our economy in the energy, tourism, sporting and recreation sectors.  And new wilderness and National Park Service units will continue to make New Mexico a unmatched destination for world travelers as well as for the local families who have known for centuries that New Mexico really is the Land of Enchantment,” Heinrich said. “None of this would be possible were it not for years of effort and support from the local communities that helped craft these bills. Together, we have a responsibility to future generations to be good stewards of our shared culture and our natural world.”

Heinrich, a member of the Senate Committee on Energy and Natural Resources delivered a floor speech Friday on the importance of the public lands package.

Udall and Heinrich fought to include provisions in the FY2015 NDAA that would:

Transition the Valles Caldera National Preserve in New Mexico to new management to increase public access. The Valles Caldera National Preserve Management Act (S. 285) would transfer management of the Preserve from the current Board of Trustees to the National Park Service (NPS) under a preserve model. Access for hunting and fishing would be mandated under the legislation. The proposal was developed after extensive input from local residents, sportsmen, veterans organizations, business owners, and elected officials.

Establish the Manhattan Project National Historical Park in Los Alamos. The Manhattan Project National Historical Park Act (S. 507) would establish three different educational sites in Los Alamos, New Mexico; Oak Ridge, Tennessee; and Hanford, Washington. The park would conserve historic sites and artifacts that played a key role in the dawn of the nuclear era while telling the story of the creation of the world’s first atomic bomb and exploring its consequences for society.

Extend a pilot program that has helped the Bureau of Land Management (BLM) streamline the oil and gas drilling permit process while strengthening a review system that helps meet environmental and safety standards. The BLM Permit Processing Improvement Act (S. 2440) would extend a pilot program that has helped BLM balance complex demands, including oil and gas permitting and environmental management in New Mexico and other parts of the West. The pilot program has helped streamline operations in BLM field offices in Farmington and Carlsbad, New Mexico.