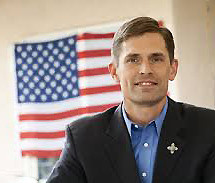 The proposed tax incentives are modeled on the current ITCs for solar energy and apply to either large, grid-connected energy storage systems or to smaller battery systems for residential power. Home battery storage, coupled with a small wind or roof-top solar system, could be used to store energy during the day for use later in the day or during overcast skies and to help consumers reduce their energy bills.

“This bipartisan bill will ensure federal policy supports the integration of emerging storage technologies into our nation’s energy grid. Grid-scale energy storage will bolster system resilience during emergencies and outages, provide reliable supplemental services to the grid, and displace new investment in expensive substations and transmission lines,” Heinrich said. “As generation and storage technologies improve and become less expensive in the coming years, economics will drive new electrical generation consistently in the direction of clean, pollution-free power. Thousands of workers in New Mexico already work in the renewable energy sector, and with our incredible potential for both solar and wind and innovative research and development at our national laboratories and universities, the state is poised to become a major producer and exporter of clean power.”

Energy storage compliments intermittent renewable resources, such as wind and solar to increase full-time availability, provide backup power in case of emergencies, and help reduce the need for high-cost power during periods of peak demand–such as during the coldest mornings or hottest afternoons. And according to the U.S. Department of Energy, in the United States today there are about 25,000 megawatts of installed energy storage.

“Extending the investment tax credit to energy storage is critical to accelerate transition to a flexible, efficient and resilient U.S. electric grid,” said Matt Robert, executive director of the Energy Storage Association. “This legislation demonstrates there is bipartisan agreement that reducing tax burdens on innovators and opening new opportunities for utilities, businesses and households to invest in intelligent energy systems is an effective way to modernize our energy infrastructure and create a cleaner, more reliable electric grid.”

“Energy storage is an important component of the work we do on both the utility and customer sides of the service point And this work is performed routinely by qualified electrical contractors and electricians nationwide,” said Marco A. Giamberardino, executive director for Government Affairs of the National Electrical Contractors Association. “Senators Heinrich, Heller, and Schatz’s legislation will go along way to ensure the tax code will recognize and incentivize energy storage technology for what it is–a critical part of an integrated approach to modernizing the nation’s electric grid. These additional incentives will help usher a national transformation to a smarter and more reliable power grid. NECA thanks Senator Heinrich for his leadership on this important issue.”

“Energy storage is an essential part of a modern, flexible electricity system, providing a multitude of services that make the grid more efficient, reliable, and sustainable,” said Kevin J. Cosgriff, president and CEO of the National Electrical Manufacturers Association. “NEMA and our nearly 400 member manufacturers applaud Sen. Heinrich and the bill cosponsors for leading the way in promoting increased adoption of energy storage by introducing the Energy Storage Tax Incentive and Deployment Act.”

Highlights of the Energy Storage Tax Incentive and Deployment Act:

Business Energy Investment Credit for Energy Storage – For commercial applications, the bill provides the same tax incentive as currently available for solar energy in section 48 of the IRS code. All energy storage technologies would qualify, including batteries, flywheels, pumped hydro, thermal energy, compressed air, etc.  To qualify for the ITC, the system must have a storage capacity of at least 5 kilowatt-hours. The credit allowed is the same as currently available for solar energy, including the phase down. The IRS currently allows a limited ITC for energy storage when it is installed in conjunction with a solar or wind energy system. The bill would extend the ITC for any energy storage project in all applications, including consumer-owned, grid-connected, or off-grid.

Residential Energy Property Tax Credit for Energy Storage – For residential applications, the bill provides homeowners the same credit as currently available for solar energy in section 25D. However, only battery storage is eligible for the residential ITC, and the system must have a storage capacity of at least 3 kilowatt-hours.