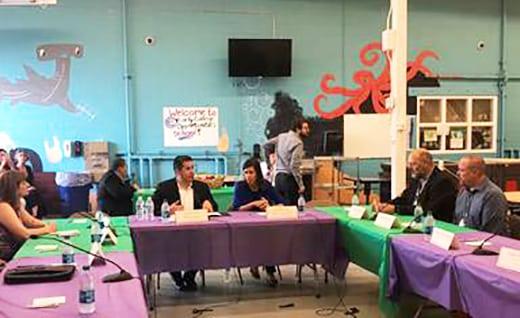 From the Office of U.S. Rep. Ben Ray Luján: 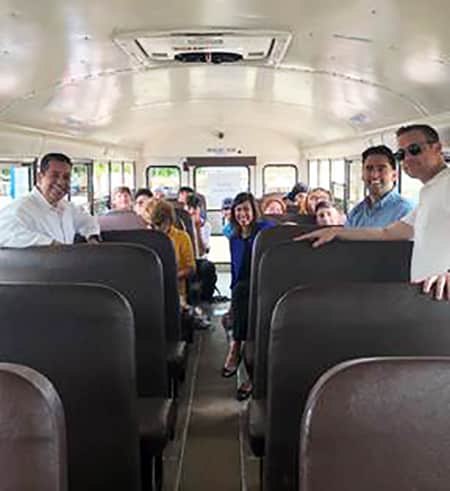 “I’m grateful that Commissioner Rosenworcel and all of today’s knowledgeable participants were willing to meet to discuss how we bring broadband access to New Mexico and the whole country,” Luján said. “Almost 60 percent of New Mexicans living in rural communities and 80 percent living in tribal communities don’t have access to high-speed, fixed broadband. I’ve made it a priority to address this imbalance because I believe bridging the digital divide is critical to our economy, our students, and our nation.”

“The future belongs to the connected and in our 21st century economy, access to broadband internet is essential for communities to compete,” Rosenworcel said. “Thanks to Congressman Luján for his efforts to expand connectivity to New Mexico families and beyond. I appreciated the opportunity to see first-hand how critical broadband access is for the state and look forward to working together to make sure no one is left offline.”

Earlier in the day, Luján and Rosenworcel participated in a demonstration of Google’s Rolling Study Halls. Santa Fe Public Schools is partnering with Google on their Rolling Study Halls initiative, which gives students with long commutes the ability to ride buses with Wi-Fi, devices, and an onboard tutor.

This week, Luján introduced legislation to help students who are assigned homework that requires the internet, but who do not have broadband access at home. This part of the digital divide is what Commissioner Rosenworcel has coined the “Homework Gap.” This gap especially impacts low-income, rural, and tribal students who must find other ways to get online to complete their homework. Commissioner Rosenworcel believes no child should be left offline and in many New Mexico communities that struggle with access to broadband, those students are put at a disadvantage. Luján’s legislation would allow the FCC’s E-Rate program to reimburse schools that place wi-fi technology on school buses carrying students.

“Students increasingly need access to the internet to complete their school work. If air-travelers can have Internet access at 30,000 feet in a plane, then students on the ground should be able to have internet access to get their homework done,” Luján said. “Turning students’ long commutes into time spent learning is a commonsense step toward ensuring that all students have the tools and skills they need to flourish.”

Earlier this year, Luján introduced the Tribal Connect Act to promote broadband access in tribal communities and in November 2017, Luján introduced the Broadband Infrastructure Finance Innovation Act (BFIA) to create new low-interest financing opportunities to incentivize broadband infrastructure build-out in New Mexico and other parts of the country. In addition, because federal lands, buildings, and assets can be used as conduits for broadband and other communication services, Luján championed a provision that is now law that requires the General Service Administration’s Federal Real Property Database to detail the ability of federal facilities to support a communications installation.