Try a Taste of ‘Van Choc Straw’ at LALT Friday 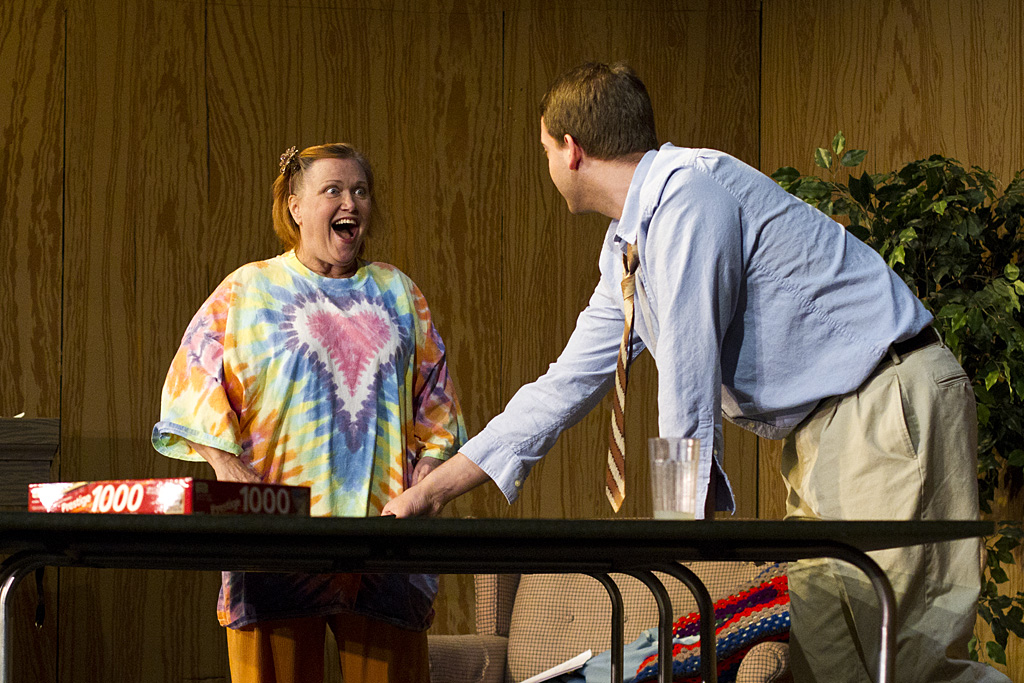 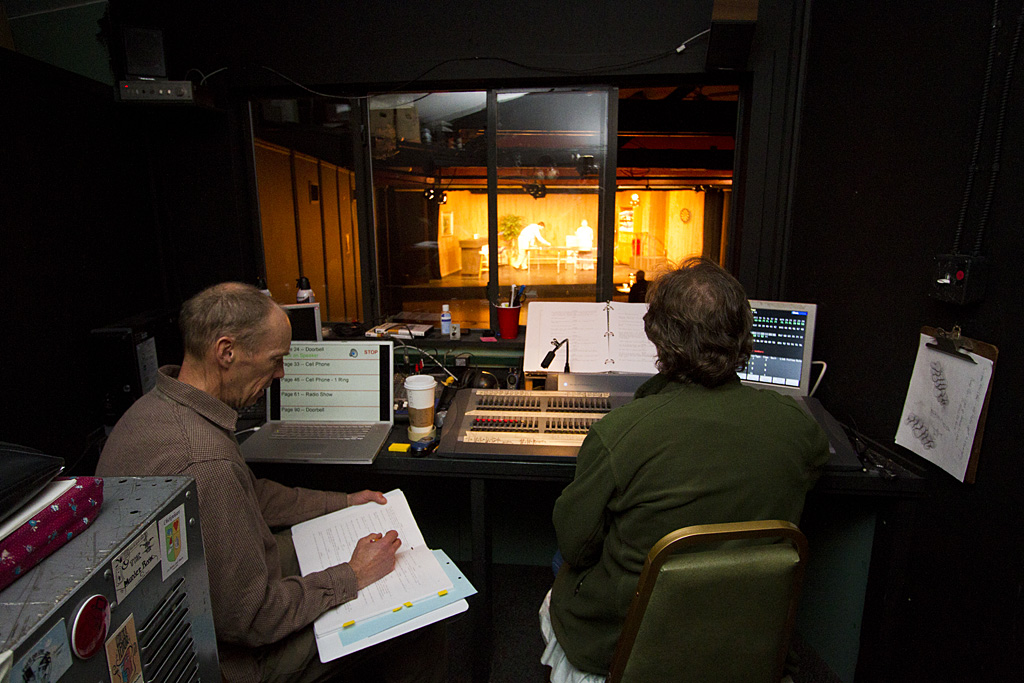 Novelist and playwright Marc Dunn’s plays are performed all over the country. He served as a playwright in residence in New York for many years. He is the author of five novels and more than 30 plays. He currently lives in Albuquerque.

A shorter version ofVan Choc Straw was produced as a radio play on KUNM Radio a year ago. This is the world premiere of the full-length version of the play. The shorter version will be LALT’s entry in the New Mexico AACTFest in Los Alamos March 21-24.

Van Choc Straw takes place in the basement of Althea Witlin (Pat Beck.) Because of her age and health problems, Althea is being forced to sell her home and move in with her younger sister Ina (Bronwyn Gordon)—although neither of them is crazy about the idea.

When a young couple, Leif (Steve Fasel) and Connie (Rose Corrigan), come to look at the house, they and Althea’s mentally disabled neighbor Maddie (Gwen Lewis) become involved in a project to put together the only jigsaw puzzle in Althea’s collection that she hasn’t completed.

The puzzle is a 5,000 piece monster and will clearly take many hours to finish. Since Althea is moving the next day, time is short.

The play follows the interactions of these very different people as they learn about each other and form a bond over the puzzle project.

The title refers to how different flavors—and people of disparate backgrounds—can go well together in spite of their differences and blend to make something new.

Director Mimi Adams met playwright Marc Dunn when he came to Los Alamos to do a playwriting workshop. She was interested in directing one of his plays and read through a number of them before choosing Van Choc Straw.

“The cast was great together,” Adams-Rice said. “They understand their characters and how the characters interact.” 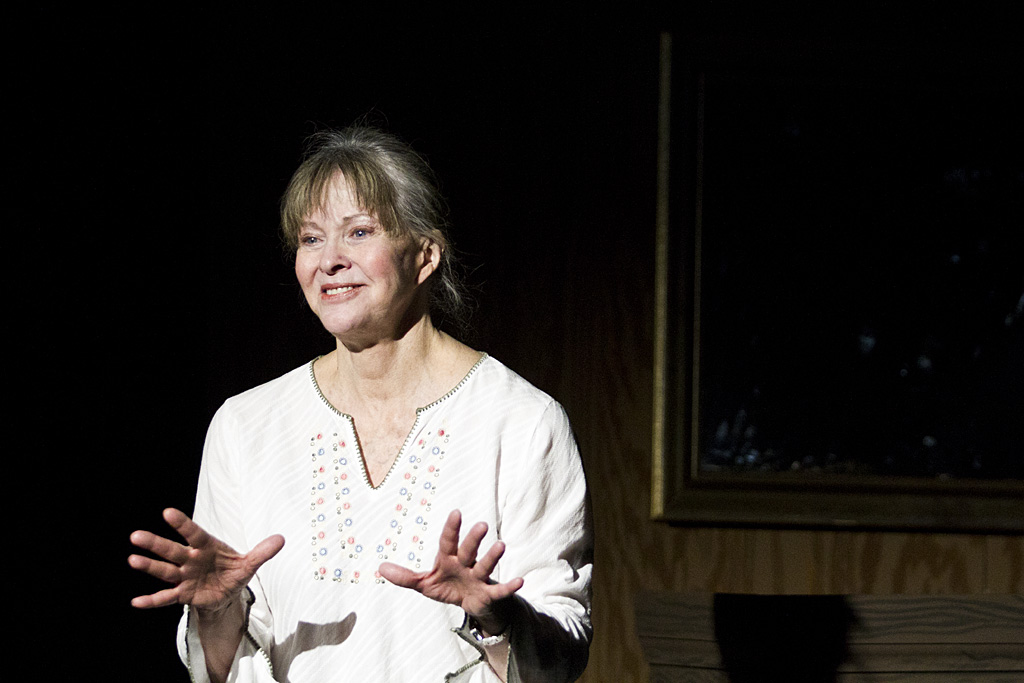 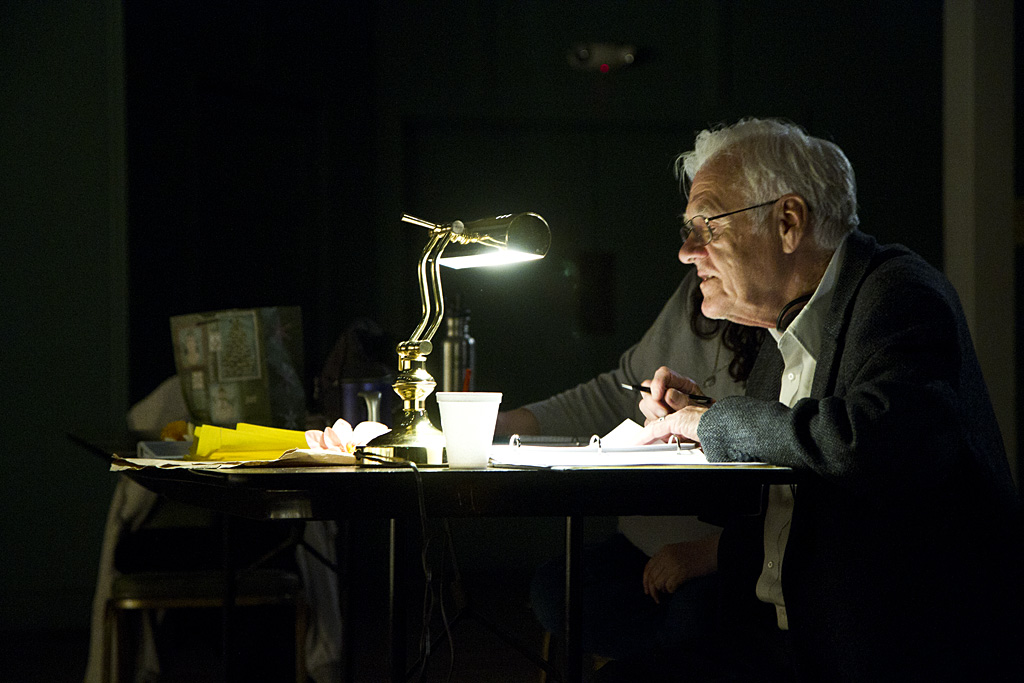 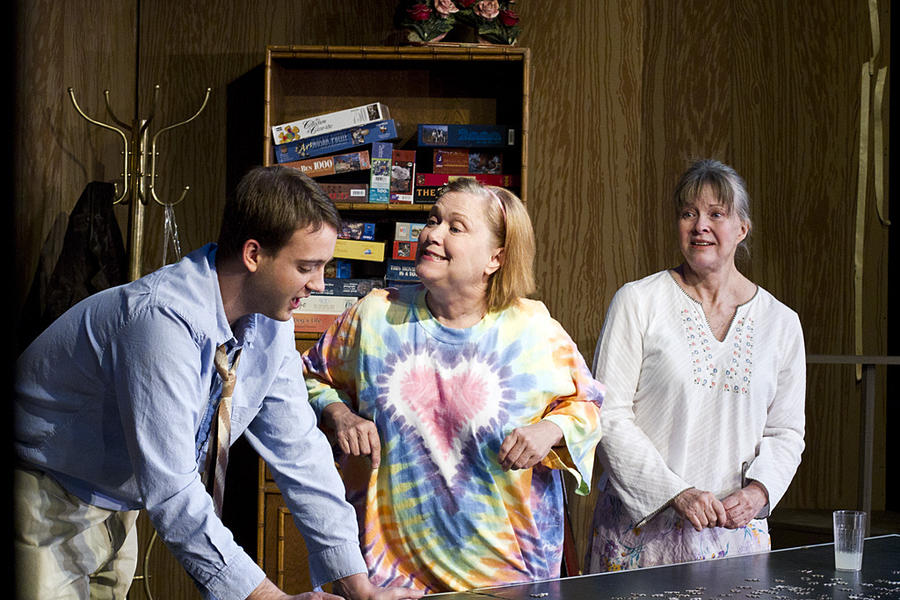 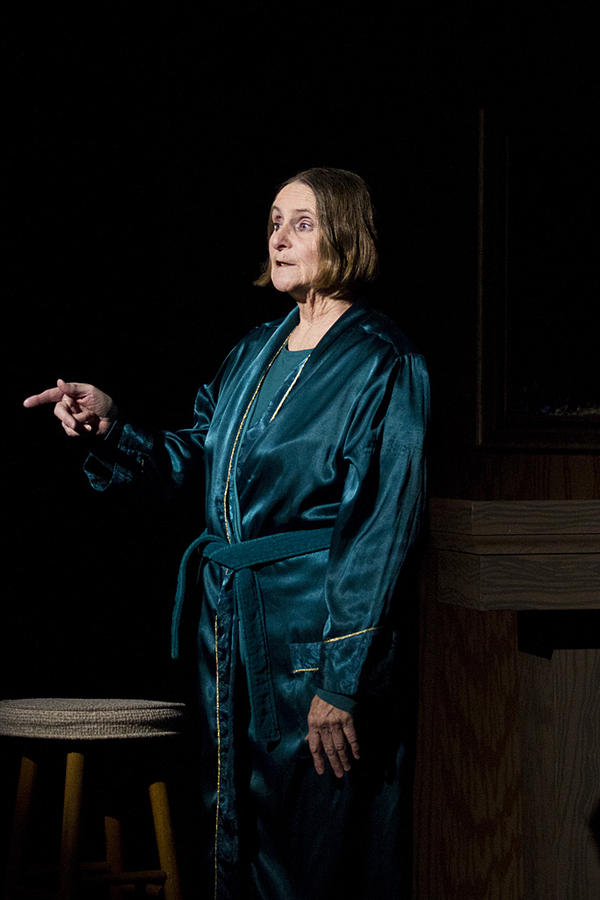 Bronwyn Gordon goes through her paces during rehearsal for Van Choc Straw. Photo by Salvador Zapien/ladailypost.com 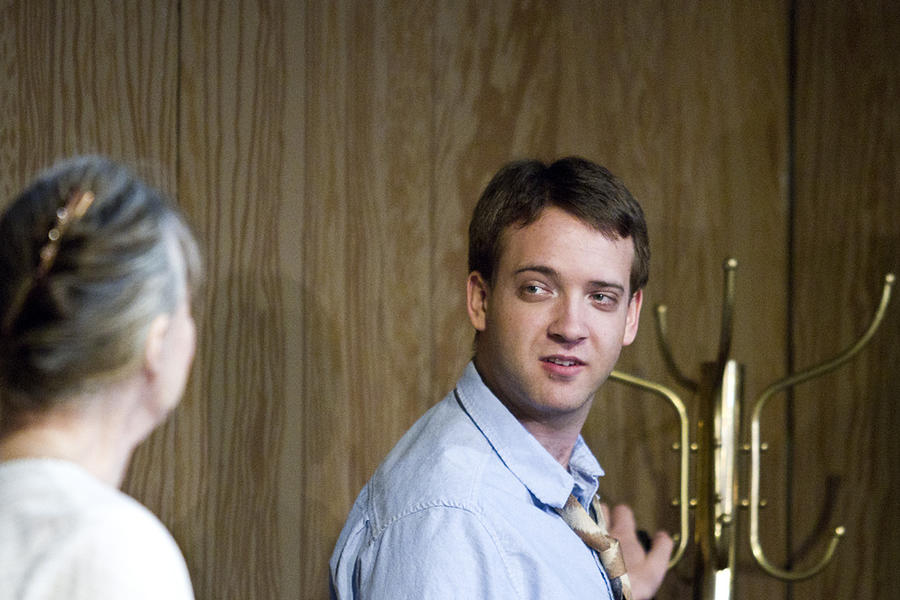 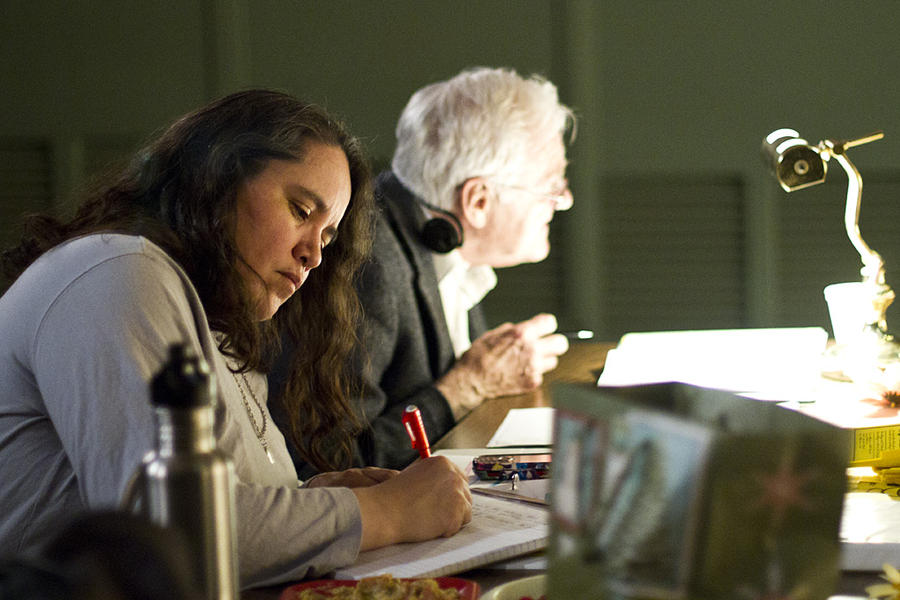 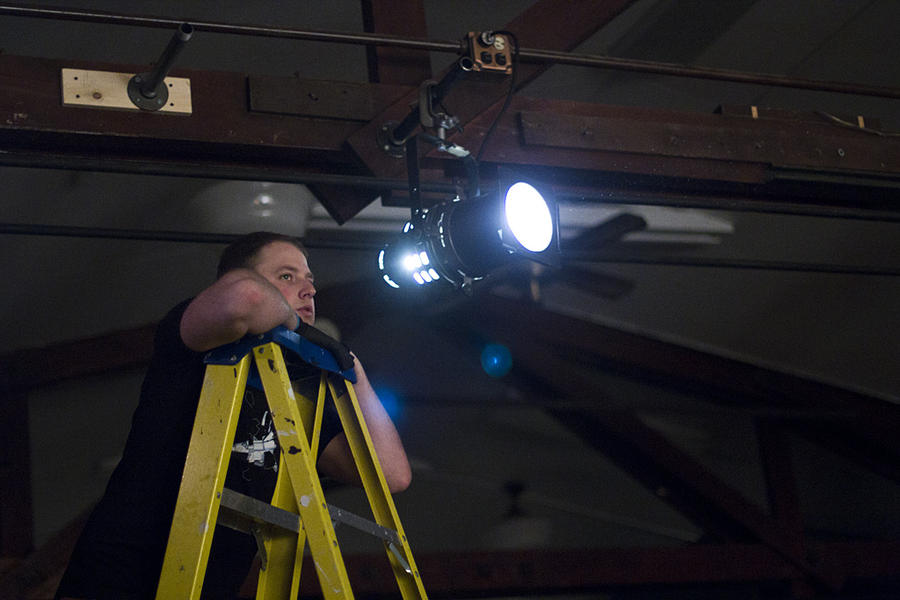 Light Designer Dan Gossens watches the action after making adjustments to one of the stage lights. Photo by Salvador Zapien/ladailypost.com 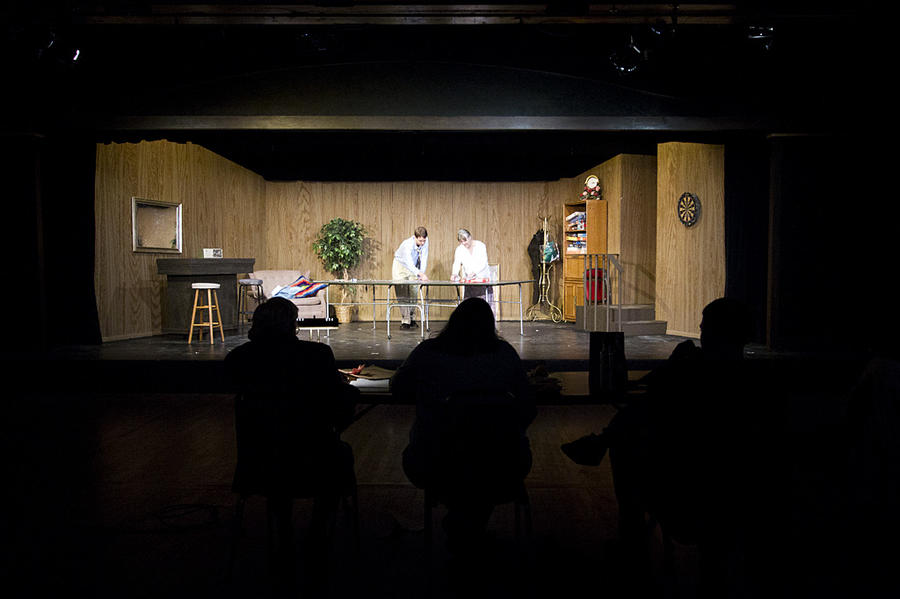 Rehearsals for Van Choc Straw continue at LALT and the play is scheduled to open March 1. Photo by Salvador Zapien/ladailypost.com