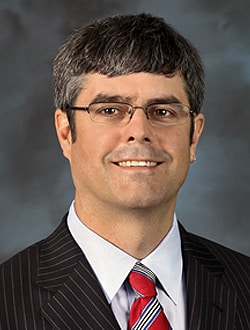 “He will work closely with the Lab’s current director Dr. Terry Wallace to ensure a smooth transition between operating teams,” the spokesman said.

Mason’s appointment as director will become effective Nov. 1. He currently serves as senior vice president of Global Laboratory Operations at Battelle Memorial Institute. From May 2007 to July 2017 he was director at Oak Ridge National Laboratory and also worked as an associate lab director for the Department of Energy’s Spallation Neutron Source and for Oak Ridge’s Neutron Sciences Directorate. Prior to joining Oak Ridge he was a faculty member in the Department of Physics at the University of Toronto.

“It’s a tremendous honor to be selected as director designate of one of the world’s leading scientific institutes which is working at forefront of science to solve complex nuclear security and energy challenges,” Mason said. “I look forward to working with NNSA and the current management team, Laboratory staff and community members to carry out a seamless transition that advances the Laboratory’s long legacy of scientific excellence and service to the nation”.

“In addition to ensuring the integrity of the Laboratory’s scientific enterprise and its safe and secure operation, Triad is committed to building strong partnerships in Northern New Mexico by investing in local educational and economic development programs as well as charitable organizations,” a Triad spokesman said.

Triad is comprised of Battelle, the Texas A&M University System and the University of California with two integrated subcontractors Fluor and Huntington Ingalls Industries as well as three small businesses contractors, Longenecker & Associates, Merrick-SMSI and TechSource.