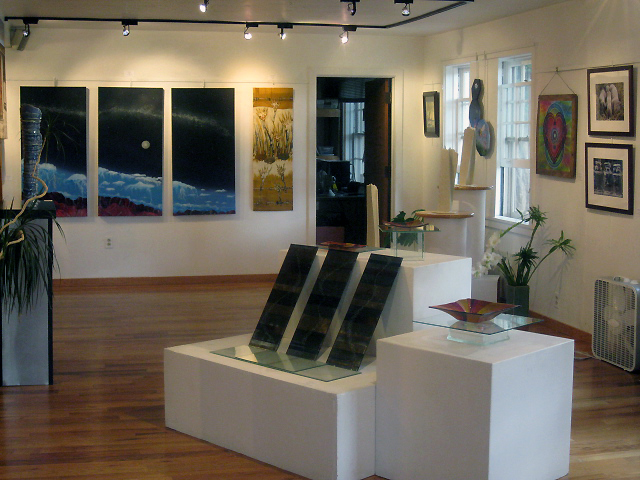 Fuller Lodge Art Center is celebrating the number three. For those mathematically challenged, not to worry – this is no number-crunching exhibit.

Rather, the newest gallery show features a host of diverse and beautiful interpretations of the theme – “Tri Tri Tri Again.”

As it turns out, three is not just a number. 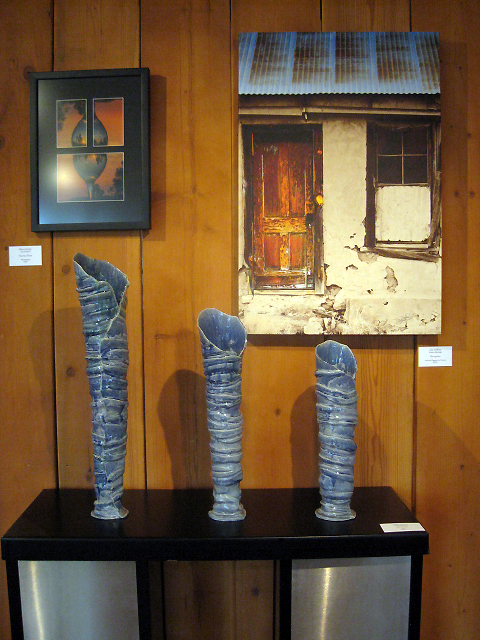 “Symbolism in art is as varied as the cultures and backgrounds of the artists, and we have a very diverse population represented in the ‘Tri Tri Tri Again’ show, said Fuller Lodge Art Center Executive Director Ken Nebel. “Compositionally and spatially, art often works in three’s, foreground – middleground – background, weight and counter-weight, and color theory and the emotions that come from a masterful use of color, revolve around three’s – red, yellow, blue – green, purple, orange.”

Three has been taken simply as a number, a symbol of completeness, one of cultural and religious significance, and as a number hidden in the ebb and flow of daily and yearly schedules, Nebel said.

“Clara Szymanski’s Celtic knot painting, ‘Triune’ is a perfect example of the cultural,” he said.

Some of the artists in the “Tri Tri Tri Again” show used a color palette or triangular shapes to create their work. 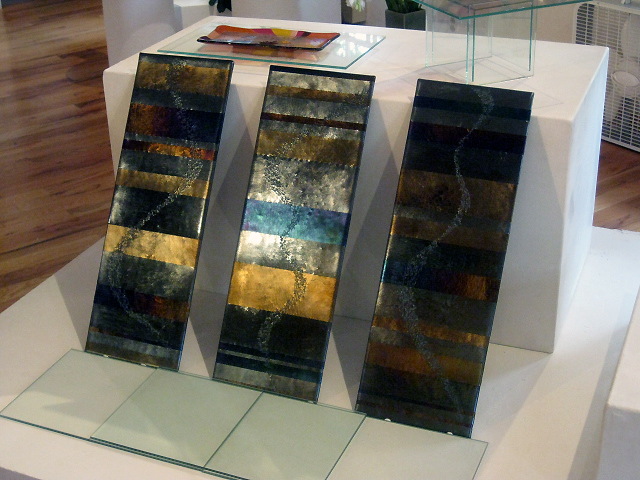 Melissa Alexander’s Triangle Wrap is entirely composed of triangles, as is Gordon McDonough’s pen and ink piece “After J.W. Alexander.”

The title, “Tri, Tri, and Tri Again” also suggests the struggle to reach a goal, which is perfectly portrayed in Katherine Britton’s piece “Trying Hard,” depicting a giraffe stretching for the leaves on the lowest branches of a tree.

One particularly ambitious piece breaks ones life into three’s based on shoes – work, pleasure and relaxation. The artist, Brittany Stokes gave us choices of three pairs for each division, and created a 3-inch by 3-inch overview of a life well lived. 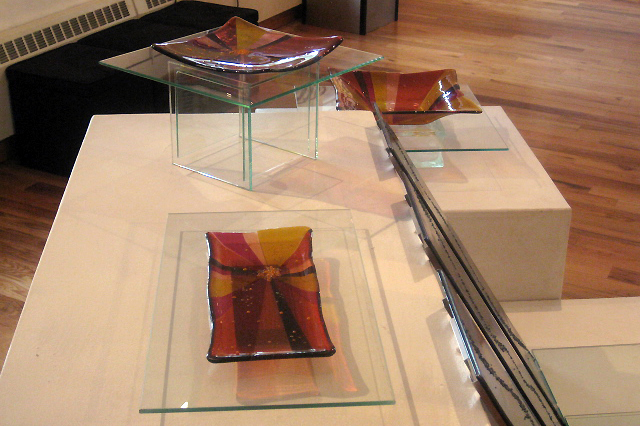 “News has traveled by word-of-mouth,” she said. “I think Ken has done a lot of reaching out to people.”

Not only is there a large number of artists participating but in a wide range of medians.

“We have a huge variety of mediums on display for this show, the following is a partial, but fairly representative list: graphite, fiber, photography, pen and ink, wood, ceramics, encaustics, oils, glass, pastels and mixed media,” Nebel said. 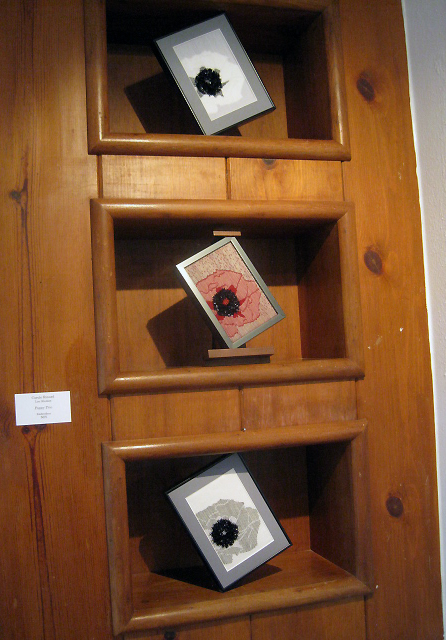 “Our jurors were from a variety of professional artistic backgrounds, and I think they really enjoyed the collaborative process of pulling together a tight show,” Nebel said. “It’s always a pleasure to click on the next screen in the slideshow and see what our artists are presenting … like unwrapping a present and I know the jurors are all looking forward to seeing the artwork itself. They had a challenge with a large number of entries and a limited space, but they rose to it admirably.”

Similar to other exhibits, there will be a Viewer’s Choice as well as Juror’s Choice recognition.

In addition to the new show in the main gallery, a new artist is featured in the Portal Gallery.

Susannah Smith’s “Travels in Egypt” features photographs from that country.

“Susannah is a local artist with a good consistent display record. She presented us with the idea of a display of work centering around her trip to Egypt,” Nebel said. “Her examination of the culture, the look between the history and the present, and the locals in contrast to the tourists jump in to the cultural aspect that we were sure would come out in the main exhibit, and compliment each other well.”

The community is invited to view the new shows during an opening reception from 5-7 p.m. Friday at Fuller Lodge Art Center. The show will run through Sept. 29.

The first image is titled “Hoo Doos” by Carol Kaleko. The second and third images are Annette Paajanen’s pieces titled “Mirror Lake Trail.” The fourth image is “Poppy Trio” by Carole Rinard. The last picture is just an overall view of the new exhibit.