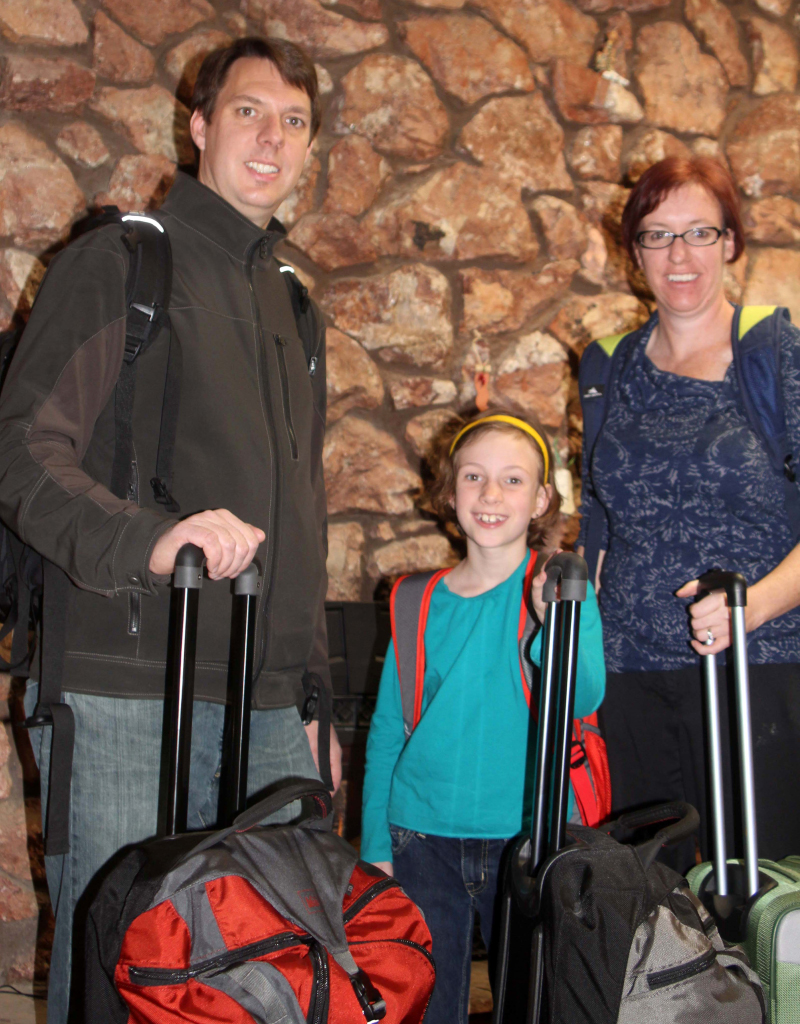 Jason, Sydney and Kerri Frazier prepare to spend the next two years traveling the world. Photo by Teralene Foxx

Our youngest daughter, Kerri  (1991 graduate of Los Alamos High School) and her husband Jason Frazier told us six years ago they were planning on quitting their jobs, selling everything, and sailing around the world when they were in mid-life.

All I could think of was pirates, large waves and being cramped together on a small boat for days. That is something I could not imagine.

It certainly did not appeal to me, but it was their lives. However, in 2007 they had a boating accident and their plans changed.

They did not give up their dream—now they would travel by air, sea, train, bus, foot.

I breathed a sigh of relief. It is now six years later and they are beginning their adventure.

Very few of us have the tenacity to stick to our dreams. When asked “why now,” they usually say “we see many people say when they retire, they will travel. However, because of health issues, they don’t. We want to do it while we are healthy.”

They also want to spend time with their 8-year-old daughter who is growing up fast.

Jason says “We got to see her only a couple hours a day when we were working.”

When asked about their daughter, Sydney, they say “Most people say eight is the best age to travel. They are old enough to understand but not yet teens who want to be with friends.” 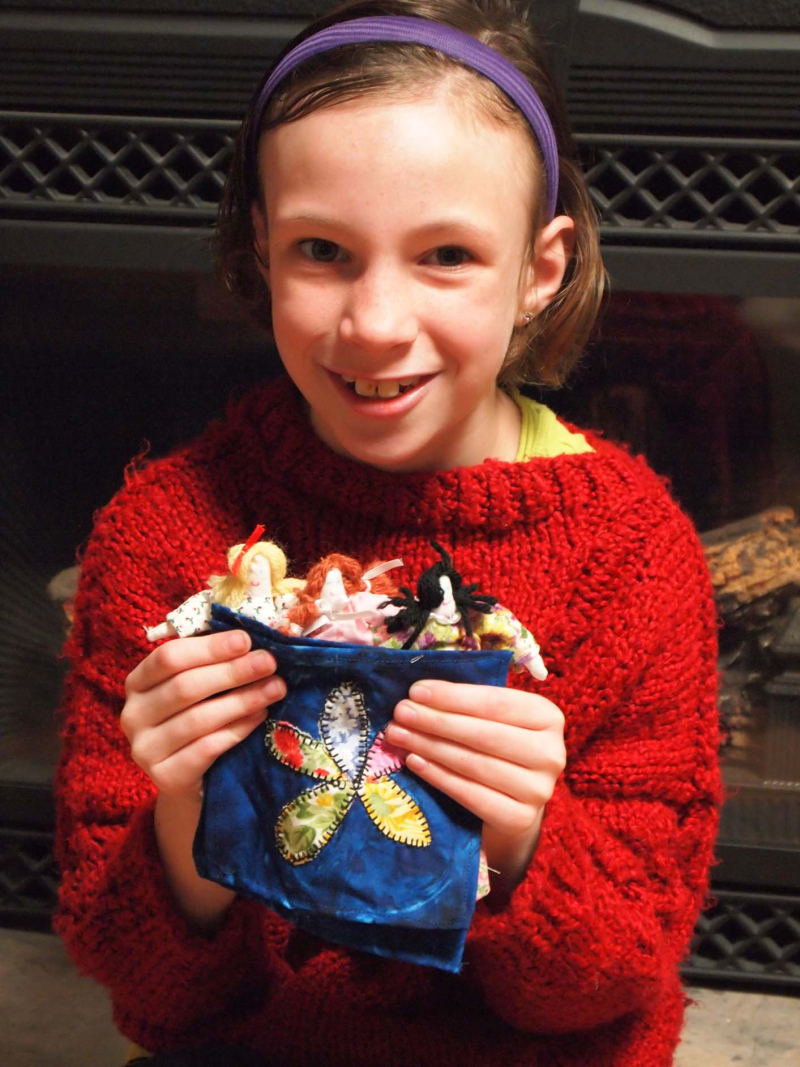 Sydney Frazier, 8, holds little dolls her grandmother, Terry Foxx made. They are to be given away to new friends she meets along the way. Photo by Teralene Foxx

Their answer “There are trade-offs. She will get to see and understand more about the world and learn tolerance for other cultures.”

Each argument falls away and the trip seems well researched and thought out.

Some think they are millionaires, which is far from the truth. They are ordinary working people. To attain their dream, they lived in a very small house with a small mortgage, were fugal and saved.

Now the time has come. They have sold their house, cars, gotten rid of everything except memorabilia (now stored at family homes.)

Their life is now paired down to three suitcases and three backpacks. For the last month, they have traveled from Portland, Ore., to Boise, Idaho to Layton, Utah, to Los Alamos and Albuquerque to visit family and to say goodbye for two years.

Friday they fly to Paris for the next step in their adventure.

I am reminded that in the days before technology, this would mean no contact for long periods of time and perhaps never again.

Those young people starting out on the Oregon Trail or stepping on to a boat to the new world said goodbye to family and never saw them again. Even letters were a remote possibility.

They plan to travel slowly, spending one month in each area to help reduce the cost of travel. The first stop is Christmas in Paris, France.

They will be renting an apartment at each place they stay. The first year, they will be mostly in Europe and may visit Northern Africa and Middle East depending on stability of the area.

The second year, they will be traveling through South East Asia and Australia.

Kerri says “I know there will be some hard times, at times we will probably want to quit, but we are determined to stick it out come thick or thin.”

Kerri and Jason are keeping their itinerary flexible; making sure each country is safe for travel.