Travel The Silk Road With Ethos 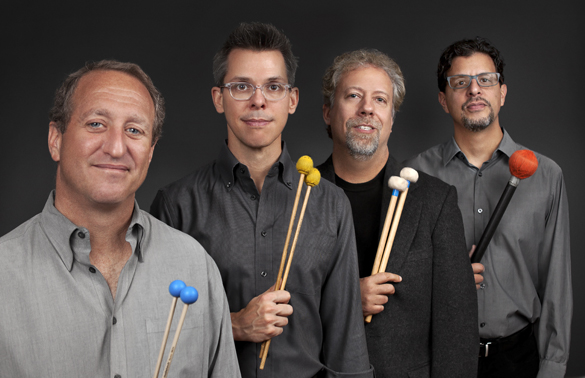 The next Los Alamos Concert Association event featuring the Ethos Percussion Group may have some of you scratching your heads and wondering, “What is a program called Rhythms of the Silk Road doing on a classical music series? The story goes back a long, long way.

In 1699, the Austrian and the Ottoman Empires signed the Treaty of Karlowitz. Although this marked the beginning of the end for the Ottomans, their diplomatic delegation brought a traditional Turkish military band and other performers to Vienna for several days of celebratory performances.

People were excited by the exuberant marching music and especially by the exotic percussion instruments they heard. This event began a Turkish music craze in Europe. First taken up by local military bands, a westernized “Turkish style” soon found its way into symphony orchestras with the innovative addition of cymbals, bass drums, triangles and piccolos.

The craze was enduring. Mozart, a with-it kind of guy, caught the Turkish bug. His comic opera, The Abduction from the Seraglio of 1782 is just one example. He composed the overture and choral sections in “Turkish style”, thoroughly appropriate for an opera that takes place in a harem.

The craze was dying out by Beethoven’s time but he still worked a bit of Turkish military music into the final “Ode to Joy” movement of his 9th Symphony. A marching rhythm with cymbals, a bass drum, a triangle and a piccolo accompany the tenor soloist as he sings (in German, of course) “Pursue your pathway brothers; be joyful as a hero in victory.”

In 1889 at the Exposition Universelle in Paris, a gamelan orchestra from Java made a deep impression on a number of French composers. The hypnotic rhythms of the large percussion ensemble and its exotic harmonic system influenced Claude Debussy, Erik Satie and others.

The point is, not only silks and spices, but cultures migrated for centuries along the Silk Road trade routes. Musical influences from outside western traditions no longer reach us via camel caravan and sailing ship but the process continues apace in our shrinking world.

Ethos Percussion Group’s program includes pieces by living composers who have explicit things to say about the influence on their work by non-western musical cultures.

Ethos member Yousif Sheronick informs us that he based the opening piece on the program, Duo 77, on South Indian rhythmic practices.

Bill Alves, a California-based composer, is fascinated by the Indonesian gamelan gandrung, an ensemble that features instruments made of wooden slabs similar to xylophones.  Alves says he has tried “to freely evoke the exuberant spirit and challenging musicianship” of that ensemble in his piece titled Gandrung.

The program will close with the first movement of Drumming, a masterpiece by influential American composer Steve Reich. He composed this work after studying with a drumming master in Ghana and with a Javanese gamelan ensemble during a residency in Seattle. The work has become a standard of the percussion repertoire.

Curious about hearing a cajon, a djembe, wind gongs and Tibetan singing bowls? Then join us on April 19 at 4 p.m. in the Smith Auditorium for a fascinating musical journey!  Complete concert information at www.losalamosconcert.org.