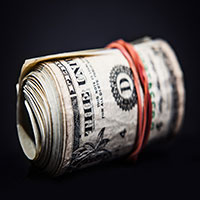 The bills also will bring New Mexico’s election code into compliance with recent court decisions. Smith said that the influence of independent expenditures, often called “dark money,” is growing dramatically and is drowning out the voices of everyday New Mexicans.

“Everyone deserves to know who is funding whom,” he said.

From 2006 to 2012, independent spending in New Mexico more than doubled, from $6 million to $14 million, and in 2014 $2 million was spent in October alone – much of it from undisclosed donors who are exerting a heavy influence on the electoral process. Often the money comes from out-of-state.

“There’s a tangled web of one type of political action committee giving to another type of political action committee or to a political party – and it’s increasingly difficult for the public to figure out what’s going on,” Smith said. “We need more transparency,” he added. Currently independent expenditures cannot be controlled by or coordinated with candidates’ campaigns. But there’s no definition in New Mexico law of what “coordinated” means.

“Citizens United turned our campaign finance laws on their head,” Wirth said. “We have to do the one thing the court said we could and must do – require disclosure.” He continues, “The bills will expand the Campaign Reporting Act to cover all these independent kinds of campaign activities in a constitutionally permissible way.”

HB 278 and SB 384 also require that advertisements paid for by independent groups include the names of sponsors and principal funders. In 2014, candidates and PACs spent $12.2 million for advertisements on major TV stations in New Mexico.

“When the campaign laws were enacted, candidates and political parties were virtually the only campaign participants, yet now there are now numerous national and local independent groups participating in state elections in a variety of ways, ranging from campaign ads coordinated with candidates to an occasional ad mentioning a public official who is running for reelection,” Common Cause New Mexico Executive Director Viki Harrison.

The two disclosure bills are in line with popular sentiment expressed in a recent poll, taken by Research and Polling For Common Cause New Mexico:

The poll of 451 registered voters was taken in January and has a margin of error of 4.5 percent.

Smith, a transparency champion, was the successful sponsor of a bill to require disclosure of campaign finances in school board elections, and another to require a 72-hour advance notice of public meetings.

Legislation similar to HB 278 and SB 384, sponsored by Sen. Wirth, passed the New Mexico Senate unanimously in 2012 and 2013, but was never heard on the House floor.