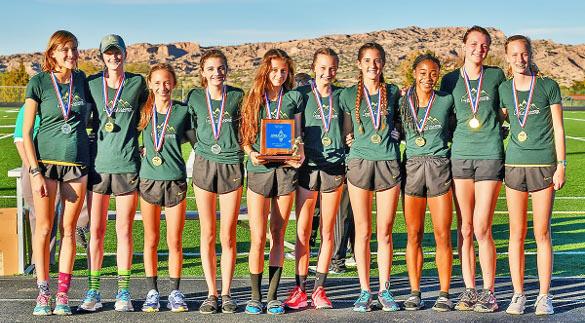 In the girls race at the District 2-4A meet, Los Alamos dominated the results. The Lady Hilltoppers came within one runner of recording a perfect score. Los Alamos took first place with 19 points. Taos was a distant second with 44 points. Pojoaque came in third with 100 points.

Pojoaque was paced by junior Michaela Martinez, who finished 14th with a time of 22 minutes, 33.47 seconds.

At State, Academy appears to have an edge on Los Alamos as the Lady Chargers have turned in faster times than the Lady Hilltoppers when both schools have gone head-to-head at several meets. Shiprock High School and Kirtland Central High School will also be contenders for a trophy at state. With 30 schools competing in Class 4A,other teams and individuals could have an impact on the final results.

Academy also qualified its boys and girls teams for the Class 4A State meet by winning the District 6-4A boys and girls titles. The Hilltoppers and the Chargers had battled just a week ago at the Los Alamos Invitational Oct. 26 at Los Alamos, with the Hilltoppers winning the boys race and Academy taking the girls race. Since 2000, when the two cross country powerhouses collide at state it’s been one or the other that comes back with the first-place trophy every year except one in both the boys and the girls race.

Although there was little doubt who would win the District 2-4A boys title at Pojoaque, the host Pojoaque Valley High School Elks made things a little more interesting than people may have expected. The Hilltoppers wound up in first place with 25 points in the boys race. The Elks were a strong second with 47 points and had three runners in the top 10 finishers.

In their last two races prior to the District 2-4A meet, Fuehne, Sanchez and Strevell had finished together as a trio. At  the district meet, Hall had managed to break that trio up.

There was a bit of a wait until the fifth place runner appeared, and it turned out to be Pojoaque sophomore Santiago Romero, who came in with a time of 17 minutes, 56.80 seconds. Behind Romero the next runner was from Taos High School. Sophomore Sam Hastings was sixth in 18 minutes, 08.24 seconds. In seventh place was another Pojoaque runner. Junior Joseph Gutierrez finished seventh with a time of 18 minutes, 11.50 seconds.

After seven runners, Los Alamos was in the lead with eight points followed closely by Pojoaque with 13 points. Depth now came into play and it would be the fourth and fifth runners for Los Alamos who would seal the victory.

Although not scoring for Los Alamos, senior Elijah Velasquez came in 10th with a time of 18 minutes, 18.53 seconds. The top 10 runners earn All-District 2-4A honors.

Los Alamos and Pojoaque both advance as teams to the state meet, as does Taos High School. The Tigers finished third in the team standings with 82 points.

Although the showdown will be between Los Alamos and Academy, there will be other players at state. Kirtland Central High School has the best Class 4A runner in the state in senior Kashon Harrison. Harrison may be the best runner in the entire state. Kirtland won the boys District 1-4A championship. Miyamura High School has a standout runner in senior Ty McCray and is another strong team. Gallup High School, Hope Christian High School and Shiprock High School are also good teams. Those schools will challenge Pojoaque for the third-place trophy and have runners who will finish strong at state. 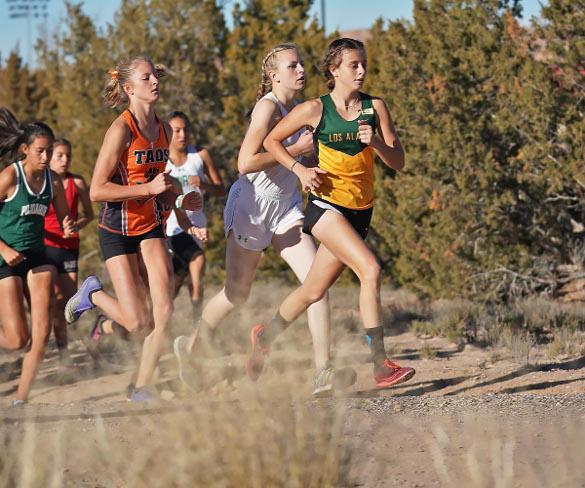 Norissa Valdez had a strong start and led the pack to the finish for a 1st place win. Photo by John McHale/ladailypost.com 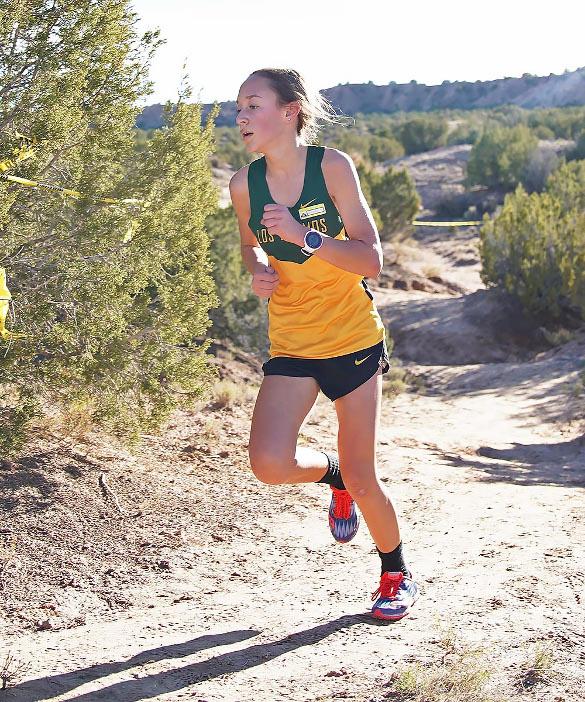 Emma Montoya ran in second place to the finish. Photo by John McHale/ladailypost.com 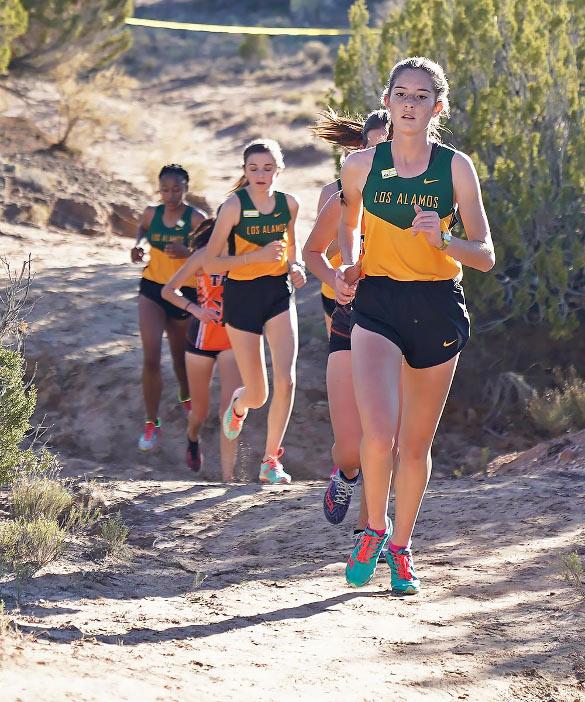 Hannah Gartz, in the lead finished in 3rd place. Photo by John McHale/ladailypost.com 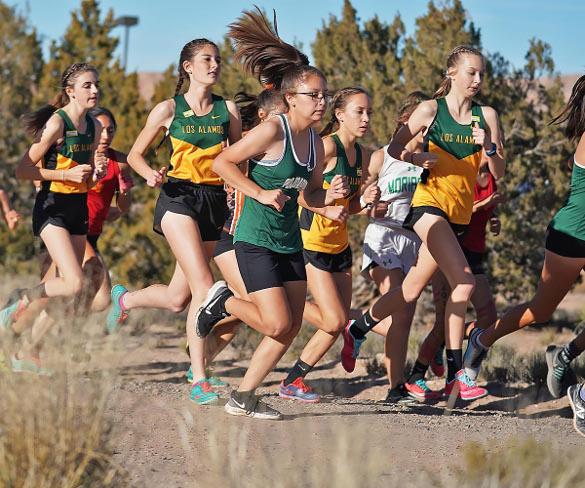 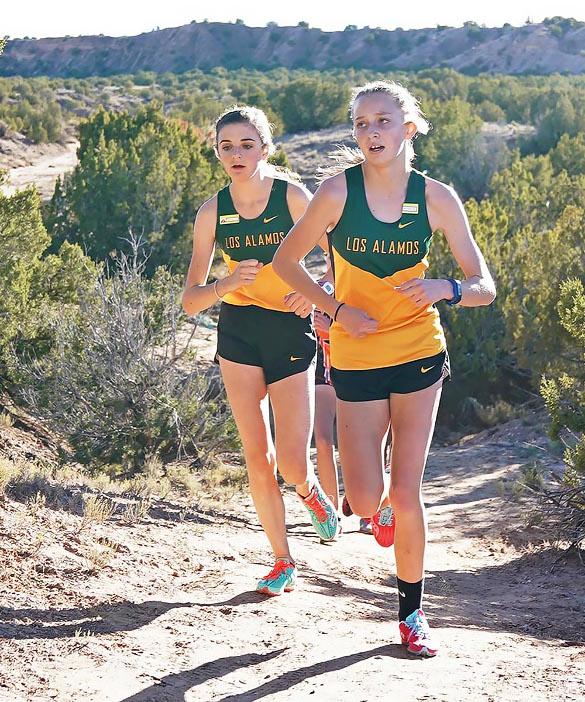