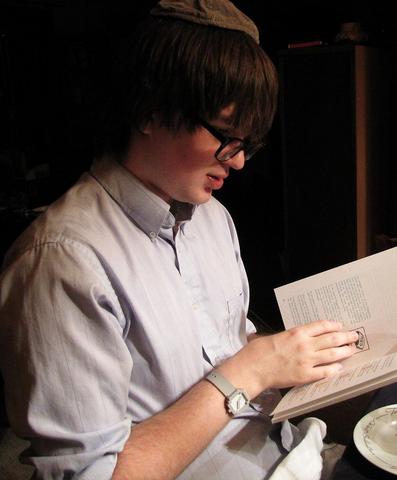 Jacob Sigeti of White Rock at a seder during this year’s Passover. Photo by Carol A. Clark/ladailypost.com

Yom Kippur, also known as Day of Atonement, is the holiest day of the year for the Jewish people. Its central themes are atonement and repentance.

Jewish people traditionally observe this holy day with a 25-hour period of fasting and intensive prayer, often spending most of the day in synagogue services.

Yom Kippur completes the annual period known in Judaism as the High Holy Days or Yamim Nora’im: “Days of Awe.”

Yom Kippur is the 10th day of the month of Tishrei. According to Jewish tradition, God inscribes each person’s fate for the coming year into a book, the Book of Life, on Rosh Hashanah, and waits until Yom Kippur to “seal” the verdict.

During the Days of Awe, a Jew tries to amend his or her behavior and seek forgiveness for wrongs done against God and against other human beings.

The evening and day of Yom Kippur are set aside for public and private petitions and confessions of guilt. At the end of Yom Kippur, one hopes that they have been forgiven by God.

Erev Yom Kippur is the day preceding Yom Kippur, corresponding to the ninth day of the Hebrew month of Tishrei.

This day is commemorated with two festive meals, the giving of charity and asking others for forgiveness.

Total abstention from food and drink usually begins 20 minutes before sundown, and ends after nightfall the following day. Although the fast is required of all healthy adults over 12 or 13, it is waived in the case of certain medical conditions.