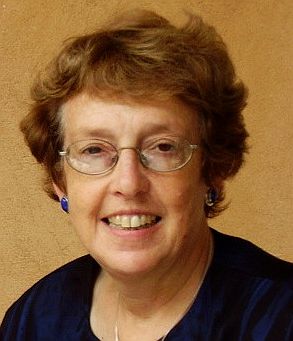 April 17 is the symbolic day this year when women will on average catch up with the amount men made in the previous year.

New statistics out this month show that New Mexico’s women make on average 77 percent of what our men make.

Forty years after the Women’s Movement of the early ‘70s, it is hard to imagine that this gender pay gap continues.

The American Association of University Women (AAUW) has researched this gender pay gap for many decades.

Their 2010 publication, “The Simple Truth about the Gender Pay Gap” informs us that in 1971 the gender pay gap was on average 60 percent.

Indeed we can celebrate improvement, but in the words of AAUW Executive Director Linda Hallman, speaking about the gender wage gap, “It’s real, it’s persistent and it’s undermining the economic security of American families.”

We know our individual choices affect our earning capability, especially those concerning career and education.

The gender wage gap is found to favor men’s pay in 105 of the 108 occupations for which the Bureau of Labor Statistics collects valid comparisons.

Jobs favored traditionally by men pay better than jobs favored by women with the same level of skill.

This gender segregation is one factor behind the pay gap.

In the past 40 years, many women have entered the male dominated fields improving wages for women.

However, even in the male dominated fields, women’s pay lags behind.

So even as women move into once male-dominated fields, this alone will not erase the gap.

In the same way more education is an effective way to increase earning power and the increase of women earning advanced degrees has helped many women’s pay.

However, it is not an effective tool against the gender pay gap.

On average the pay gap widens rather than narrows as one reaches the highest levels of education.

Here in Los Alamos with two successful class action legal suits brought against LANL for women’s and Hispanic wage discrimination, we know we are not immune.

Amazingly, almost 50 years ago in 1963 Congress passed the Equal Pay Act, requiring employers to give men and women equal pay for equal work.

But the above statistics prove it has not ensured the expected result.

In 2009, a legal hurdle was overcome when Congress passed the Lilly Ledbetter Fair Pay Act, which allows a maximum of 180 days in which an employee may file a claim with the EEOC from any occurrence of pay discrimination.

Most recently the House of Representatives passed the Paycheck Fairness Act, which closes loopholes and puts more teeth into the earlier legislation.

The Senate however rejected this bill on a procedural vote with 58 yeas, 41 nays, and 60 yeas requited to bring it to the floor.

This issue is too important – we cannot give up.

I am waiting for the year that Equal Pay Day is celebrated on Jan. 1.

Statistics in paragraph three come from the U.S. Dept. of Labor, Bureau of Labor Statistics, 2011.

Statistics in paragraph four come from the U.S. Dept. of Labor, Current Population Survey, “Women in the Labor Force,” Dec. 2010.