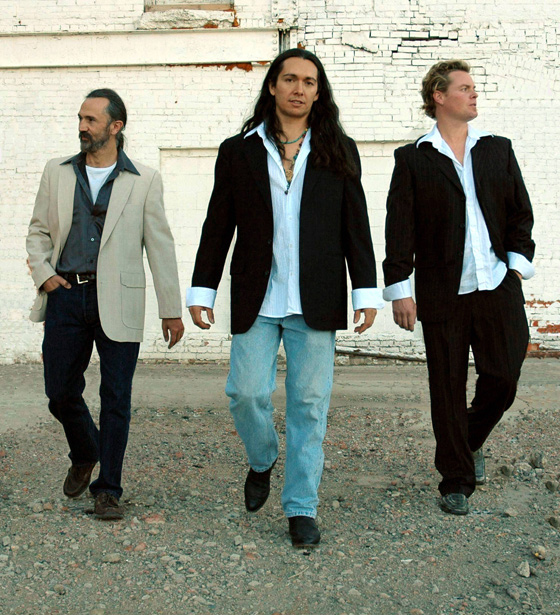 At 8 p.m. Saturday, June 29, The Todd Tijerina Trio will showcase a command of its fierce, truly unique brand of dance-R&B and blues at Pajarito Brew Pub, 614 Trinity Dr. in Los Alamos. Tickets are $5 at the door.

The Albuquerque-based group expands promotion efforts for its newest album, Meant To Be, which received four New Mexico Music Award nominations, winning Blues Song of the Year for Tijerina’s song “Nothin’ Like the Blues.”

“Tijerina’s technical prowess is glazed with a finesse that can mesmerize an audience into a state of spellbound awe. His inherent sense of the groove, however, is so strong and insistent that to sit unmoving through his performances is inconceivable,” Rima Ralff of Taos News’ Tempo Magazine said.

“His music is distinctive … his guitar playing has as much power and expression as any guitarist I’ve heard … It’s just a matter of time before he gets a major label release,” Putnay Thomas of Blues on Stage magazine said.

Tijerina’s unique sound is a result of his own take on songwriting.

“I try to sound like me and no one else,” he said. “Generally, I build around a bass line that I’ve written and try to invent a melody for the top, incorporating funk, rock and jazz ideas.”

In 2012, he was awarded first place in the Southwestern ACLU Chapter of New Mexico’s voting rights songwriting competition for his song, “Get In Line.”

His band is based in Albuquerque, though the band is originally from Chicago, where in 1999 it won Chicagoland’s Rory’s Blues Talent Competition which included 35 blues acts from across the country.

Tijerina is accompanied by his rhythm section of Dave Heidt on bass and harmony vocals and Donnie Frank on drums and harmony vocals. Both have toured internationally and recorded with various blues, funk, Latin, rock, jazz and Americana artists. Together, they are well established as a force to experience first-hand. One can sample the band’s distinctive sound by and learn more about them by visiting www.tijerinaband.com

“The songs on this new album span 17 years-worth of songwriting for me that started back in Chicago,” Tijerina said. “The Mother Road brought me from my native Chi-town to Route 66 music in Bernalillo, N.M., where the album was recorded. Most of the songs reflect personal experiences and cover topics ranging from various social issues to inspiration and romance.  We feel honored that the album did so well at the NMMAs and look forward to sharing our music at Pajarito Brewpub.”