TK Thompson has been interested in both jazz music and photography since his early teens.

His current exhibit of black and white photographs of jazz musicians plying their trade is titled “Faces of Jazz.”

The exhibit is on display in the Portal Gallery of The Art Center at Fuller Lodge.

The show continues through Aug. 4. An opening reception for “Faces of Jazz” and “Rhapsody in Blue,” the current show in the main gallery, will take place 5-7 p.m., Friday June 29.

“I noticed at an early age that sometimes musicians solo with closed eyes,” Thompson said. “How could they read the music? A musician friend then explained that they were ‘playing from the heart’ and not reading any score. This was pretty wild for a teenager in the 1950s! I learned that the eyes of the musician have the telltale sign of playing from the heart, and have focused on the faces of musicians ever since. That is how and why this project came about, hence the title of this show.” 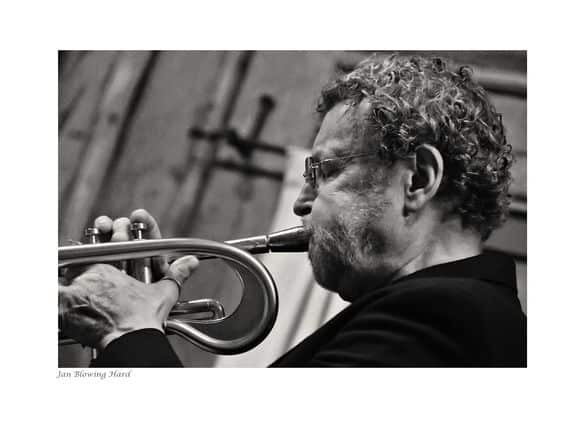 When one is playing from the heart, “one is not so much aware of what is happening around him but intensely cognizant of the inner connections of the soul with self, manifested by the outward act of creation,” Thompson said.

Thompson is a musician himself. He plays the trombone with the Los Alamos Hill Stompers.

“I like all kinds of music, he said, but if I was going to buy a recording, it would probably be jazz.”

Thompson’s photographs were taken at Los Alamos jazz concerts and all the musicians are from New Mexico.

The 16 photographs are digital and were made between 2008 and the present.

The images in this show were shot with available light using a hand held Nikon D300 digital SLR camera. 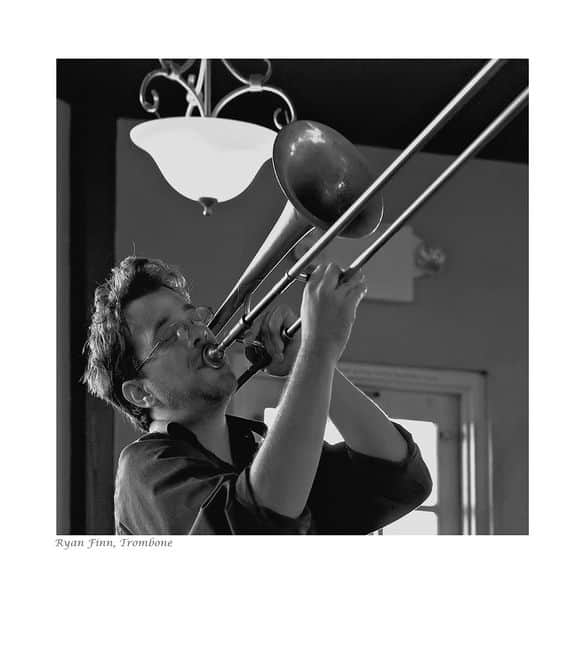 Lately, Thompson has been interested in creating projects that center around a subject or theme rather than in just shooting one image.

Faces of Jazz” is a case in point.

Shooting digital images of people is something of a departure for him, he said.

He’s more often chosen landscapes, objects or subjects from nature, such as his series depicting the glowing white trumpets of sacred datura.

Thompson’s work can be found at Karen Wray Fine Art in Los Alamos.

In addition, Thompson’s photographs can be seen regularly in the Los Alamos Daily Post.