Thoughts From the Big Chair: The Dramatic Renaissance of TV Drama 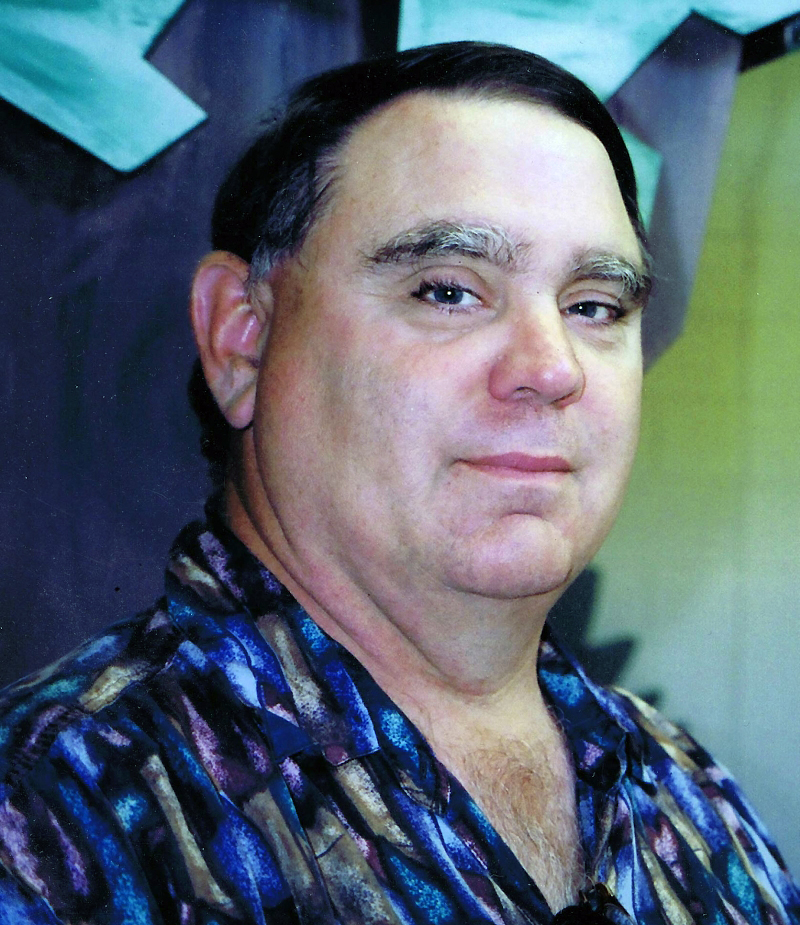 Hey gang! Let me first mention that today is the first anniversary of the entrance into our (My Lovely Bride and I) lives of Lola, our beautiful brindle Chihuahua, that we adopted from the Los Alamos shelter.

Adding her to family – along with our cats Ray and Lena  (from the Española shelter) – has completed our family. I can highly recommend that, if you have room in your family, you should consider running over to the Los Alamos shelter and find a great companion or two. We have never regretted doing it one bit.

Today is Flapjack Sunday, Lola’s favorite day of the week. She sampled Linda’s great cooking and is sitting now in the Death Ray – the strong beam of sunlight that comes through the front door in the mornings that bathes her in warmth. All is good in the world – for her and us. 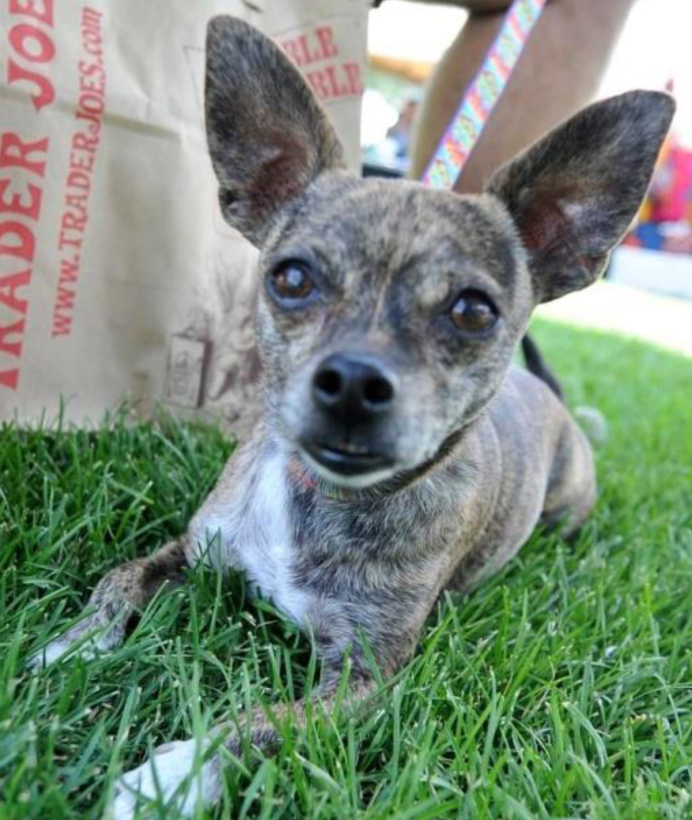 Now on to this week’s column…

The Dramatic Renaissance of TV Drama

I had this column written for last week and, right before I submitted it, I saw that Dalton Ross published a column in the Feb. 22, 2013 issue of Entertainment Weekly where he states that we are in a period of the best drama in TV history and that we should stop nitpicking about the shows and just enjoy them.

Well, anytime that Entertainment Weekly states anything with an historical context to it, I get immediately skeptical. Their reviews often demonstrate an amazingly myopic view of what has happened with time and, often, history seems to start somewhere in the 1980’s, or even later.

Way too often they will rave about things that have just come out as being amazing when, within a real historical context, they would only rank as OK or just good (and sometimes significantly less than that).

I’m sure you’ve noticed that when lists come out with the best of all time theme – the 100 best movie comedies or dramatic TV shows, for example – there always seems to be an overemphasis on fairly recent productions.

This is a known sampling phenomenon in statistics and should be taken into consideration whenever such polls are taken or discussed. But this is beyond the people who publish such things.

In paleontological terms, this is called “The Pull of the Recent” and you can talk with me about it, or just search for it on the Web.

So, if you analyze Dalton Ross’ column with a good historical fetch and a skeptical eye, it is refreshing to realize that he is actually correct – we do live in historically great times for TV drama. I would enjoy talking with him to see if he is correct for the right reasons – if he knows about the history of TV from the 40’s and 50’s. I hope he does.

So why do I say this is an historically great time for TV drama? Because I’ve been a witness to the evolution of TV since the late 1950’s and, as a paleontologist, can look at it with the eye of someone who thinks a lot about sampling bias.

It is an interesting and complex evolutionary history, however. First of all, it’s tough to know a lot about really early TV as much is unavailable in any real form, or with any reasonable image quality.

I do remember shows such as “Highway Patrol” (1955-1959), starring Broderick Crawford, and the original “Dragnet” (1951-1959) with Jack Webb. Both are interesting for a variety of reasons, including giving a taste of the pre-Miranda law enforcement world.

There were indeed shows of great quality in the early-mid 1950’s, however, although they tended to be comedies. Early TV was a great outlet for comedy because it typically does better in smaller doses (time-wise) than drama and the tube could provide a new outlet for all the talent honed in the dying world of Vaudeville.

Drama took a bit longer to get a hold on the medium of TV.

The early comedy shows included  Milton Berle, who helped get it all started and really directly translated Vaudeville to the tube. Then there was “Your Show of Shows” and “I Love Lucy” and a quantum leap occurred as these shows were revolutionary and evolutionary and showed many of the real possibilities of television.

The key event for drama, in my opinion, was the start of space exploration and the space race; also the face of the Cold War to the general public. Things got serious and by the end of the 1950’s, some dramatic shows were done that compare favorably in quality with anything ever done.

On the top of the heap is “Playhouse 90” that featured a variety of different types of shows, but excelled in great drama that holds up today and includes shows like “Requiem for a Heavyweight” (written by Rod Serling) and “Judgment at Nuremberg” that led  directly to movie adaptations, sometimes with cast overlap. Along with that show, Rod Serling’s “The Twilight Zone,” highlighted the quality writing of the time.

It was at about the time of Sputnick  (1957-1959) that many of the great shows started that defined drama and all its relevant genre. Along with  “The Twilight Zone,” you get lots of long-running series such as “Gunsmoke” and  “Bonanza,” and this lead eventually to classic 60’s shows such as “The Fugitive,” ”Perry Mason,” “The FBI,” and “Star Trek.”

At this time, we started importing wonderful series from Great Britain. They came in dribs and drabs but provided greatly entertaining drama, although often with a comedic twist.

Throughout TV history, at least since the 1960’s, there has always been this small stream of British quality TV to view. In the states, we always did a great job of cherry-picking the best of their stuff and anyone who visited England in the 1970’s and 1980’s and watched some of their more typical TV knows there was an awful lot of crap on there, as well.

By the late 1960’s and early 1970’s, the bottom sort of dropped out. The quality of American TV drama started to plummet and some real cheese-fests took over.

This was also a pretty lean time for excellent motion pictures. There were indeed some – like Mel Brooks’ movies, “Jaws” and “The Sting” – but they were pretty few and far between for a while.

It wasn’t until a bit later when Coppola, Lucas, Spielberg and others resurrected the industry and showed that quality and earnings could go hand in hand.

So in TV, with exceptions like the mini-series “Roots” and dramatic specials like 1974’s “The Missiles of October” and 1976’s “Raid on Entebbe,” we hit the TV drama doldrums.

“Charlie’s Angels,” melodramas like “Dallas” and other light-weight shows took over. Perhaps this was a response to the heaviness of the later 1960’s and early 1970’s influenced by assassinations, the civil rights battles, the Vietnam War, and Watergate.

The recovery of quality TV drama started in the 1980’s with “Hill Street Blues” and “St. Elsewhere” and rolled through the 1990’s and into the 2000’s with a series of very innovative shows like “The X-Files” and “Buffy” along with more classic fare like “NYPD Blue.” Even the cheesy shows seemed to get a bit better.

What changed is simple. It was the great expansion of the number of TV channels doing original programming – including basic cable and pay Cable.

HBO just keeps cranking out fabulous series from “The Sopranos” to “Deadwood” to “Rome” to ”Oz” to “Treme” and on and on, and other pay channels are now following suit. Basic Cable is generating shows like “The Walking Dead” and “Breaking Bad” that are incredibly original (the ones that Dalton Ross talks about mostly in his column).

So, quality has always been there since the beginning but we are enjoying a numbers game now. The networks don’t dominate TV anymore and anyone that makes a quality series can find an audience and make some money. Competition works here, and we are better off for it.

So, for the first time in my life, I don’t have time to watch all the quality shows out there that I would like to; there just isn’t time. Not even in those areas, like science fiction, that I love and prefer.

It’s great. We may have lots of problems to face these days, but the lack of something of quality to watch on TV isn’t one of them.

So we got that going for us. Until next time…