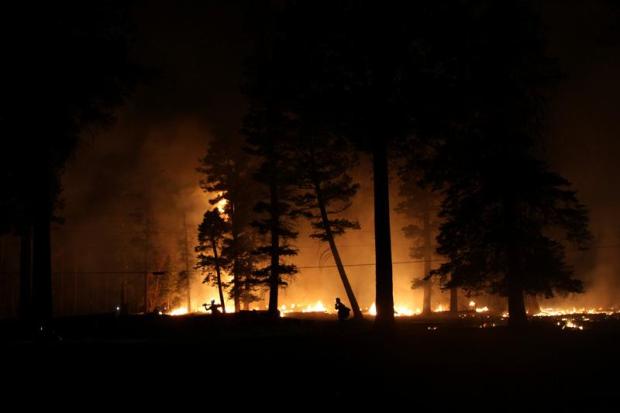 Weather so often dictates what we do and how we do it. Today through the morning hours we received a nice cover of clouds, which helped to moderate our fire behavior. The columns and runs that were expected to start early did not materialize. Because of these factors aerial ignition operations began at about 3 p.m. on the southwest side of Redondo Peak.

The firing operation was essential to closing the fireline because the area where the fire was backing down the mountain was too dangerous for direct attack due to steep slopes, dense fuels and lack of escape routes and safety zones. We delayed action until the possibility of a crown fire run was minimal. The fire had been backing down for several days and today it presented the perfect opportunity to close the last piece of active fireline.

The success of the afternoon and early evening aerial operations is allowing firefighters to go direct tonight with hand ignition.

The firing operation is adjacent to acreage that underwent hazardous fuel reduction during the fall and winter of 2010-11. This action by the Valles Caldera Trust now provides firefighters the opportunity to conduct the low intensity burnout and secure the fire line.

All points of entry to the Valles Caldera National Preserve are closed to public access due to fire activity. The Fenton Lake State Park is also closed to the public.