This Friday we are opening The Maze Runner: Scorch Trials, Far From the Madding Crowd, and Phoenix. Jurassic World will hold for another week. Vacation, Diary of a Teenage Girl, Man from Uncle, and Shaun the Sheep will end Thursday.

Next week on Sept. 25, we are booked for The Intern, Hotel Transylvania 2 and we are working hard to open Everest on the Sept. 25. Universal hasn’t committed yet but we have pressed them with the benefits of opening this film in our mountain town.  We did not make the cut for Black Mass with Johnny Depp this week but will open it as soon as possible.

The Martian, Pan, Bridge of Spies, Goosebumps, Spectre 007, Peanut Movie, and Hunger Games: Mockingjay part 2 are all on our short list. 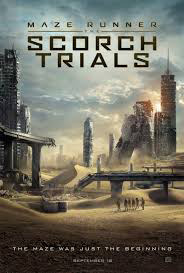 The Maze Runner: Scorch Trials: In this next chapter of the epic “Maze Runner” saga, Thomas (Dylan O’Brien) and his fellow Gladers face their greatest challenge yet: searching for clues about the mysterious and powerful organization known as WCKD. Their journey takes them to the Scorch, a desolate landscape filled with unimaginable obstacles. Teaming up with resistance fighters, the Gladers take on WCKD’s vastly superior forces and uncover its shocking plans for them all. (C) Fox  Rating:PG-13 (for extended sequences of violence and action, some thematic elements, substance use and language) Genre: Action & Adventure 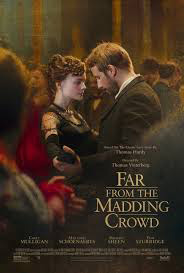 Far From the Madding Crowd: Based on the literary classic by Thomas Hardy, “Far From the Madding Crowd” FAR FROM is the story of independent, beautiful and headstrong Bathsheba Everdene (Carey Mulligan), who attracts three very different suitors: Gabriel Oak (Matthias Schoenaerts), a sheep farmer, captivated by her fetching willfulness; Frank Troy (Tom Sturridge), a handsome and reckless Sergeant; and William Boldwood (Michael Sheen), a prosperous and mature bachelor. This timeless story of Bathsheba’s choices and passions explores the nature of relationships and love – as well as the human ability to overcome hardships through resilience and perseverance. (C) Fox Searchlight/ Rating:PG-13 (for some sexuality and violence) Genre: Drama 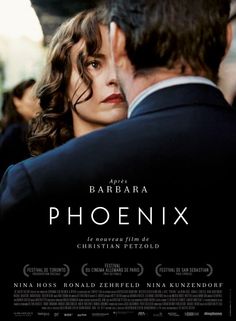 Phoenix: A spellbinding mystery of identity, illusion, and deception unfolds against the turmoil of post-World War II Germany in the stunning new film from acclaimed director Christian Petzold (Barbara, Jerichow). Nelly (Nina Hoss), a German-Jewish nightclub singer, has survived a concentration camp, but with her face disfigured by a bullet wound. After undergoing reconstructive surgery, Nelly emerges with a new face, one similar but different enough that her former husband, Johnny (Ronald Zehrfeld), doesn’t recognize her. Rather than reveal herself, Nelly walks into a dangerous game of duplicity and disguise as she tries to figure out if the man she loves may have been the one who betrayed her to the Nazis. Evoking the shadows and haunted mood of post-war Berlin, Phoenix weaves a complex tale of a nation’s tragedy and a woman’s search for answers as it builds towards an unforgettable, heart-stopping climax. (C) IFC Films Rating: PG-13 (for some thematic elements and brief suggestive material) Genre: Drama. Language: German. Subtitles: English 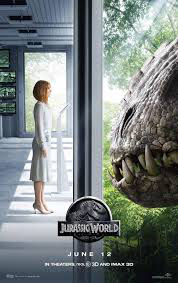 Jurassic World: Spielberg returns to executive produce the long-awaited next installment of his groundbreaking Jurassic Park series, Jurassic World. Colin Trevorrow directs the epic action-adventure based on characters created by Michael Crichton. The screenplay is by Rick Jaffa & Amanda Silver and Derek Connolly and Trevorrow, and the story is by Rick Jaffa and Amanda Silver. Frank Marshall and Patrick Crowley join the team as producers. (C) Universal  Rating: PG-13 (for intense sequences of science-fiction violence and peril) Genre: Action & Adventure, Mystery & Suspense, Science Fiction and Fantasy.