At 7 p.m. this Thursday,we are opening American Sniper. Friday we are opening Paddington and Big Eyes. Amy Adams won a Golden Globe for her performance in Big Eyes.

We are holding Unbroken for another week. The Hobbit, Night at the Museum and Into the Woods will end this Thursday.

We have booked The Imitation Game for Jan. 30. Again, we hope you can wait to see it at the Reel Deal Theater. I wish I could have gotten it sooner but that’s the best I can do.

We are hosting ourthird annual PEEC event, Back Country Film Festival, at 7 p.m. Thursday, Jan. 22. Hope you can make it. There will be fun raffles and Pajarito Brew Pub will be there serving up some nice brews. All proceeds from our box office sales will be donated to PEEC to help get their new Nature Center opened this spring. 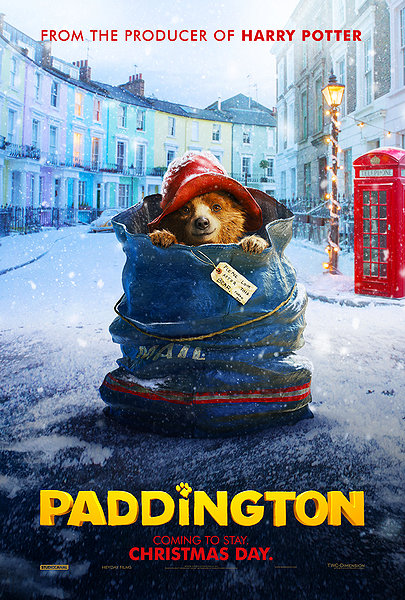 Paddington: From the beloved novels by Michael Bond and producer David Heyman (Harry Potter), Paddington tells the story of the comic misadventures of a young Peruvian bear (voiced by Firth) who travels to the city in search of a home. Finding himself lost and alone, he begins to realize that city life is not all he had imagined – until he meets the kindly Brown family who read the label around his neck that says “Please look after this bear. Thank you,” and offer him a temporary haven. It looks as though his luck has changed until this rarest of bears catches the eye of a museum taxidermist. (c) Weinstein 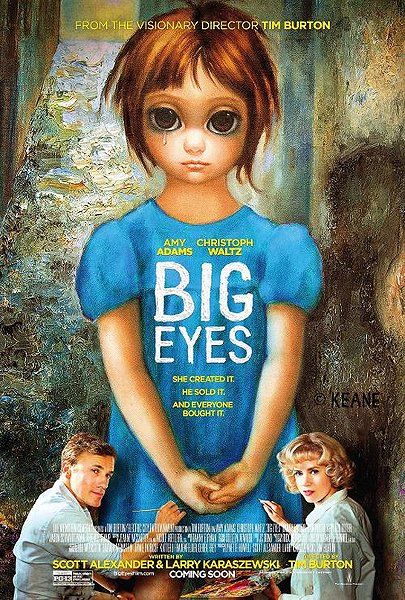 Big Eyes: Directed and produced by Tim Burton, Big Eyes is based on the true story of Walter Keane (Christoph Waltz), who was one of the most successful painters of the 1950s and early 1960s. The artist earned staggering notoriety by revolutionizing the commercialization and accessibility of popular art with his enigmatic paintings of waifs with big eyes. The truth would eventually be discovered though: Keane’s art was actually not created by him at all, but by his wife, Margaret (Amy Adams). The Keanes, it seemed, had been living a lie that had grown to gigantic proportions. Big Eyes centers on Margaret’s awakening as an artist, the phenomenal success of her paintings, and her tumultuous relationship with her husband, who was catapulted to international fame while taking credit for her work. (C) Weinstein 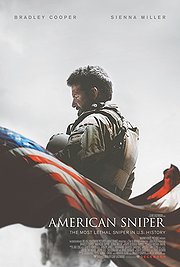 American Sniper:  From director Clint Eastwood comes “American Sniper,” starring Bradley Cooper as Chris Kyle, the most lethal sniper in U.S. military history. But there was much more to this true American hero than his skill with a rifle. U.S. Navy SEAL sniper Chris Kyle is sent to Iraq with only one mission: to protect his brothers-in-arms. His pinpoint accuracy saves countless lives on the battlefield and, as stories of his courageous exploits spread, he earns the nickname “Legend.” However, his reputation is also growing behind enemy lines, putting a price on his head and making him a prime target of insurgents. Despite the danger, as well as the toll on his family at home, Chris serves through four harrowing tours of duty in Iraq, becoming emblematic of the SEAL creed to “leave no man behind.” But upon returning home, Chris finds that it is the war he can’t leave behind. (C) Warner Bros.

Unbroken: Academy Award (R) winner Angelina Jolie directs and produces Unbroken, an epic drama that follows the incredible life of Olympian and war hero Louis “Louie” Zamperini (Jack O’Connell) who, along with two other crewmen, survived in a raft for 47 days after a near-fatal plane crash in WWII-only to be caught by the Japanese Navy and sent to a prisoner-of-war camp. Director Jolie began shooting some of the most dramatic and challenging scenes on Wednesday, October 16, on location far out at sea in Moreton Bay, Australia, with Zamperini (O’Connell) and his fellow airmen-Phil (Domhnall Gleeson) and Mac (Finn Wittrock)-having impossibly survived being adrift in the open Pacific for several weeks. Working with cameras on a floating rig in choppy waters and braving the elements, with actors dieting for months to appear as depleted as their characters, Jolie completed a successful first day of a location shoot that promises to be rigorous and uniquely challenging. Adapted from Laura Hillenbrand’s (“Seabiscuit: An American Legend”) enormously popular book, Unbroken brings to the big screen Zamperini’s unbelievable and inspiring true story about the resilient power of the human spirit. Starring alongside O’Connell, Gleeson and Wittrock are Garrett Hedlund and John Magaro as fellow POWs who find an unexpected camaraderie during their internment, Alex Russell as Zamperini’s brother, Pete, and in his English-language feature debut, Japanese actor Miyavi as the brutal camp guard known only to the men as “The Bird.” The film is produced by Jolie, as well as Matthew Baer (City by the Sea), Erwin Stoff (The Day the Earth Stood Still) and Clayton Townsend (This Is 40). Leading the accomplished behind-the-scenes crew is 10-time Oscar (R)-nominated cinematographer Roger Deakins (Skyfall). Academy Award (R) winners Joel and Ethan Coen (No Country for Old Men) rewrote the screenplay from earlier drafts by William Nicholson (Les Misérables) and Richard LaGravenese (HBO’s Behind the Candelabra).