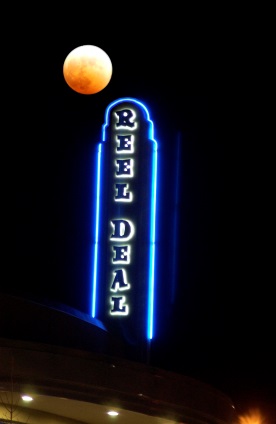 We are holding The Hobbit, Wild, Into the Woods and Night at the Museum for another week.

We have been working on our broken projector for almost two weeks now and hope to get it up and running today so we can finally show Night at the Museum.

It has been disappointing to only have three screens over the holidays, but hopefully we are close to a solution.

Just after the holidays, we will open Unbroken, American Sniper, The Imitation Game, Paddington, Big Eyes, The Wedding Ringer, Mortdecai, and Homesman.

“Into the Woods” is a modern twist on several of the beloved Brothers Grimm fairy tales, intertwining the plots of a few choice stories and exploring the consequences of the characters’ wishes and quests. 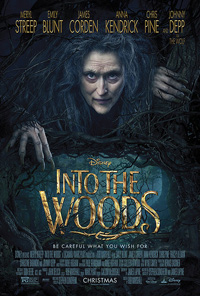 Movie poster for ‘Into the Woods’ Courtesy/Reel Deal Theater

This humorous and heartfelt musical follows the classic tales of Cinderella (Anna Kendrick), Little Red Riding Hood (Lilla Crawford), Jack and the Beanstalk (Daniel Huttlestone), and Rapunzel (MacKenzie Mauzy)-all tied together by an original story involving a baker and his wife (James Corden & Emily Blunt), their wish to begin a family and their interaction with the witch (Meryl Streep) who has put a curse on them. (C) Disney 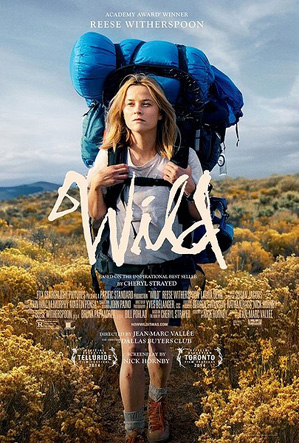 “Wild”: With the dissolution of her marriage and the death of her mother, Cheryl Strayed has lost all hope. After years of reckless, destructive behavior, she makes a rash decision. With absolutely no experience, driven only by sheer determination, Cheryl hikes more than 1,000 miles of the Pacific Crest Trail, alone. “Wild” powerfully captures the terrors and pleasures of one young woman forging ahead against all odds on a journey that maddens, strengthens, and ultimately heals her. (c) Fox Searchlight 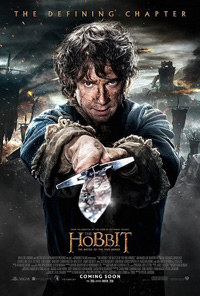 “The Hobbit: Battle of Five Armies”: From Academy Award (R)-winning filmmaker Peter Jackson comes “The Hobbit: The Battle of the Five Armies,” the third in a trilogy of films adapting the enduringly popular masterpiece “The Hobbit” by J.R.R. Tolkien. “The Hobbit: The Battle of the Five Armies” brings to an epic conclusion the adventures of Bilbo Baggins, Thorin Oakenshield and the Company of Dwarves. Having reclaimed their homeland from the Dragon Smaug, the Company has unwittingly unleashed a deadly force into the world. Enraged, Smaug rains his fiery wrath down upon the defenseless men, women and children of Lake-town. Obsessed above all else with his reclaimed treasure, Thorin sacrifices friendship and honor to hoard it as Bilbo’s frantic attempts to make him see reason drive the Hobbit towards a desperate and dangerous choice. But there are even greater dangers ahead. Unseen by any but the Wizard Gandalf, the great enemy Sauron has sent forth legions of Orcs in a stealth attack upon the Lonely Mountain. As darkness converges on their escalating conflict, the races of Dwarves, Elves and Men must decide – unite or be destroyed. Bilbo finds himself fighting for his life and the lives of his friends in the epic Battle of the Five Armies, as the future of Middle-earth hangs in the balance. (c) Warner Bros

Movie poster for ‘Night at the Museum: Secret of the tomb’ Courtesy/Reel Deal Theater 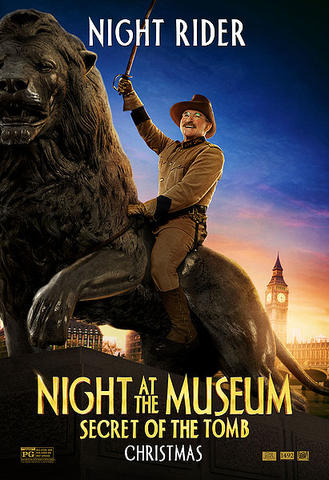 “Night at the Museum: Secret of the Tomb”: Get ready for the wildest and most adventure-filled Night At the Museum ever as Larry (Ben Stiller) spans the globe, uniting favorite and new characters while embarking on an epic quest to save the magic before it is gone forever. (c) Fox