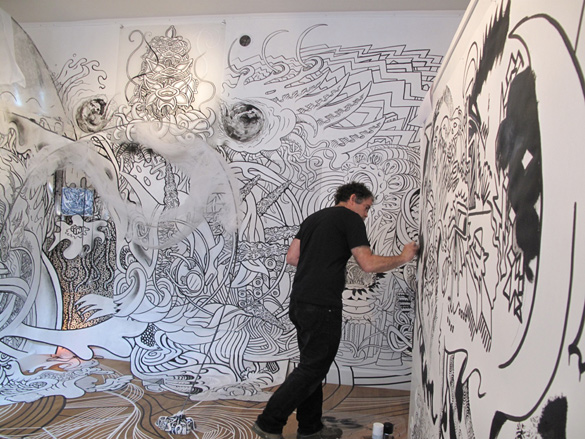 TAOS-Five artists are presenting three installation pieces during this year’s The Paseo, which is part of the Taos Fall Arts Festival, Sept. 25-26.

The selection of our Paseo- invited artists is the start of the exciting journey in curating this year’s Paseo. Matt Thomas, founder and director of The Paseo said. “These installation pieces are a fantastic example of what The Paseo is all about. We have local, national, and international artists creating the type of participatory work that The Paseo is known for, including large scale installation, performance, and cutting-edge projection technology.”

The artists whose installations will be part of The Paseo include: 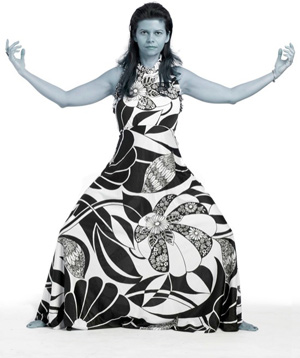 Vanessa Ramos-Velasquez with Derek Holzer
Brazilian and American, born in Rio de Janeiro; lives and works in Berlin. Holzer is an American living in Berlin.
Ramos-Velasquez will present a piece titled “A-Live.”  The piece is a video art performance with live sound art with DIY Electroaccoustics by Derek Holzer, her collaborator in this piece.

She describes her work as an excursion into live videomicrography where visual and aural elements share DNA and the organic and synthetic merge. A potent and portable microscope undergoing some hacking serves as instrument to create video with organic substances that seem to devour each other, an allusion to the theme of Anthroppophagy or cannibalism. Holzer’s sound art apparatus is at times linked to the microscope to co-affect the organic particle movements. Ramos-Velasquez said, for Taos, the performance inspiration is of a hermeneutic nature, ‘as above, so below,’ the alchemy of earthly organic matter generating a cosmic vision, creating a continuum with the wide open sky of New Mexico gracing the outdoor performance.

Edie Tsong and Michael Lopez
Tsong and Lopez live and work in New Mexico. This participatory performance piece comes from just down the road in Santa Fe and Albuquerque. Participants are invited to share their personal love story to a typist who will manually type out the deep, and not so deep, expressions of love. From there, Tsong said, “the participant keeps the original letter and the carbon copies are kept and passed onto a messenger who sits atop a 12-foot ladder who declares these letters to the world via bullhorn. After the letters are released to the world, they are kept on display onsite.”

Paul Santoleri
Santoleri lives and works in Philadelphia. Santoleri’s installation, titled, Feathered Dragon, will incorporate objects he has collected, dream images, flowers, and drawings that will be presented in the Taos historic district combined with projected imagery. He said, “I imagine the piece to be mostly translucent … the dragon will wrap around an existing structure; either a tree, streetlight or some other urban fixture to give it both improved solidity and context.”

The Paseo planning committee will soon announce the acceptance of more than 20 artist submissions to the festival’s Call for Entries. The actual number of artworks presented, Thomas said, will depend upon the success of fundraising efforts to pay each artist an honorarium and all installation expenses.

In 2014, the first year for The Paseo, funds were raised through a Kickstarter campaign and grants from Taos Fall Arts Festival, the Town of Taos, and The Museum of Outdoor Art in Denver. 22 artists participated and approximately 3,000 spectators crowded the streets of Taos to experience the artworks.

It is billed as “a 100 percent free public art event.” Pre- and post-festival events will include artist workshops, discussions and gallery exhibitions of “on-the-wall” interpretations of the street art installations.