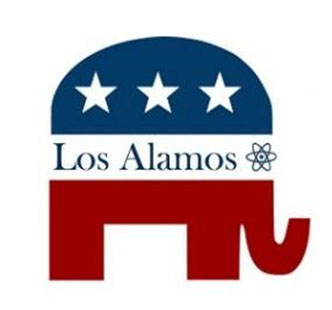 The Elephant in the Room
By the Los Alamos Republican Party

The Republican Party of Los Alamos and the Los Alamos Federated Republican Women are pleased to announce that The Honorable Saira Blair will be the keynote speaker at the annual Constitution Day Dinner Sept. 19. 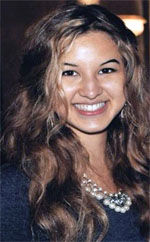 Delegate Blair made history in 2014 by becoming the youngest person ever to be elected to a state legislature in the United States. One week before she graduated from high school, Blair defeated Republican incumbent Larry D. Kump in West Virginia’s 2014 primary election.

Blair could not cast a vote for herself in that election because she was only 17. That fall, the young candidate ran her campaign out of her WVU dorm room. Midway through her first semester as an economics and Spanish major, Blair beat her opponent, Democrat Layne Diehl, in the general election with 62.7 percent of the vote.

A self-proclaimed conservative, Blair has been recognized by Forbes’ 30 under 30, Christianity Today’s 33 under 33 and Business Insider’s Most Impressive High School Graduates of 2014.

Delegate Blair said she believes that pursuing conservative principles is the best path forward for her home state and the country. She also believes that it’s never too early, nor too late, to become involved in politics. It’s no surprise that the Washington Post’s political blog, The Fix, named Delegate Blair to the list of 40 Most Interesting Women in Politics.

Blair recently testified at a congressional budget hearing on emphasizing how important it is for Americans to pay attention to government spending. Delegate Blair is passionate about restoring prosperity to her home state of West Virginia and equally passionate about encouraging her fellow millennials to be politically aware and active. It’s not unusual for politicians and government leaders to testify in a congressional hearing, but it is unusual when that leader is 19 years old.

The Los Alamos community is invited to meet Blair during a reception 1-3 p.m. Saturday, Sept. 19 at UNM-LA, Building 2 in the Student Center. This event is free to the public and refreshments will be provided. All are welcome and encourage to attend.

The Constitution Day Dinner follows 5:30-8:30 p.m. at Cottonwood on the Greens. A silent auction begins at 5:30 p.m., with dinner at 6:30 p.m. In addition to  Blair’s talk, winners of the Constitution Day Essay Contest will be presented and read their essays.

For more information on attending this event, contact Kelly Benner at 505.490.2701, or visit the event page on Facebook or the Republican Party of Los Alamos website losalamosgop.com. RSVP to Kelly Benner for the dinner no later than Tuesday, Sept. 15.