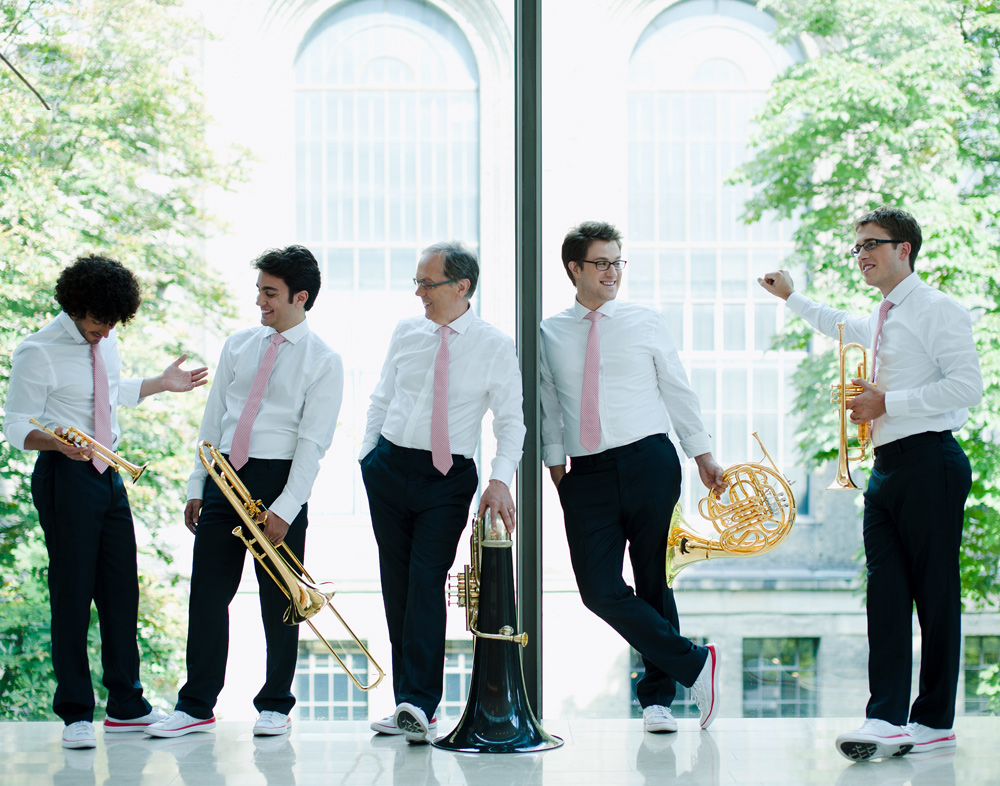 The Los Alamos Concert Association kicks off its 2013-2014 season with a concert featuring The Canadian Brass.

“These are the men who put brass music on the map: with their unbeatable blend of virtuosity, spontaneity and humor, they brighten the rosters of concert halls, international festivals and orchestra series throughout the world. Their numerous recordings, frequent television appearances and tireless efforts in the realm of music education have resulted in vast new audiences for the art of the Canadian Brass,” a reviewer for the Washington Post wrote.

The varied Canadian Brass repertoire features brass standards as well as a wide-ranging library of original arrangements created especially for them. These include the works of Renaissance and Baroque masters, Classical works, marches, ragtime, Dixieland, Latin, jazz, big band, as well as popular songs and standards.

Having started with a very limited base, Canadian Brass has created their own musical world by transcribing, arranging and commissioning more than 200 works. They have transformed a previously neglected group of instruments with a limited repertoire into a versatile and vital ensemble that can play everything from Bach to the Beatles.

With more than 100 albums and an extensive world-wide touring schedule, Canadian Brass is an important pioneer in bringing brass music to mass audiences everywhere.

They have sold well over two million albums worldwide. They continue to score Billboard chart positions — most recently with their rousing recording of patriotic songs and marches, Stars & Stripes: Canadian Brass Salute America, which spent eight weeks in the Top 25 on the Billboard Classical Chart during the summer of 2010, peaking at number two.

Touring legends with an enthusiastic fan base, the Canadian Brass play to packed houses throughout the USA, Canada, Japan and Europe. They were the first brass ensemble from the West to perform in the People’s Republic of China as well as the first brass group to take the stage at the venerable Carnegie Hall.

Masters of concert presentations, Canadian Brass has developed a uniquely engaging stage presence and rapport with audiences. Whatever the style, the music is central and performed with utmost dedication, skill and excellence. The hallmark of any Canadian Brass performance is entertainment, spontaneity, virtuosity and, most of all, fun.

In this tradition, the Los Alamos concert will feature works by a wide range of composers, from Bach to Bizet to Gershwin.

The concert will take place at 4 p.m. Sunday, Sept. 29 in the Duane Smith Auditorium. Tickets are available through the Los Alamos Concert Association website at www.losalamosconcert.org or CB FOX and both Smith’s grocery stores.