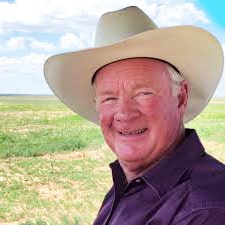 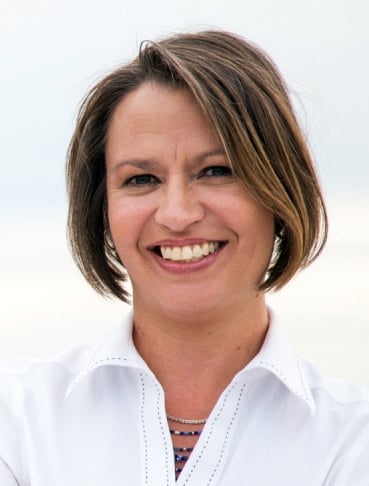 This large influx of out of state spending in this historically obscure office has drawn the attention of many political observers. A review of finance reports from the previous two election cycles shows that all spending from all candidates and supporting PACs has never come close to the amount this one PAC is spending this year.

Financial disclosure forms filed with the New Mexico Secretary of State in early October reveal that the “New Mexico Strong” PAC received an influx of more than $2.7 million from the oil and gas industry, namely Chevron, with all of the resources to date being spent in the State Land Office election, supporting Republican candidate Patrick Lyons and attacking Garcia Richard.

The Austin based “New Mexico Strong” PAC’s disclosure forms also revealed the group’s connections to other national conservative figures and groups with a history of questionable practices. The treasurer of New Mexico Strong is Cabell Hobbs, an individual who also has served as the treasurer for a PAC run on behalf of Vice-President Mike Pence.

Hobbs also works directly for the billionaire Koch brothers and their organization “Americans for Prosperity”. In addition, Hobbs is listed as the treasurer for the “John Bolton Super PAC” founded by John Bolton, President Donald Trump’s national security advisor. This PAC has been accused of illegally conspiring with Cambridge Analytica.

Attempts by the Los Alamos Daily Post to reach Hobbs for comment on why this race has attracted the attention of the Austin based PAC and its petroleum industry funders have not been returned.

An analysis of the Office of State Land Commissioner reveals that the recent “oil boom” that is increasing oil production across the region may be driving industry spending in this political contest. The New Mexico State Land Office oversees 9 million surface and 13 million subsurface acres of state trust lands and their mineral rights.

The State Land Commissioner and staff are directly responsible for negotiating leases of these lands to any entity that seeks to use them, with the vast majority of the revenues going to the permanent fund to pay for education and state-funded hospitals. The Petroleum industry is by far the largest lessor of New Mexico state trust lands, paying a royalty on petroleum produced on state trust lands. Currently, state statute caps that royalty rate at no more than 20 percent of extraction profits. Texas caps their royalty rates at 25 percent.

In this year’s campaign for state land commissioner, the Democratic candidate Garcia Richard has pushed for increasing the cap to match that of Texas, an increase that would require oil companies to pay more into the state’s education fund. The average royalty rate across the state stands at 18 percent, but Garcia Richard also has voiced concerns over past land commissioners, including Lyons issuing leases to the oil companies that have allowed them to claim exemptions for equipment and overhead expenses resulting in some wells paying no royalties at all.

When questioned about this practice at a Santa Fe candidates forum, Garcia Richard said she seeks to emulate other states that have implemented a ban on some of these exemptions. Lyons has opposed any such increase. Financial disclosure forms reveal that the largest contributor to Lyons’ campaign is the petroleum industry.

Another issue is in the natural gas industry. In August 2016, a NASA study revealed that a large natural gas or methane “cloud” was discovered over the four corners region. This is the largest release of methane, a greenhouse gas in the United States. Subsequent investigation revealed the source to be the natural gas industry in northwest New Mexico and southwest Colorado, and that the industry was leaking an estimated 570,000 tons of methane into the atmosphere each year due to intentional emissions, leaks, and intentional flaring, or burning off excess gas.

This leaked methane is worth between $182 and $244 million based on market prices and is the property of the citizens of New Mexico. Garcia Richard has drawn the ire of industry insiders by calling on new regulations to end the methane loss, similar to regulations adopted in Colorado two years ago. Lyons has also said he wants to stop the loss of methane but was opposed to new regulations on industry.

According to FCC reports and tracking of campaign spending, to date the “New Mexico Strong” PAC has spent nearly $2 million in television ads, online advertisements and a website, the vast majority of the funds used to attack Garcia Richard. The attacks center on claims that Garcia Richard, a teacher and chair of the House Education Committee, voted against $25 million in funding for education, voted to increase state officials’ salaries and for tax increases. Lyons has said that he has had no coordination with “New Mexico Strong” and did not invite them to help his campaign.

Garcia Richard has recently received assistance from a different PAC and FCC filings reveal that “Verde Voters”, a Santa Fe based PAC associated with the environmental activist group Conservation Voters New Mexico has invested $300,000 in an advertising campaign attacking Lyons.

The “Verde Voters” PAC ad does not mention Garcia Richard but spends 30 seconds listing a litany of documented cases where Lyons, a former Land Commissioner was found to have taken contributions from land developers and oil companies, engaged in land sales to his contributors that were later overturned as illegal, sent a state-funded staff attorney to fight his traffic ticket, and was found by the New Mexico State Auditor to have cost New Mexico $40 million in lost lease revenue and urged to resign.

The New Mexico Democratic Party also has published a website detailing some of the allegations against Lyons.

Tuesday, Nov. 6 is election day and the results will be telling as New Mexicans learn what the impact that millions of dollars in Super-PAC money can have on a historically obscure race. Readers can review the competing PAC claims themselves at their published websites https://recklessrichard.com/ and https://lyinlyons.com/.