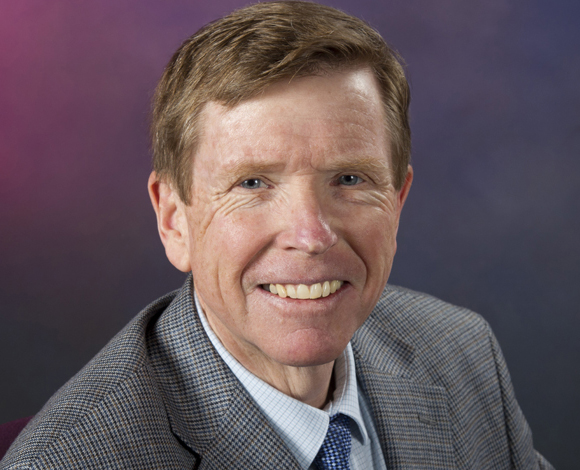 Terry Wallace, principal associate director for Global Security at Los Alamos National Laboratory, will talk about potential emerging threats in a lecture at 5:30 p.m., March 12 at the Bradbury Science Museum. The talk is the third in a series of evening lectures planned this year at the museum that are free and open to the public.

“During the next 20 years, as the global population approaches 9 billion people, the world will face new and daunting challenges in energy, the environment, health and natural resources,” Wallace said. “Los Alamos is thinking about this changing world and how it can employ scientific and technical resources to help predict and mitigate emerging threats.”

These changes are leading decision makers to anticipate dramatic shifts in economic power and a new asymmetry in military authority as increased competition for finite resources begins to color the political, social and economic fabric of the world, according to Wallace.

His talk, titled “Storms on the Horizon: National security challenges coming in science and technology,” will focus on how the Laboratory will address these issues and help the government respond.

Wallace holds doctoral and master’s degrees in geophysics from the California Institute of Technology and bachelor’s degrees in geophysics and mathematics from the New Mexico Institute of Mining and Technology. His expertise is forensic seismology—a highly specialized discipline focusing on detection and quantification of nuclear tests. His research has focused on measuring the effects and behaviors of explosive sources in complex environments, and assessing various geophysical signatures to determine explosive yields.

In 2011, Wallace gained the rare honor of having a mineral named after him—Terrywallaceite— by the International Mineralogical Association Commission on New Minerals, Nomenclature and Classification.