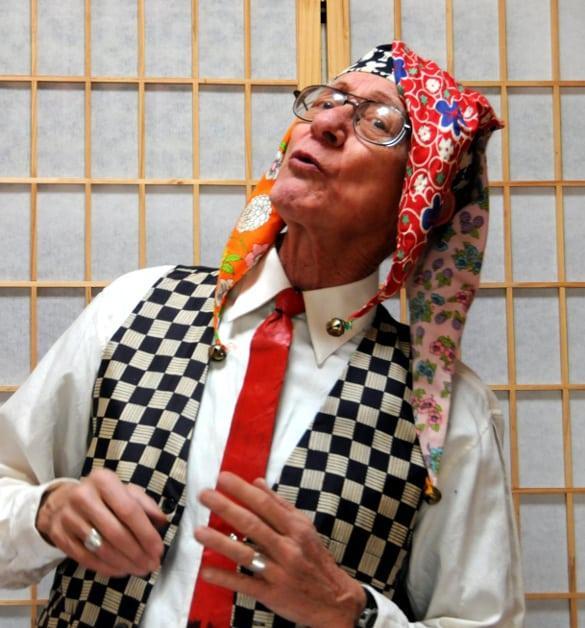 Larry Goodell. Photo by Lenore Goodell
Teatro Paraguas News:
Info: teatroparaguas.org; larrygoodell.com
Teatro Paraguas will host a book launch and poetry reading with Larry Goodell reading from his new book Nothing to Laugh About, at 2 p.m., Sunday April 22 at Teatro Paraguas, 3205 Calle Marie. Admission is free.
Larry Goodell is from Roswell originally and has been living and working in Placitas since 1963 when he started Duende Press. He worked for years in the Living Batch Bookstore in Albuquerque and helped set up many readings some of which he recorded and makes available on Bandcamp, along with numerous albums of poetry readings at the Duende Poetry Series at the Placitas Winery.
Larry’s new book is Nothing To Laugh About, poems 2015-2016. This follows the trilogy of Broken Garden, Digital Remains, and Pieces of Heart, all from Beatlick Press in Albuquerque. He’s pushed a big variety of his poetry and writings and makings online and most of it can be explored from links on his website. http://www.larrygoodell.com/
Larry independently burst off the page as a “performance” poet in the late 60’s and early 70’s. His duende press, founded in 1963, is now reactivated with Latif Harris’ Barter Within the Bark of Trees, The Oxbow Poems by Jim Burbank, Dancing the Snow by Jim Fish, and Swoosh of Herons by Ray Johnson. Many things to celebrate in his 82nd year.
Recent Comments for Nothing to Laugh About 2017:
Praise to the Good-deli poems that were delivered from the Greatest Word & Art Deli in America. – Gino Sky
Nothing to Laugh About is vintage Larry: funny, tragic, graceful, political wordsmithing with everything organic, moving, remembering, loving. – John Macker
His performances, combining various props with strong poetry, are events to be remembered. Larry was born and grew up in Roswell, New Mexico. Aside from his own poetry and his important curatorial work, he has developed one of the most valuable archives—audio as well as photographic—of several generations of US American writers: our images, our work, our amazing doings, in short: our history. – Margaret Randall
Goodell gets my vote as one of the great ones! He has moxie, humor, politics, and he’s crazy like a dancing Fox! The whole f*cking world is nothing to laugh about, and yet he manages to make me laugh (or Weep!) while he’s twisting in the knife. – John Nichols 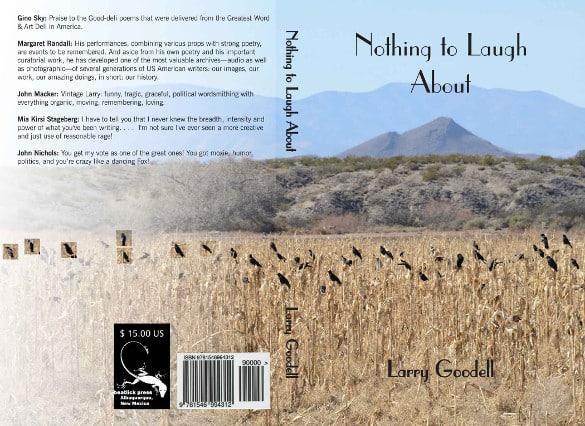