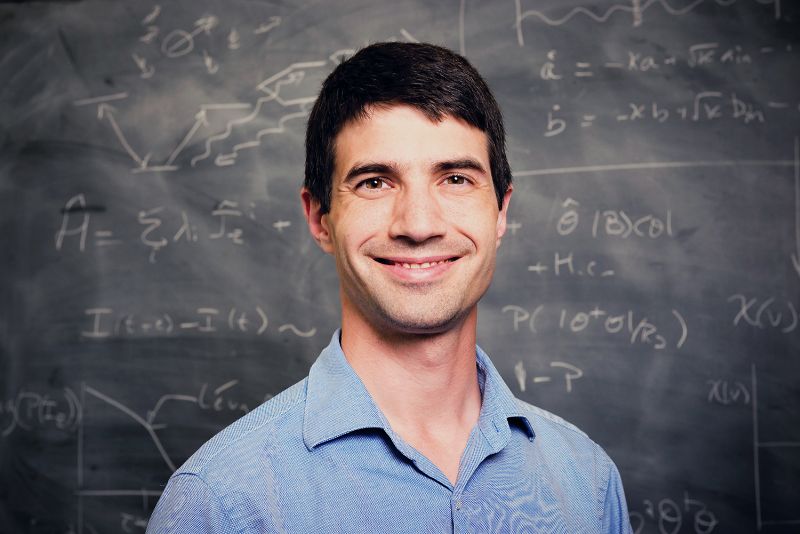 A fellow at the Joint Quantum Institute (JQI), Taylor has already developed a number of original theories on the cutting-edge of theoretical physics.

One such idea is a way to allow magnetic resonance imaging to more effectively be utilized on the molecular level. This holds the promise of providing more detailed health information, better diagnoses, more targeted medical treatments, and more rapid discoveries of new drugs.

Taylor also has a pending patent on a process that would increase the quantity of data that could be sent through the Internet while using less energy, and his theory on computing has the potential to advance scientists much closer to the goal of achieving quantum computing – an extraordinary development in the field of physics that would allow for unprecedented increases to calculation speed.

Taylor’s contributions have already been examined by scientists worldwide working on computing technology. In addition to his research, Taylor he has also found time to publish more than 50 peer-reviewed articles and is a valuable mentor for graduate students looking to follow his path.

It is this dedication and creativity that has made him stand out to his colleagues and others in his field.

The Samuel J. Heyman Service to America Medals pay tribute to members of America’s dedicated federal workforce like Jake Taylor, highlighting those who have made significant contributions to the United States.

Selected by a committee that includes leaders from government, business, media, academia, and civil society, honorees are chosen based on their commitment and innovation, as well as the impact of their work on addressing the needs of the country.

The JQI is a collaborative venture of NIST and the University of Maryland, College Park.