Tales Of Our Times: Ideas Are The Victims Of Political Campaigns 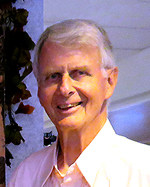 Tales Of Our Times

Ideas Are The Victims Of Political Campaigns

Entrepreneurs, scientists, and technologists treasure ideas and innovation as the lifeblood of prosperity. The best of music creators, designers, and football coaches poke everywhere to find a ray of new light to combine with the tried and true. Creative companies know that ideas are squelched or sparked by factors as humdrum as the work environment, so they work to create new and better work forums.

Meanwhile the political system does its best to kill all ideas. We overlook the dusty creep toward this end. What impels this losing game? To begin, ideas are always risky. An idea is a risk first of all because it may fail. A worse risk is if the idea is a huge success and brings some honor and riches to a direct competitor. There’s the rub.

As John Steinbeck said of his writings, “Ideas are like rabbits. You get a couple and learn how to handle them, and pretty soon you have a dozen.” Supreme Court Justice Oliver Wendell Holmes, Jr. perceived: “Many ideas grow better when transplanted into another mind than in the one where they sprang up.”

We have a basic human dilemma. An idea by nature combines varied viewpoints, so a sound idea risks having another viewpoint gain partial credit for it. In the worst case, partial credit could take the form of votes for your opponent in the next election. This fearful risk fuels the powerful instinct in politics to kill ideas at the outset.

Politics has its ways that easily kill. A common means of squelching ideas uses the common pool of principles. It is not as innocent as it seems. Principles may lead to ideas and an invention, but they are not invention. Principles do not make anything. Millions of people came and went knowing the principles that E = IR and materials cannot burn without oxygen. Yet it took the versatile mind of Thomas Edison to combine these two concepts and invent a useful incandescent light bulb.

Given a societal problem to work on, Republicans recite the words “freedom” and “liberty.” Then say them again. In return, Democrats say their principal words—“justice,” “equality.” Then again. Each party repeats its “principles” as if they were party ideas. None is a map for getting results. Should we work on having liberty or work on justice for all groups? Those words sound vaguely familiar, but why? ..Ah! It is our nation’s Pledge of Allegiance, which ends, “…with liberty and justice for all.” The words in that fleeting moment make no distinction between parties.

In sum, the parties match each other in pledging allegiance to our indivisible nation. Then each party pursues its separate choices of the principles that stand together in our common pledge. No principle is a tangible item, such as a light bulb. The principles all hold. And any ideas from combined principles are all dead.

Another routine way to kill ideas is the quasi-debate. Theory says good ideas grow with debate and rise to the top; bad ideas fall away. The theory is sound, but it cannot work when the debate spends itself on the flaws of the person or party proposing an idea. Political debate has shriveled to this poor proxy.

Our nation sees, admires, and prospers from endless ideas streaming from science, technology and business. New and better ideas grow where the streams mix and mix again. Only in bastions of politics do people believe advances depend on repelling every grain of thought from outside the walls.

Uncle Sam needs ideas to thrive. Ideas (like a light bulb) must spot key principles and connect them.