Tales Of Our Times: Efficient Rules For Fracking Stem From Unique Tracers 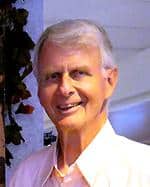 Tales of Our Times

Efficient Rules For Fracking Stem From Unique Tracers
Politics is lightning quick in using social media. Still, politics lags years behind in using smart tools for efficient regulation. Up till now, talking fast has not helped politics be more businesslike in putting digital devices to their best uses.

People at work in other fields prize the latest tools that work wonders, saving time and money all around. Smart tools are common in homes, schools, commerce and industry. Yet, the urge to be efficient flickers out when it comes to rules. The political style has led to rules that are clumsy, slow, and costly.

Balky rules are products of zealous duels: Lots of people want more controls and stricter rules; lots of others want fewer controls and less costly rules. These constant campaigns are not much for sorting through new tools that every day are doing more tasks better, faster and cheaper. Today, elections that preach for and against rules could just as easily teach means of doing better with less force, for less cost.
New Mexico Citizens for Clean Air & Water made these points at a regulatory hearing in New Mexico as long ago as 2011. The issue was fracking. “Fracking” means hydrofracturing of deep rock formations to extract more gas and oil from them. The question of the hearing was the extent to which companies have to reveal all the contents of the fracking fluids they inject into rock layers.
Companies do not want to list the composition of their fracking fluids. The mixtures are called “trade secrets.” The very names of contents sound ugly, such as ethylene glycol; naphthalene; 1,2,4-trimethylbenzene; formaldehyde and dozens more. The concealed facts heighten public fears.
Fracking fluids naturally remind us of tracers. A tracer is a tiny amount of a chemical that would clearly identify the origin of contamination from fracking, should it occur. Tracers have been used for decades to reveal the pathways of drugs in the body, food chains in nature, and pollutants in air or water. In 2011, we discussed ways that adding unique tracers to fracking fluids, coupled with smart tools, could simplify rules.

Since then, tracers for fracking have come far. Yet, smart tracers are still outcasts from either big party that wants less wasteful regulation.

Suitable tracers for fracking fluids need certain qualities:
Advances lead to advances. Today’s tracers show great promise, as they lead on to better tracers. “BaseTrace” is a startup company formed by a group of Duke University graduates. As the company describes: “BaseTrace provides DNA-based tracers (‘liquid barcodes’) for industrial fluids in large, complex environments such as those in nuclear and oil & gas. BaseTrace’s sensitive detection process uses biotechnology to pinpoint leaks or determine if fluids have migrated into groundwater. BaseTrace is capable of generating billions of unique, environmentally inert tracer signatures.”
A second tracer company is “FracEnsure.” As the company describes: “FracEnsure has developed a proprietary paramagnetic tracer that will revolutionize hydraulic fracturing. Despite a lack of documented cases, public demand for service companies to prove that their fracking operations are not polluting local water aquifers has grown substantially in recent years. FracEnsure’s tracer is completely safe, non-radioactive and it provides many benefits over standard chemical tracers.”
The trails left by tracers can be tracked better and faster than citing paper trails. Thoroughly tested means of following tracers open the way to rules that are simpler and cheaper to comply with and to enforce. Whatever their interests are, people mostly overlook the paradox of keen regulatory tools: The best probe for finding who is wrong is also best for finding innocence. The power to probe deep and far finds what is there.

We must, of course, watch for skulduggery. Care is needed to ensure that no company avoids adding a tracer. Care is also needed to dash a mischief-maker’s hopes of adding a fake tracer to a water supply. These are not charges, merely troubles that can be averted.