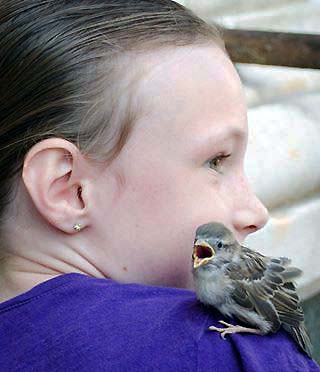 I am an ecologist by training and interests; I love the out-of-doors. But with all the gadgets we have now (ipads, cellphones, computers), how do our children and grandchildren learn and become passionate about the natural and cultural world around them? How do we teach them earth-care and tolerance?

I passionately believe that the only way we come to appreciate the world around us is to be out exploring and experiencing the world. Climbing trees, playing in the mud, and sitting in the sunshine watching the birds fly by can inspire us, calm us, and most of all lead us to learn more. Seeing new places through travel, experiencing new cultures can also help with a sense of appreciation.

I think my granddaughter Sydney’s stories about the sparrows and the pigeons of Florence, Italy is illustrative of experiences that spark an interest in knowing more.  When we come to appreciate the common, how much more likely will we appreciate everything  else. 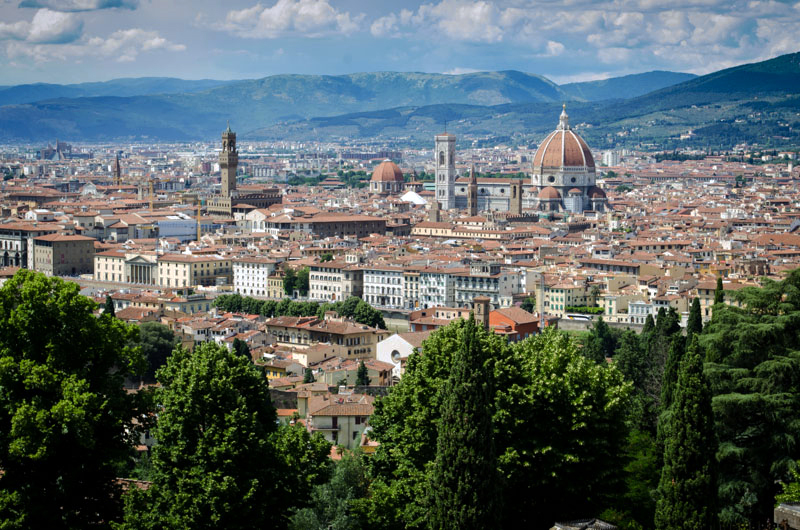 Sydney, 8, and her parents spent the month of July in Florence, Italy as one of the stops on their around-the-world trip. As I have mentioned before, Sydney is required to write a blog about an experience each week as part of her homeschooling.

She must first hand-write her blog before she can put it on the computer. Sometimes it is a struggle for her to write but her parents said that she wrote 500 words easily because of her experience with the birds.

Here are two stories about Sydney’s encounters with the Birds of Florence. Her close encounters will be something she will remember for a long time and hopefully stimulate her interest in birds and other animals found round the world as she travels the world.

Today you will learn about the birds of Florence and how she met them.

The Story of Chirp the Tiny House Sparrow
By Sydney Frazier

As I was waiting in line for the Duomo (Florence, Italy), I saw a cute little bird. The little bird was injured. At first I so badly wanted the railing separating us to be gone, so I could just pick him up. I looked at him again and he was limping around. I held out my hand thinking he would limp away.

Wrong! He started limping towards me. When he was close enough I gently picked him up. He was very soft. He could fly about 5 inches. All of a sudden he flew on my shoulder and stayed there. 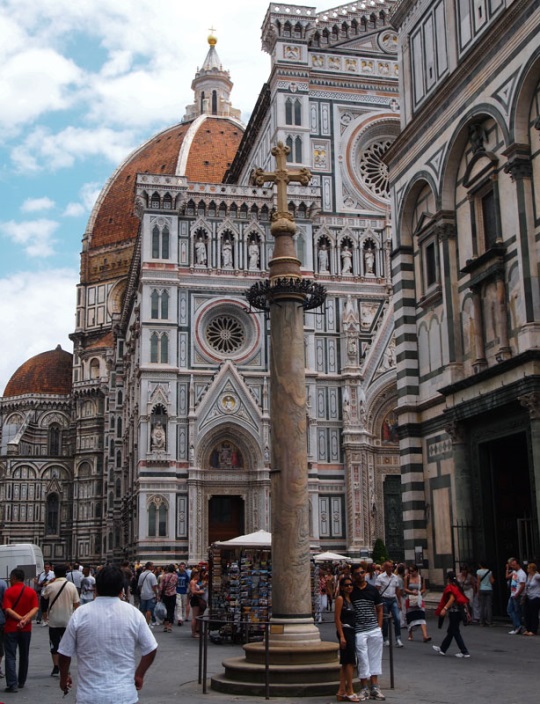 That was the friendliest bird I ever met. He had his beak open. I named him Chirp. It took a little while to get him off my shoulder when it was time to go in the Duomo, because his claws were stuck on my shoulder.

You know the story about when I was talking about Chirp? Well since I was telling you about Chirp, do you want to know some facts about him? 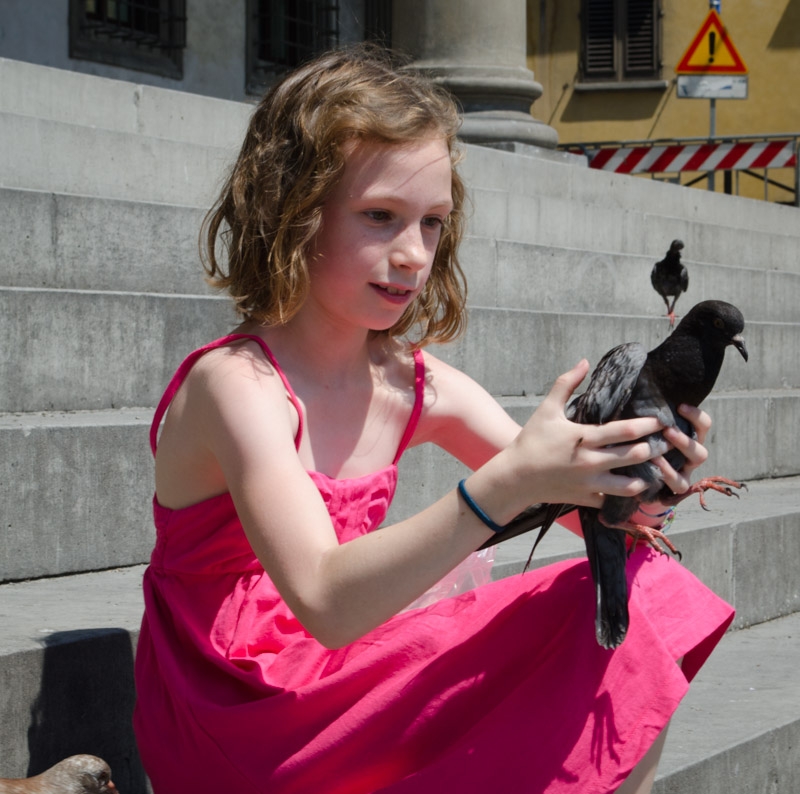 The Story of Feeding Pigeons

I found the perfect place for feeding pigeons in Florence. Sorry, but I am not going to tell you the perfect place because it is a secret. I just put a piece of bread on my knee and pigeons would land all over my body. A lot of times I will put a piece of bread on my foot and the pigeons will land on my foot. I will then catch them and then release them.

It is a weird feeling having something peck at your foot. A few of them I named. Their names are Slow Poke, Knight, and Blacky. Sometimes I will put the ones I catch on my lap and pet them.

It is kind of weird having a pigeon eat out of your hand. It does not hurt but it has a soft pecking feeling to it. Pigeons are very soft. It feels like catching a pigeon is the best thing that happened to me.

I am sure they are always craving food. I realized a lot of the pigeons that are hurt go to touristy areas or the park because there are rarely any cars. They get free food and plus there are lots of shady places and places to hide. If I was a pigeon I would go to the Duomo, because there would be other birds and lots of food. I would have a blast and have a lifetime of food.

Now you know all about the birds of Florence.