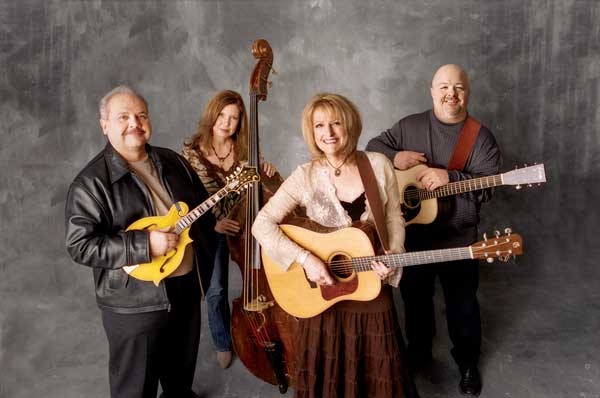 This Friday, the Los Alamos County Summer Concert Series is thrilled to present the Claire Lynch Band. The show is part of the American Cancer Society’s Relay for Life. The show begins at 7 p.m. at Ashley Pond.

The show is free of charge and it will be incredible. Claire Lynch is a singer/songwriter and was a rare woman’s voice in the bluegrass field when she first led the Front Porch String Band in the 1970s. The Band was very successful, but stopped touring in 1981.

Claire became an in-demand session vocalist backing people like Dolly Parton on her albums and tours as well as Linda Ronstadt, Pam Tillis, Patty Loveless, Kathy Mattea, Ralph Stanley and many others. Claire has a hillbilly angel voice with a sweet high country twang. Her voice reminds me a lot of Dolly Parton and Allison Krauss.

Claire Lynch has been nominated for two Grammy Awards and has been won the International Bluegrass Music Association’s award for “Top Female Vocalist” twice. She has also won the IBMA for “Best Song.”

“Claire … has one of the sweetest, purest, and best lead voices in the music business today,” according to Dolly Parton. Claire sang on both of Parton’s bluegrass albums, “The Grass Is Blue” and “Little Sparrow.”

Lynch has been extending her musical boundaries the last few years. Her new album coming out in September is a swing CD. She grew up listening to country music in northern Alabama and that is also a part of her repertoire.

She’ll play a lot of bluegrass Friday night but we’ll also hear some of the swing album, her country music and even some Cajun. Bluegrass purists aren’t thrilled with her change in direction but she is an artist that is branching out. She’s an Americana artist.

Pato Banton, the English reggae superstar who was supposed to play this Friday, had to cancel his performance and his tour. He is back in England and hopefully recovering from an illness.

Friday, Aug. 30 we’ll be at Los Alamos National Bank for a concert by D.K. & The Affordables. The Affordables are playing all over northern NM and southern Colorado these days. They’re from Los Alamos and play the roots of rock music and a lot of rockabilly. You can read about them at www.dkandtheaffordables.com.