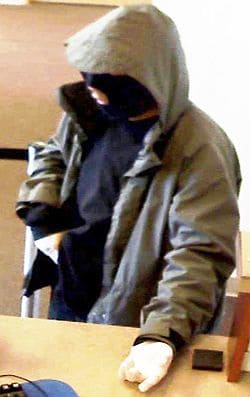 The FBI and Santa Fe Police Department are investigating an armed bank robbery that occurred Friday, March 16, at the Bank of Albuquerque at 706 Saint Michaels Dr., #A in Santa Fe.

The suspect is described as a Hispanic male in his early 30s, 5’8” tall, with a medium build and black hair.

He wore an olive-green jacket with a hood, jeans, a dark mask, and white gloves.

Witnesses say the suspect walked into the bank at approximately 12:45 p.m. and demanded money from a teller. 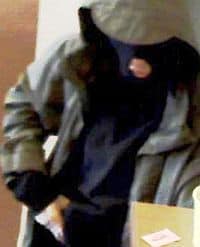 He left the bank with an undisclosed amount of money and was last seen leaving the scene in a white SUV.

Authorities are investigating whether this suspect could be related to other bank robberies. 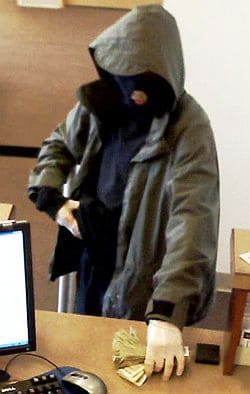 Bank robbery is punishable by a 20-year prison sentence for each offense and the penalty increases if a dangerous weapon is used in the commission of the crime.

The FBI may pay a reward of $1,000 for information leading to the suspect’s arrest and conviction.