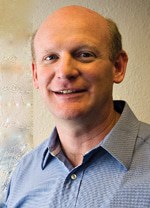 During a strategic planning session held in October, the Board of Public Utilities (BPU) established new environmental goals. However, would the community support these news goals?

To get the answer, a survey was conducted in December and its results were presented to BPU in January.

During an interview with the Los Alamos Daily Post Feb. 17, Department of Public Utilities (DPU) Manager Philo Shelton explained what the new environmental goals are:

The survey, which Triton Polling & Research was contracted to conduct, showed the community supported these goals.

“I think it does confirm that the DPU new goals and what the community wants are aligned,” Shelton said.

According to a DPU press release, 77 percent of citizens expressed support for DPU’s goal to be a carbon-neutral electric provider by 2040. Eighty-seven percent supported increasing local solar production to 6 megawatts by 2040. Furthermore, the goal to reduce potable or drinking water consumption by 2030 was supported by 45 percent of the survey’s participants. As far as reducing natural gas usage by 2030, 69 percent of respondents supported this goal and 54 percent supported eliminating natural gas by 2070.

More than 500 DPU customers were contacted to take part in the survey, Shelton said. He noted that Triton Polling & Research’s goal was to reach out to 500 customers through a random sampling. One- third of the survey participants were from White Rock and two-thirds were in Los Alamos. The survey was conducted through phone calls and emails.

At this point, Shelton said DPU is updating its water and energy conservation plan, which will incorporate these new goals.

There are many reasons why DPU is striving to reduce energy consumption and have these environmental goals. The increasing consequences of climate change is one reason, Shelton said, but he added, “It not only climate change, we have limited natural resources whether it is water, natural gas or coal, we want to first conserve those resource so they are not wasted and I think it is important that everybody does that.”

The conservation plan is expected to be completed sometime in the spring, but Shelton said DPU is already taking steps to achieve these different goals.

On top of the that, Shelton said BPU and the County Council approved a power purchase agreement with Uniper Global Commodities for 15 megawatts of power that is generated by solar and wind farms in New Mexico for the next 15-years. Through this agreement Shelton said roughly 70 percent of the County’s electricity will be provided through renewable energy sources. However, he pointed out Uniper will use natural gas or coal as a backup during times the solar and wind farms can’t produce power because the wind isn’t blowing or the sun isn’t shining.

Work is also underway to promote water conservation, he said.

“In the case of water, we have a lot of educational outreach through PEEC with water conservation,” Shelton said. “There are a multitude of things that can be done – replacing fixtures with low flow fixtures, timed irrigation, and moisture sensors … rain barrel use … others are just using low water use appliances … anything with an Energy Star rating … those are programs that we want to promote.”