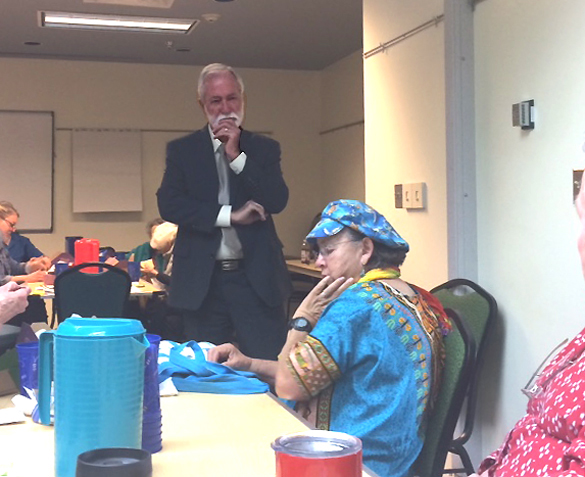 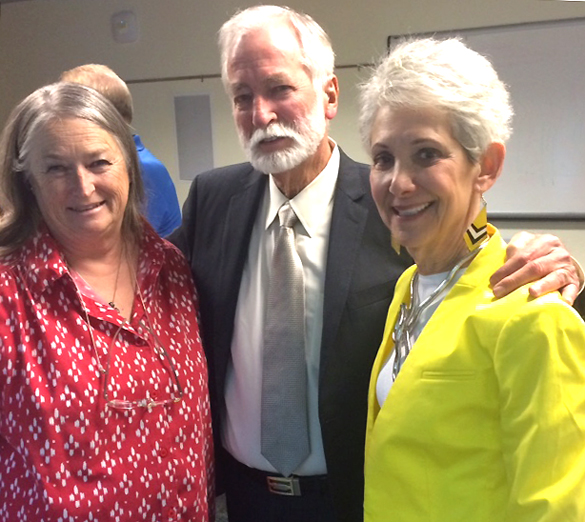 Los Alamos League of Woman Voters members heard from Chief Supreme Court Justice Charles Daniels at their March Lunch with a Leader meeting on functions of the New Mexico Supreme Court and bail reform, an issue he has been working on for the last two years.

Daniels told those gathered at Mesa Public Library that the court, with its five justices, is the top of the judicial food chain and functions largely like the U.S. Supreme Court. He said it is the court of last resort for cases originating in any court in the state and is the pinnacle part of the pyramid.

‘It’s not because we are the wisest people, but you have to stop somewhere,” he said. “We’re not blessed with any greater wisdom or insight than judges who work at any other level; it’s just our job to make the decisions and be the last say.”

Daniels said his court is responsible for superintending all courts in the state, overseeing decisions, funding, personnel, discipline of judges and lawyers, and admitting and “de-admitting them on the rare occasions when there is misuse of the public trust”. He said the supreme court also writes rules and procedures which he said is a massive job with three large volumes of rules which have been promulgated by the court which have to be revised from time to time.

“This is such a mammoth job that we have to have help, so we rely on committees that we create and make new appointments on every year. We have lawyers, judges, and lay people come together in committees to study the need for changing the rules and that takes up an enormous amount of time,” he said.

Daniels said he has been personally leading the charge on bail reform for the last couple of years and that some significant milestones have been reached but the process is not yet over.

“We’re talking about pre-trial detention, where as a citizen you are innocent until proven guilty. If you are accused of a crime, no matter how much the victim of your crime may not like it, you are presumed innocent and the government has the burden to prove you guilty,” he said. “During that time when you are presumed innocent and awaiting trial, judges end up making decisions on who’s going to be held in jail until that trial takes place, and who’s going to be let go on with their lives either on conditions or other kinds of restrictions.”

“But the system nationally and in New Mexico has been based on how much money you can pay a bail bondsman, not on what kind of danger you are, not on whether or you are someone who’s likely to run away, but on who has the money,” Daniels continued.

A constitutional amendment passed by New Mexico voters in November 2016 states that “bail may be denied by a court of record pending trial for a defendant charged with a felony if the prosecuting authority requests a hearing and proves by clear and convincing evidence that no release conditions will reasonably protect the safety of any other person or the community. An appeal from an order of denying bail shall be given preference over all other matters.”

The amendment also states that a person who is not detainable on grounds of dangerousness nor a flight risk in the absence of bond and is otherwise eligible for bail “shall not detained solely because of financial inability to post a money or property bond may file a motion with the court requesting relief from the requirement to post bond.”

Daniels said the rules for the amendment are being studied and that the court expects to review comments in the coming weeks and will be promulgating some rules that will be enforceable, adding that the rules process is as important as getting the constitutional amendment.

“Changing the old way of doing business will be the most important part of all. We have grown so used to deciding who remains in jail and who doesn’t, based on a system where if you are arrested and accused of a crime, then you should have to pay some money to be released pending your trial where it’s determined whether you’re guilty or not,” he said. “Judges and citizens alike have gotten used to that and it’s going to require some cultural change. It will require the kind of education you get on all kinds of issues in the League.”

Daniels said he is so committed to the bail reform process that he recently announced to his colleagues on the court that he is “putting down the big gavel” and year early and will be stepping down from the chief justice’s spot June 1.

“I don’t have enough time to devote to this and some other issues I want to work on that have some potential for long-lasting approval as opposed to the coping and hoping, which is a lot of what I do nowadays. I will stay on another couple of years and work on this,” he said. 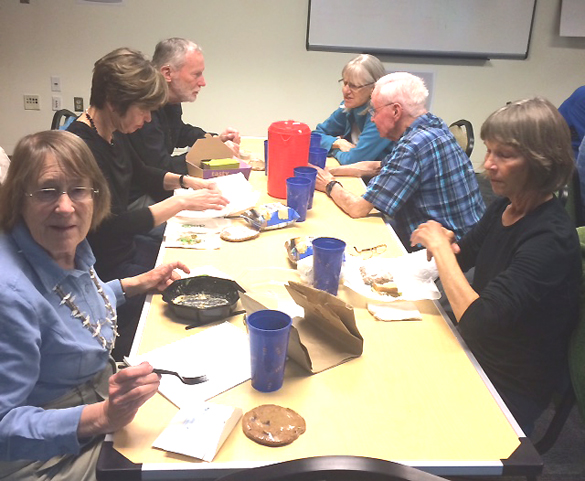 Question and answer time at Lunch With A Leader. Photo by Maire O’Neill/ladailypost.com