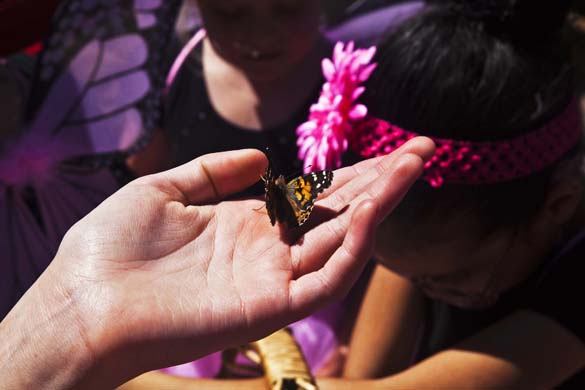 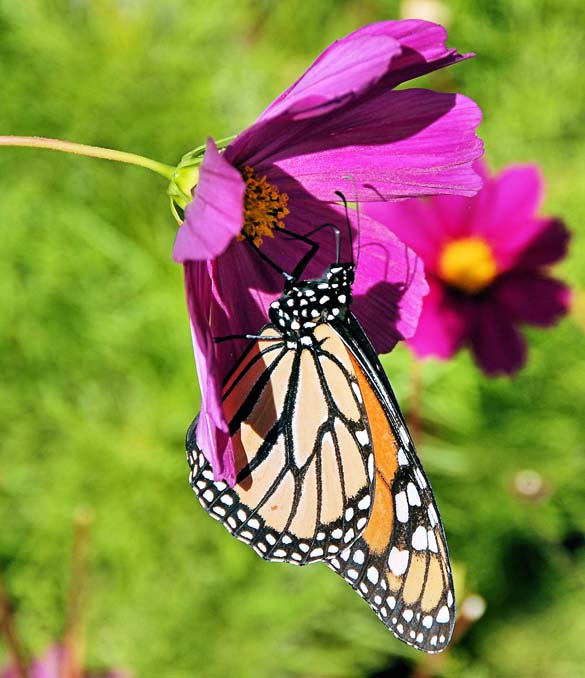 SANTA FE— Santa Fe appears to be awash in gradations of adobe brown yet it is a city of rich colors found nowhere else – as seen by the generations of artists who’ve made this city their home. And color in its many shades and hues comes to the fore this summer when some of the city’s leading cultural institutions located on Museum Hill coordinate a series of exhibitions and events.

Between Memorial Day and Labor Day, the participating institutions and their contributions to Summer of Color are:

This perennially popular museum is a parade of color from the bright lobby and gift shops to the interactive galleries of folk art from around the world. Opening May 17 is an exhibition about a color that has inspired artists’ imaginations and seduced viewers for millennia, The Red That Colored the World.

The Red That Colored the World combines new research and original scholarship to explore the history and widespread use of cochineal, an insect-based dye that produces brilliant reds. Use of the dye originated with indigenous peoples of the Americas before the arrival of Columbus and then spread throughout the world. Visitors will be able to see the little known cochineal bugs and their camouflage by using IPads with a microscopic attachment. The exhibition follows the use of the precious dye from Mexico to Europe to the U.S. and beyond with a display of more than 130 objects—textiles, sculpture, paintings, manuscripts, decorative arts, clothing and more—from the Museum of International Folk Art (MOIFA), private lenders, and museums around the world. The exhibition explores the history of cochineal and the seductive visual nature of red. Visitors are encouraged to try red clothing on, take pictures and join in the social media commentary.  The Red That Colored the World reflects the unique international uses of color, revealing its role in the creative process, and the motivations of artists in their choice of materials.

The Red That Colored the World is on display in Santa Fe, New Mexico through Sept. 13.

Museum of Indian Arts and Culture

The Museum of Indian Arts and Culture, MOIFA’s sister museum sharing Museum Hill’s Milner Plaza, is as well-known for the spirited and colorful Native dancers in full dress and the music programs it presents as it is for its color rich exhibitions such as its ongoing examination of the quintessential Santa Fe color, turquoise.

With Turquoise, Water, Sky: The Stone and Its Meaning the museum’s extensive collection of Southwestern turquoise jewelry is highlighted. The exhibition presents all aspects of the stone, from geology, mining and history, to questions of authenticity and value.

For more than a thousand years, people in the Southwest have used turquoise for jewelry and ceremonial purposes and traded valuable stones both within and outside the region. Turquoise, Water, Sky presents more than 400 necklaces, bracelets, belts, rings, earrings, silver boxes and other objects illustrating how the stone was used and its deep significance to the people of the region.  Ancient, Pueblo (Santo Domingo, Zuni, and others), and Navajo traditions are explored. The exhibit ends with a display of dazzling contemporary artistry.

“Turquoise stands for water and for sky, for bountiful harvests, health and protection,” said Maxine McBrinn, Curator of Archaeology at the Museum of Indian Arts and Culture. “The color blue-green symbolizes creation and the hope for security and beauty.”

This comprehensive consideration of the stone runs through May 2, 2016.

When it comes to color few markets and festivals rival the International Folk Art Market | Santa Fe, which has become the mecca for master folk artists worldwide. More than 150 artists from every corner of the globe, will board buses, boats, camels, and planes to bring their work to this vast and colorful bazaar. Some arrive as celebrated cultural artists, while others have never before left their villages, let alone crossed an ocean. All of them bring centuries of craft, tribal identity, and the seeds of economic promise to this truly unique world stage.

As a symbol of hope, sustainability, and preservation, green sets the theme for the 2015 International Folk Art Market | Santa Fe. The color green holds deep symbolic meaning in many cultures around the world.  In Tibet, green communicates peace and ease. In India, it is a symbol of purity, love, and beauty. In Egypt, green represents rebirth and renewal.

Since 2004, the Market has generated more than $20 million in sales—90 percent of which has gone home with the artists. These monumental earnings empower artists and their communities, many of whom come from developing countries where the average income is less than $3 a day.

This year from July 10 through July 12 master folk artists will sell their art—jewelry, basketry, textiles, woodwork, ceramics, and more—at the largest market of its kind. Enjoy international food and music, artists’ demonstrations, and the eagerly anticipated free Community Celebration Wednesday, July 8 at St. John’s College Music on the Hill from 5:30-8 p.m.

Wheelwright Museum of the American Indian

The Wheelwright Museum of the American Indian, New Mexico’s oldest non-profit museum, features a modernist interpretation of a Navajo hooghan (home), an award-winning structure designed and built in 1937 by noted Santa Fe artist and architect William Penhallow Henderson. The museum originates all of its exhibitions, which emphasize one-person shows of the work of living artists and traditions that have been neglected by other institutions.

The Wheelwright’s contribution to the Summer of Color is the opening of its new Center for the Study of Southwestern Jewelry on June 6 and 7. The new wing will include the first museum gallery in the country devoted permanently to Navajo and Pueblo jewelry and related traditions, including flatware, hollowware, lapidary, and stone carving.

Jewelry has been a major Native art form in the Southwest for centuries, and its universal appeal, especially as personal adornment, is inextricably linked to concepts of identity and status within and across all cultures. Stone and shell jewelry from Santo Domingo and Zuni represents a continuation of an ancient tradition. In the third quarter of the nineteenth century the Navajo learned silversmithing from Spanish New Mexican smiths and quickly introduced the art form to the Pueblos. Among the iconic and enduring forms that resulted from these multicultural roots are concha belts, squash-blossom necklaces, and other forms in silver, often decorated with turquoise.

The museum’s new center represents the culmination of decades of research and collecting, not only of jewelry but of archival collections that will support research, exhibitions, and publications for generations to come. Master smiths who will be featured in the new permanent gallery include Kenneth Begay, Yazzie Johnson and Gail Bird, Charles Loloma, Louis Lomay, Fred Peshlakai, McKee Platero, Morris Robinson, Perry Shorty, and many others.

The Wheelwright’s jewelry collections are on permanent display in the new Center for the Study of Southwestern Jewelry.

As highly regarded for its stunning exhibitions of art ranging from the Spanish colonial period to contemporary Hispanic New Mexico, this gem of a museum occupies a classically Southwestern Pueblo Revival-style former home designed in 1930 by acclaimed regional architect John Gaw Meem.

Blue on Blue: Indigo and Cobalt in New Spain opens May 8.  Blue on Blue: Indigo and Cobalt in New Spain will explore the use and importance of blue dyes and pigments in colonial life and the continued popularity of blue among the traditional arts of today. From images of the Virgin Mary to household blankets, ceramics, and friar’s tunics, blue was an integral part of the colonial world. The desire for blue-and-white ceramics led to a near 300-year monopoly for the workshops of New Spain creating pottery in imitation of Chinese porcelains. The qualities of a blue pigment he found being used at Zuni pueblo led Spanish adventurer Bernardo Miera y Pacheco to write to Spain about the importance and economic potential of ‘Zuni blue.’ Indigo, then as now, was widely used by weavers and was the prominent color in many New Mexican and native textiles. The pervasive popularity of blue over the centuries is reflected in a diverse array of stunning pieces.

Blue on Blue: Indigo and Cobalt in New Spain runs through April, 2016

The Santa Fe Botanical Garden opens Monarch – Orange Takes Flight on May 30. Orange will predominate in the container gardens on view with other plants of complimentary colors mixed in. These container gardens will be designed and created by Botanical Garden horticulture staff, individuals in the gardening, horticulture, plant nursery and design fields.

In partnership with nature, the Santa Fe Botanical Garden, demonstrates its commitment through education. Orange represents the endangered Monarch butterfly with the Milkweed growing in the Botanical Garden the only host plant for the Monarch larvae. “Monarchs and Milkweed” is one public program on how to attract the king of the butterflies to your yard. There will be other orange programs  such as “Pumpkins in May” (which is when you should plant these seeds) and “More than Terracotta” where visitors will have the opportunity to help the Garden plant their Orange and get to take a few plants home to start your own pot.