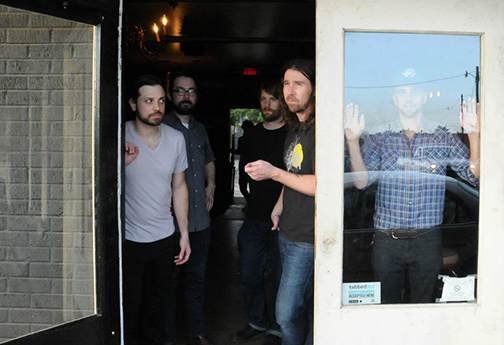 The Los Alamos Summer Concert Series opens at 7 p.m. Friday at Overlook Park in White Rock with Indie rockers “What Made Milwaukee Famous” from Austin, Texas.

The Los Alamos Summer Concert Series is coordinated and managed by Russ Gordon of Gordons’ Concerts. This series of Friday evening concerts-in-the-park spans the summer from late May into early September and is held at various locations around Los Alamos County. The concerts are offered free of charge thanks to support from the Series sponsors and Los Alamos County.

“It’s our 24th Season and it’s gonna be a tremendous year!” Gordon said. “Why do I say this when I say the same thing every year? I’m an excitable boy! I’ve been working on this Series since last September, and we’re ready. I’m thrilled! The clock is ticking. For your own sakes, dear rock and rollers, come hear the Austin band, “What Made Milwaukee Famous.’”

What Made Milwaukee Famous has been a stalwart of the Austin music scene since their inception in 2003. The three original members, Michael Kingcaid (vocals, guitar, keyboards), John Farmer (bass), and Jason Davis (guitars, vocals), each bring a diverse range of influences to the table, allowing them to seamlessly shift between genres at the drop of a hat.

With the release of their first two records, Trying to Never Catch Up and What Doesn’t Kill Us on Seattle’s Barsuk imprint, the band has been touted for their abilities to channel strong musicianship and diverse song-writing into instantly, addictive hooks.

Their “elegant pop” (Billboard) has landed them on the bill at a number of the mammoth festivals including Bonnaroo, Austin City Limits, Sasquatch, SXSW and Lollapalooza, highlighted by a taping on PBS’s prestigious Austin City Limits with Franz Ferdinand.

“I’ve been listening to ‘What Made Milwaukee Famous’ almost non-stop for the last two days,” Gordon said. “Their style of music is always changing. It is mostly an alt-rock band. They mix power indie-rock, modern rock, and intense guitar work.”

According to AllMusic.com, “They’re a band with their own voice, their own ideas, their own great talent, and will inevitably leave their own mark on the music world. WMMF are energetic, passionate, literate and a lot of fun … Kincaid says they’re kind of a ‘Portishead meets Queens of the Stone Age’ sound.”

The concert also kicks off Kite Festival weekend. Kite artists will be on the field with their kites on display and a night kite fly demonstration will take place. In this event, small lights are attached to the kites before they are launched into the night sky. It is an amazing light show over White Rock.

Each year thousands of residents and visitors take advantage of the beautiful park venues, so pull up a lawn chair, and enjoy an eclectic variety of talent from rock to blues, jazz, country, Latin, Americana, African & World rhythms and more, including Russian Rokenroll.

The Series continues May 24 with The Red Elvises at Ashley Pond. Visit www.gordonssummerconcerts.com to see the whole summer lineup and learn more about the bands.