Stover: Let’s Rise Above Partisanship To Do What’s Best For New Mexico Students 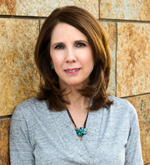 The issue of adjunct teachers should not be partisan or divisive. I am disappointed by the recent acrimony surrounding this straightforward idea.

Earlier this year, I listened to Dr. Kurt Steinhaus, Los Alamos Public Schools (LAPS) superintendent, speak about the adjunct teacher proposal that was offered during the 2016 Legislative Session. Dr. Steinhaus supported the idea of adjunct teachers to tap the local expertise of scientists and engineers in our community and to strengthen the relationship between the Los Alamos National Laboratory and LAPS as well as other districts in the region.

I later learned that our State Representative, Stephanie Garcia Richard, voted against the proposal twice during the session – once in Committee and again on the House floor.

I was stunned. We often talk about providing flexibility to local school districts, yet when a local educational leader voiced his support for a proposal to give schools in her House district an option to enhance student learning opportunities, Rep. Garcia Richard chose to vote against it. Her actions solidified my decision to enter the contest for House District 43.

Over the past few months, I met with Dr. Steinhaus and other local educational leaders on this issue. I also spoke with the sponsor of the House bill, Dr. Conrad James, an accomplished scientist at Sandia National Laboratories. These conversations strengthened my belief that this proposal would benefit New Mexico’s students.

New Mexico has a teacher shortage. As of December 2015, there were 468 teacher vacancies across New Mexico. Many of these vacant positions were for math and science instructors. Rural school districts have an especially hard time finding qualified instructors. Although LAPS has been able to fill most of its positions, some of our neighboring school districts haven’t.

When school districts have vacant positions, the burden often shifts to other teachers. Class sizes are increased or teachers are forced to give up prep periods to teach additional classes.

Wouldn’t you rather have our children taught by someone with at least a college degree in that subject area who also has completed coursework in the method and practice of teaching instead of a substitute with minimal credentials? I would.

New Mexico continues to rank nationally at the bottom in student reading and math skills. Studies show that instruction provided by content experts increases student achievement. Adjunct teachers can help reduce class sizes, reduce teacher workloads, and improve student outcomes. What do we have to lose?

Our legislators must rise above partisanship to confront our state’s core challenges. Adjunct teachers shouldn’t be controversial. If it takes the Legislature years of bitter debate to pass a bill on this common-sense proposal, how long will it take to resolve other issues?

As a long-time youth advocate and a parent of two LAPS graduates, I believe all of us – parents, teachers and community members – must work together to improve and support our public education system. Drawing battle lines is counter-productive. This debate should not focus on what’s best for adults; the focus must always be on our kids.