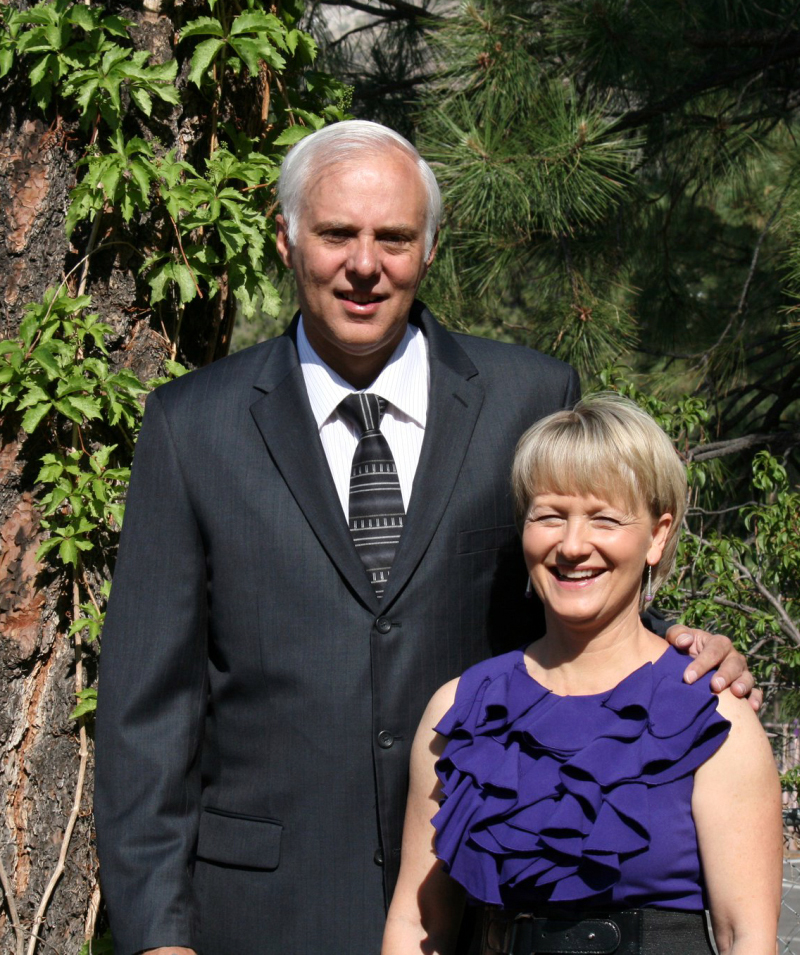 In 1987, “The Cosby Show” was the most popular program on television, the New York Giants won the Superbowl and a gallon of gasoline cost 89 cents.

In August of that year, Timothy D. Stidham and his wife Tanya, moved with their four children to Los Alamos from Sherman, Texas.

They were to begin what would be 25 years of service to the Los Alamos Church of Christ. Twenty-five years and counting…

The church honored the Stidhams with a banquet at Hilltop House Hotel Friday, Nov. 30. At that time, present and former church members recounted 25 years of memories and presented the couple with commemorative gifts.

The couple met on Guam when their fathers were stationed there in the military. They have been married 38 years.

Tanya teaches women’s Bible classes and coordinates women’s activities. Both are available for counseling sessions on subjects from Bible questions to personal problems.

Tim is known for his in-depth, thought-provoking lessons.

Church member Beverly Bender says, “I’ve had three surgeries in recent years. And the first thing I wanted to do when I got well was come back to Tim’s Sunday morning Bible class.”

He says that his parents taught him always to seek the truth, even if doing so wasn’t comfortable or popular. He has always tried to do that.

They also can easily quote another of Tim’s favorite sayings, “If it’s stupid, don’t do it.”

Tanya and Lyn Havel co-direct the congregation’s “Prayers and Squares” ministry, in which women make prayer quilts for people in need or with health problems. Tanya is an expert seamstress.

Tanya loves Los Alamos, but she thinks the hardest thing about living in the wilds of New Mexico is being long distances from their families. Their parents are still living but approaching old age. Tim’s parents live in Kentucky and Tanya’s in Oklahoma. Their daughters Tera and Tiffany live in North Carolina and Texas with their husbands and two children each.

“It’s hard to be so far from my parents and those grandbabies,” Tanya says. The four children, Tracy, Tony, Tera and Tiffany, were ages 10, 8, 5 and 3 when the family moved to Los Alamos.

All four kids grew up here. All are now married and parents of the Stidhams’ 12 grandchildren. While the girls have moved away, Tracy and Tony and their families are currently living in Los Alamos.

Tim thinks it takes “a loving congregation and a committed preacher” for a long-term relationship to flourish. “It’s a two-way street,” he says.

Church elder Gerry Wood agrees. “It speaks well for both the preacher and the congregation when they can maintain a positive relationship for so many years.”

The couple never thought about how long they’d stay in Los Alamos. They moved here when the youth minister position at the church opened up because “we’d been told what a great place Los Alamos is.”

Twenty-five years later, Tim said, after returning from a recent trip, “When we drove in our driveway, I felt like this is my spot. This is home.”

Tanya says, “We always said we’d go where God wanted us to be and we’d stay until God wanted us someplace else. God’s either forgotten about us or He still wants us here.

And God isn’t the only one. An entire church agrees with Him.