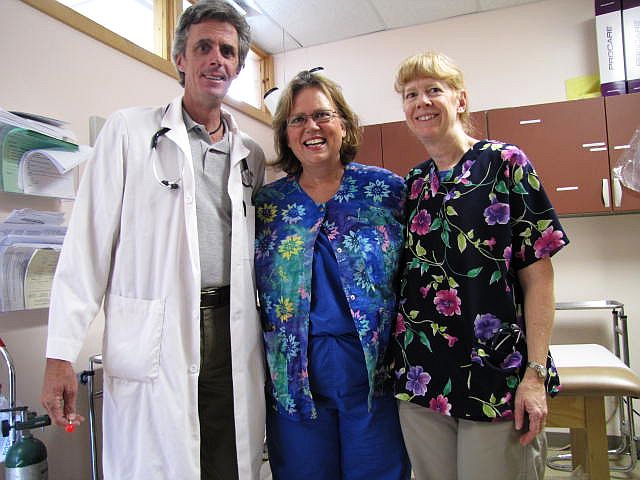 Within a matter of days, Dr. Erin J. Bouquin went from being forced to resign as Chief Medical Officer at the New Mexico Department of Health to an exciting new position on the medical team at Los Alamos Urgent Care.

“Working at the state was an incredible experience and I wouldn’t change a minute of it … I knew going into it that it wouldn’t be a long experience but I never imagined it would be that short,” Bouquin said. “I have so much respect for the people who work in that department but I wouldn’t change a word I said in that interview.”

Bouquin is referring to an interview that apparently led to her forced resignation last May.

She was hired as the state’s Chief Medical Officer Jan. 30. Things appeared to go along fine, she said, until Cabinet Secretary Catherine Torres asked her to do a television interview for a story on teens engaging in unprotected sex.

“It was about sexually transmitted diseases being on the rise among teens in New Mexico,” Bouquin said at the time. “I stated that we currently have the highest rates of gonorrhea and chlamydia in our teen groups and that gonorrhea has jumped 50 percent in the last year.” 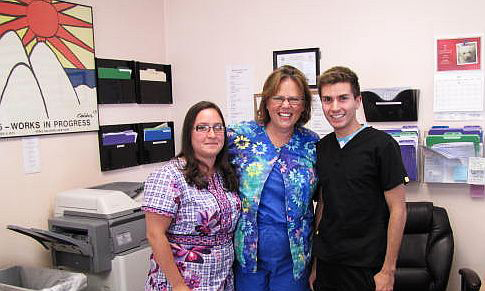 Bouquin also mentioned in that interview that the Department of Health’s clinic near the University of New Mexico campus in Albuquerque has seen a rise in gonorrhea and syphilis in the last month.

Bouquin suspects that it was her answer to a question about the message her department was trying to send out to teens that likely triggered the loss of her job the following day.

“Use condoms … condoms are very, very important in controlling sexually transmitted diseases … I like the ABCs – Abstinence, Be Faithful and Birth Control,” she said in the May interview.

Bouquin was called to Torres’ office May 17 – a few hours after her interview aired.

“Secretary Torres told me that I had not met the expectations of the governor and since I was still new, they didn’t need a reason and suggested I resign,” Bouquin said at the time. “I took a pay cut to take that job so if I was going to have to leave that position – which I enjoyed – over an issue then I’m glad it was over this issue. I’ve never met the governor and when I took the job they never said I had to do this or that or say only certain things. This issue was about controlling STDs, specifically in teenagers. Healthcare has become so political … I think public health should not be politicized … it has been difficult.”

Bouquin recalled how public her forced resignation became and the ensuing reaction from colleagues and community members.

“I was overwhelmed by the outpouring of support. Every part of my life was represented in a comment or share on Facebook … I was most flattered by people who said, ‘We’re not worried about you,'” she said. “It really brought home the power of the media around a subject like sexually transmitted diseases, it really brought the subject to the forefront.“

Bouquin has spent her 15-year career practicing medicine within a wide range of areas in New Mexico. She has experience in private, hospital and government-based practice, including a recent position as the medical director of the Los Alamos Visiting Nurses Hospice.

Her areas of professional interest include healthcare disparities and end of life care, and she serves as a consultant in patient advocacy projects, a trustee on the Con Alma Health Foundation Board, and past chair of the Northern New Mexico Health Grant Group.

She serves as a healthcare consultant for the New Mexico Consortium as well as a consumer advocate for the Breast Cancer Research Program.

In 2003, Bouquin was diagnosed with breast cancer. “My health has stabilized so I’m just going to get old like everyone else,” she said.

Bouquin has lived in Los Alamos since 1998 and she and her husband David Bouquin have three daughters, Mireya, 18, Sarah, 15, and Carmen, 12.

“My husband and I are really happy to be raising our kids in Los Alamos and I am really glad to be back working in this town,” Bouquin said

Los Alamos Urgent Care hired Bouquin the week after she resigned from her state post last May.

Editor’s note: This is part one of a two-part series. Part two focuses on Bouquin’s work at Los Alamos Urgent Care and the innovative changes recently implemented there.