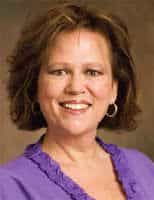 The Los Alamos Daily Post contacted Erin J. Bouquin, MD of Los Alamos after learning that she suddenly resigned her new position as Chief Medical Officer of the New Mexico Department of Health under what appear to be curious circumstances.

Bouquin worked for Cabinet Secretary Catherine Torres who last Monday asked her to do an interview with KOAT Channel 7 for a story on teens engaging in unprotected sex, she said.

“It was about sexually transmitted diseases being on the rise among teens in New Mexico,” Bouquin said. “I stated that we currently have the highest rates of gonorrhea and chlamydia in our teen groups and that gonorrhea has jumped 50 percent in the last year.”

Bouquin also mentioned in that interview that the Department of Health’s clinic near the University of New Mexico campus in Albuquerque has seen a rise in gonorrhea and syphilis in the last month.

Bouquin suspects that it was her answer to a question about the message her department was trying to send out to teens that likely triggered the loss of her job the following day.

“Use condoms … condoms are very, very important in controlling sexually transmitted diseases … I like the ABCs – Abstinence, Be Faithful and Birth Control,” Bouquin said during the interview.

Her interview aired last Thursday morning and Bouquin was called to Torres’ office at 4:30 p.m. that afternoon, she said.

“Secretary Torres told me that I had not met the expectations of the governor and since I was still new, they didn’t need a reason and suggested I resign,” Bouquin said. “I took a pay cut to take that job so if I was going to have to leave that position – which I enjoyed – over an issue then I’m glad it was over this issue. I’ve never met the governor and when I took the job they never said I had to do this or that or say only certain things. This issue was about controlling STDs, specifically in teenagers. Healthcare has become so political … I think public health should not be politicized … it has been difficult.”

NMDOH spokesperson Aimee Barabe said this morning that, “we are unable to comment on personnel matters.”

Attempts to reach the governor’s office for comment have been unsuccessful.

Bouquin was hired as Chief Medical Officer for the New Mexico Department of Health on Jan. 30. Friday was her last day.

At the time she was hired as Chief Medical Officer, it marked a 15-year career spent practicing medicine within a wide range of areas in the state of New Mexico.

She has experience in private, hospital and government-based practice, including a recent position as the medical director of the Los Alamos Visiting Nurses Hospice.

She serves as a healthcare consultant for the New Mexico Consortium as well as a consumer advocate for the Breast Cancer Research Program.

Her areas of professional interest include healthcare disparities and end of life care, and serves as a consultant in patient advocacy projects, a trustee on the Con Alma Health Foundation Board, and past chair of the Northern New Mexico Health Grant Group.

What will she do now?

“I’m going to go back to seeing patients in Los Alamos,” she said.