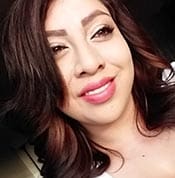 The FBI, Bureau of Indian Affairs and Tesuque Pueblo Tribal Police continue to investigate circumstances surrounding the death of Destinee Alexis Atencio whose body was found June 22 near the Camel Rock formation in Tesuque.

Atencio, 21, was last seen by a relative sometime in May in Santa Fe. Authorities believe she may have been dead for at least a couple of weeks before her body was found. The cause of death is pending an autopsy.

She is described as a Native American female, 5’6” tall and approximately 135 pounds. She had brown eyes and black hair and anyone with information on what happened to Atencio is asked to contact the FBI at 505.889.1300 or online at tips.fbi.gov.
Atencio was from the Pueblo de San Ildefonso. The Post contacted Gov. Perry Martinez of the Pueblo de San Ildefonso and asked if he had any new information in this case and what was being done by the Pueblo.

“The is a serious issue and I am very much aware of the issue regarding Ms. Atencio. The matter is under investigation and the Pueblo is doing everything to cooperate with authorities and the ongoing investigation,” Gov. Martinez said.

According to the Urban Indian and Health Institute, New Mexico has the highest number of missing and murdered indigenous women. The Coalition to Stop Violence Against Native Women and the U.S. Department of Justice (DOJ) state that Native women suffer murder and violence rates at more than 10 times the national average.

Post: What prompted you to sponsor this legislation, HB 278. A bill essentially the first of its kind in New Mexico?

Rep. Romero: It was brought to me by a constituent who serves as a Chaplain in the State Police. He emailed and requested that I look into what had been done in Washington state as well as through the National Congress of American Indians. We determined the best way forward was to gather the brain trust on the tragic issues of missing and murdered indigenous women in the state and create a task force to craft a statewide strategy to combat what has gone on for far too long.

Post: Why was the legislation crafted as a “task force” and why has it declared the issue as “…an emergency”?

Rep. Romero: The task force allows for everyone who has been affected by this issue to come to the table to bring their ideas and possible solutions, but also their stories and experiences with the issue. It’s important that we come from a place of knowledge before we assume action on the issue.  We want to be sure the communities affected by this issue lead the charge in taking action on the issue, rather than a top-down structure solely determined by the State. We thought it was important to address the emergency nature of the issue to our Legislative body and Governor to ensure they knew how important it was to take swift and direct action on the issue.

Post: What are your expectations of the current legislation, now and in the foreseeable future?

Rep. Romero: I’m confident that New Mexico can lead in crafting and executing upon a strategy that helps develop the mold across the nation for addressing the issue of missing and murdered indigenous women. We have the talent and expertise in our state to ensure that not one more sister goes missing or murdered.

Post: The legislation outlines the implementation of a task force to be created and implemented through the Secretary of Indian Affairs Department (IAD). What is the status of the progress task force to date? Especially in regard to the bill having been a declaration of emergency and having been signed into law March 28, 2019 by the governor.

Rep. Romero: Though I have been in talks with IAD since the Session, I have yet to hear about the date set for the first meeting. I’m hopeful that the Department will convene the task force as soon as they feel ready. Many people have requested information about how they can participate, and I’m hopeful all who are interested will be invited to the first convening of the task force.

Post: The bill calls for the task force to exist until the end of fiscal year 2021, any thoughts on what you have planned on this matter after this deadline?

Rep. Romero: We hope that the task force comes up with a plan and a clear roadmap on next steps, including identifying the necessary resources for properly addressing the issue.

“I’m so grateful to you all for covering this issue that continues to affect our state and community,” Rep. Romero said in concluding the interview. “I’m hopeful that through this effort—and current efforts underway—we find justice for the women, families, friends and communities who have been plagued by the lack of direct action on this issue. I am personally invested and am honored to have passed this bill in high hopes that it will provide a lasting solution.”

The Post also spoke with Lead Policy Analyst Stephanie Salazar from the Indian Affairs Department. She explained that the names of seven people comprising the new taskforce have been recommended to the governor’s office and hopefully within the next month will be appointed. One of the people recommended to serve on the taskforce is a Native American indigenous woman who is a victim of violence, Salazar said.

Her office has been reaching out to Tribal law enforcement and various departments and advocacy groups. She said the work of the taskforce and setting parameters will be addressed at the first meeting. The ultimate goal of the taskforce is to deliver a final report to the governor that provides a state of the crisis, data that exists and doesn’t exist and other information to be used as a tool for legislators, advocacy groups and tribal communities.

“We hope our first meeting will be in September or sooner,” Salazar said. “We definitely have our work cut out for us.”