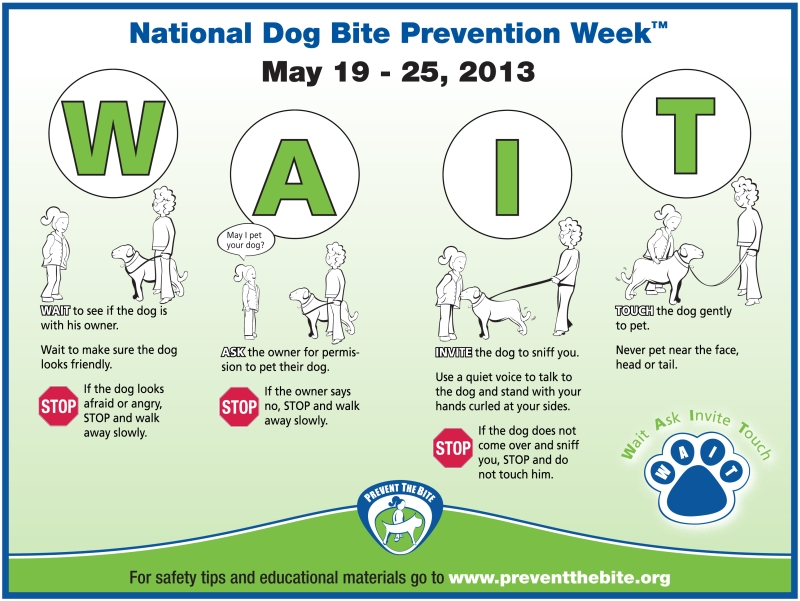 Courtesy/State Farm
STATE FARM News:
State Farm Insurance just released its annual Top 10 states for dog bite claims for 2012.
The company also is partnering with the USPS and AVMA during National Dog Bite Prevention Week® to provide information to prevent dog bites.
While not in the Top 10 for 2012, New Mexico reported 25 dog bite incidents that resulted in claims in New Mexico – nearly double the number of claims reported for 2011 – that number was 13. The average claims cost was just under $30,000 per incident – a cost for which the dog’s owner could be responsible if they lack insurance coverage. Moreover this is an issue that affects residents all over the state and the severity of the incidents is much greater in terms of the human toll – more than just the monetary cost of these claims.

Because dog bites continue to be a serious health and safety issue, State Farm® has joined the National Dog Bite Prevention Week® (May 19-25, 2013) Coalition to reinforce the importance of pet owner responsibility and the need for continued public education regarding dog bite prevention. Consider these alarming statistics provided by National Dog Bite Prevention Week® Coalition members:

As a member of the National Dog Bite Prevention Week® Coalition, State Farm urges caution around all dogs, including family pets. Prevent the Bite and DINOS: Dogs in Need of Space provide posters and safety information to teach children how to correctly approach a dog. The American Humane Association offers a free online booklet called Pet Meets Baby that provides families with valuable information on introducing a new child to a home with a dog. Remember, a responsible dog owner should:

A dog’s tendency to bite depends on such factors as heredity, obedience training, socialization, health, and the victim’s behavior. There are good dogs and bad dogs within every breed, just as there can be responsible and irresponsible owners of each breed. That’s why State Farm does not refuse insurance based on the breed of dog a customer owns. Under the right circumstances, any dog might bite.