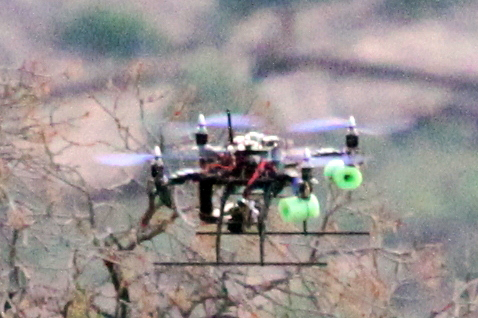 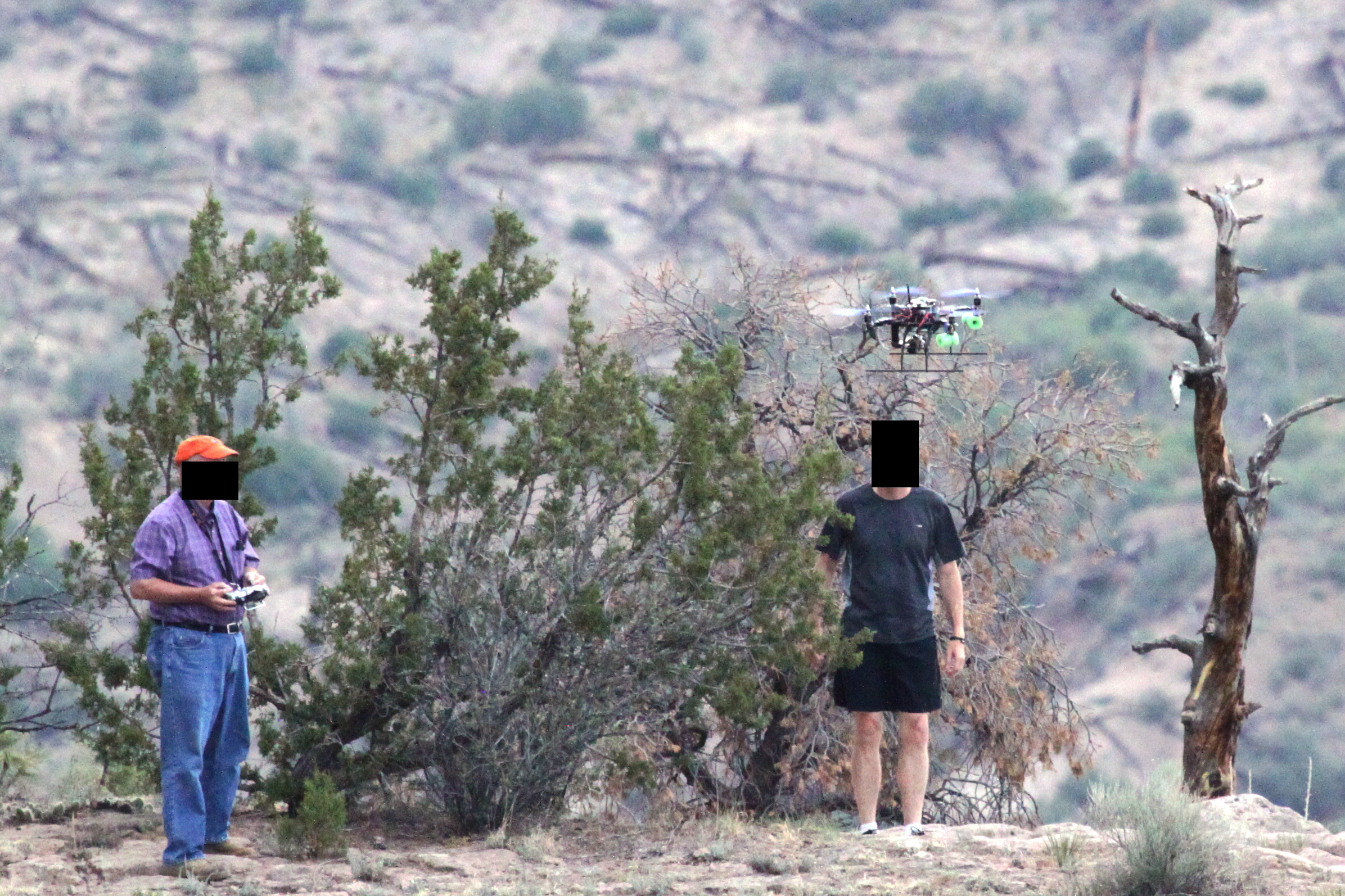 Drone’s test pilot, left, and runner. Photo by Dave Yeamans
Staff Report:
July 2, 2013 at about 7:50 p.m., two spy drone test pilots were observed on a local mesa top flying a 4-propeller semi-autonomous aircraft.
The flights were super-secret. Notice how the androids in the photo are wearing gray, rectangular, identity-guarding masks. Inadvertent observer Dave Yeamans reports that aside from a mild and temporary disturbance to some birds, the test flight was beneficial to all concerned.
Residents were treated to an impressive display of human fitness and advanced technology.
“Where else” says Yeamans, “can a citizen see a camera-guided, runner-seeking aircraft pursuing its target, and then get a chance to shoot it out of the sky with his own drone-targeting laser? I love this town.”
One of the androids was the pilot, operating a hand-held console, and the other was the runner. The runner apparently lured the camera-guided aircraft to and fro on the mesa. The pilot was able to fly the aircraft back to his feet at the end of the test. That is, until a green laser shot the drone out of the sky. Apparently the stealth aircraft did not have auto-deploy laser shields. Better luck next time spy boys.
Menu
LOS ALAMOS