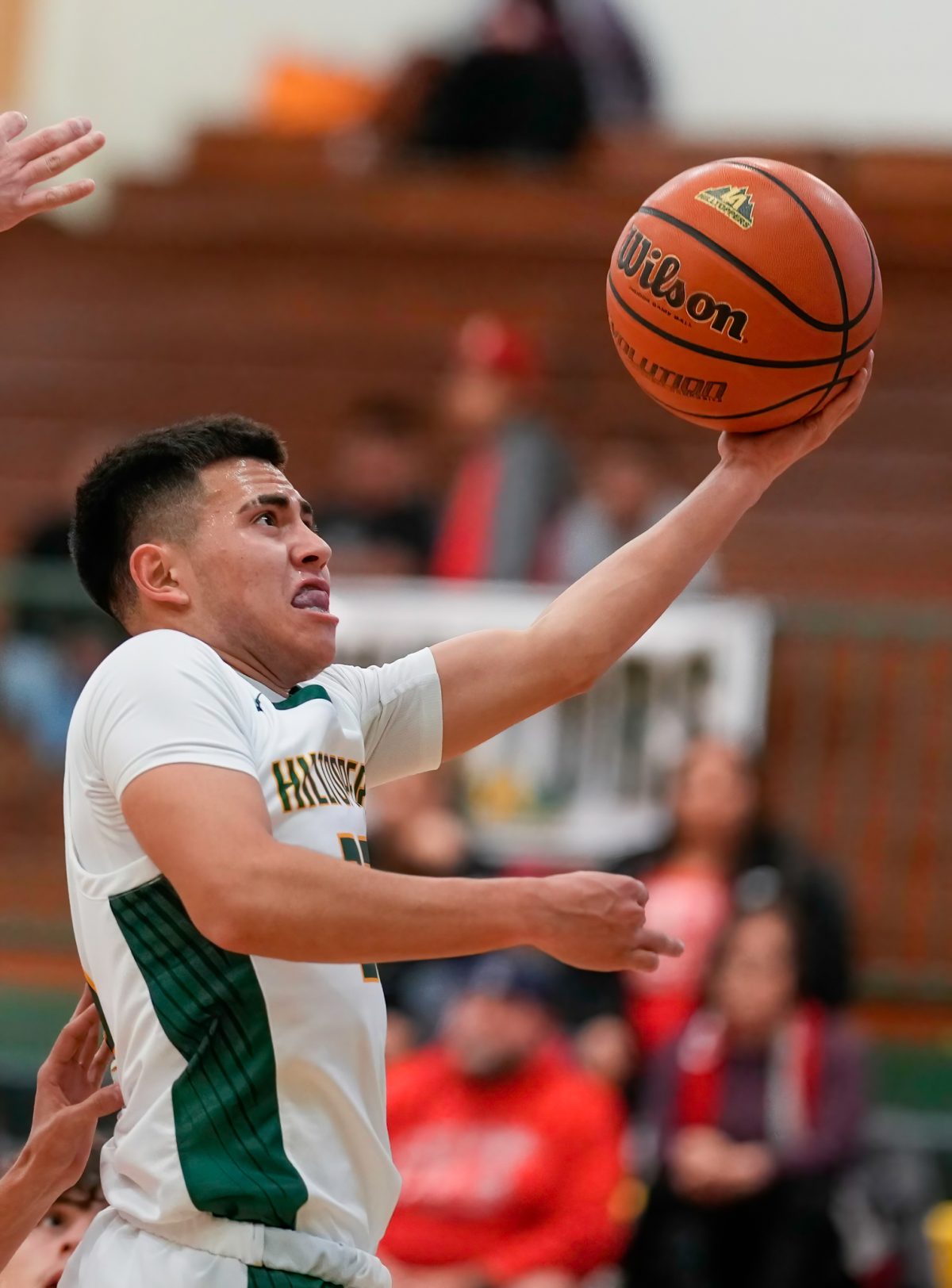 Josiah Fresquez drives in for a layup in the third quarter. He had 17 points for the night. Photo by Nate Limback/ladailypost.com 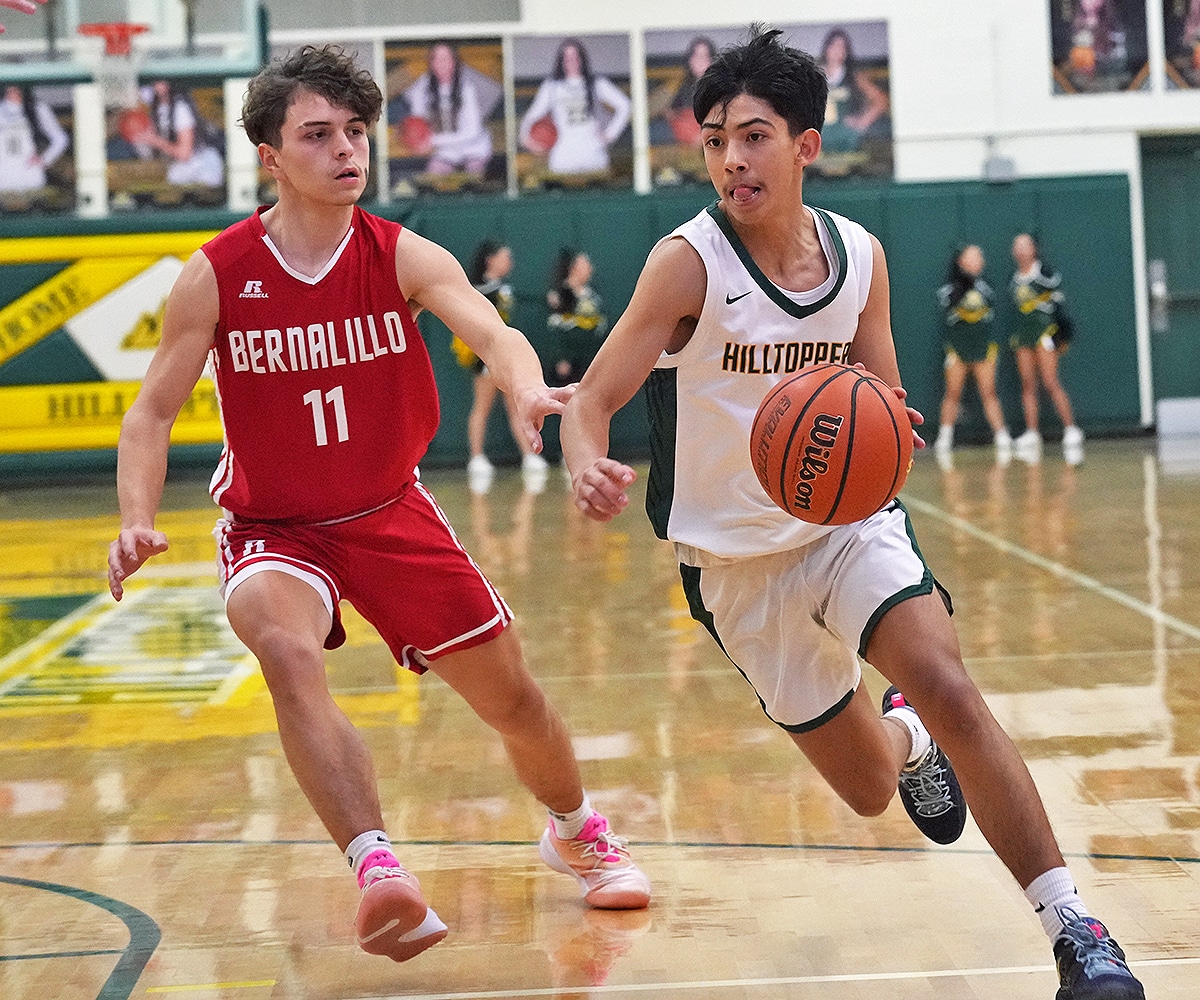 Kyle Evenhus dribbles the ball down court past Raymond Aragon in the first quarter. Photo by John McHale/ladaiypost.com

Things looked very good for the Los Alamos Hilltopper boys’ basketball team in the first half of Saturday’s nondistrict game against the Bernalillo Spartans.

But the tables quickly turned in the second half.

Los Alamos gave Bernalillo, a very good Class 4A team, a lot of fits early, and held the Spartans to just 4 points in the second quarter, but the Spartans rallied, putting together a huge third quarter as they won decisively at Griffith Gymnasium 66-53.

That game was broadcast on the Los Alamos Daily Post’s YouTube channel.

The Spartans hit 4 3-pointers in the third quarter and made a 12-point Hilltopper advantage at the break quickly evaporate.

The Hilltoppers (7-11) played tough defense throughout the first half, slowing the high-powered Bernalillo offense to a crawl. The Hilltoppers hung right with the dangerous Spartan outside shooters for the entire half and the Spartan inside game was almost non-existent.

However, Bernalillo managed to get its shooters loose in that third quarter and forward Brinen Holt, who was held to just one point in that first half, hit some short jumpers to force the Los Alamos defense to pinch inside away from guards Jason Lovato and Raymond Aragon.

Bernalillo (9-11) came up with 28 points in that quarter. Los Alamos’ Josiah Fresquez hit three 3s in the quarter, but it wouldn’t be enough for the Hilltoppers to keep pace.

Fresquez finished with 17 points, tying him with Aragon of Bernalillo for the high-point performance of the contest. Niko Garcia had 13 points for Los Alamos, as did Rick Valdez, who has come on strong on the offensive end the last couple of weeks.

Lovato finished with 15 for Bernalillo, while Holt added 11.

Los Alamos gets back to District 2-4A play Thursday when it hosts Española Valley in a key contest. Los Alamos won its district opener last week over Moriarty on the road. 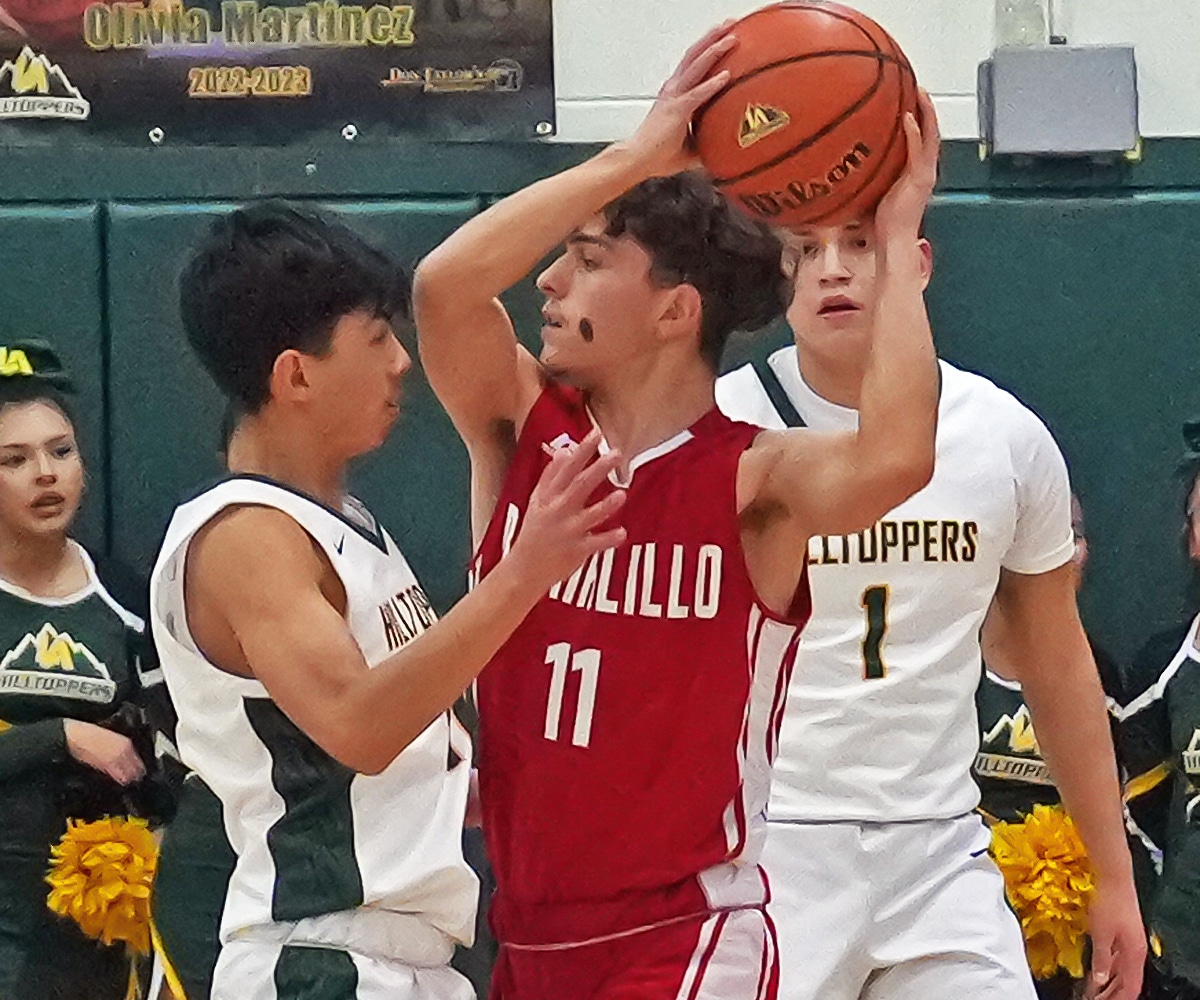 The Toppers were tough on defense as Ethan Mondragon and Niko Garcia pressure Raymond Aragon under the Spartan’s basket. Photo by John McHale/ladaiypost.com 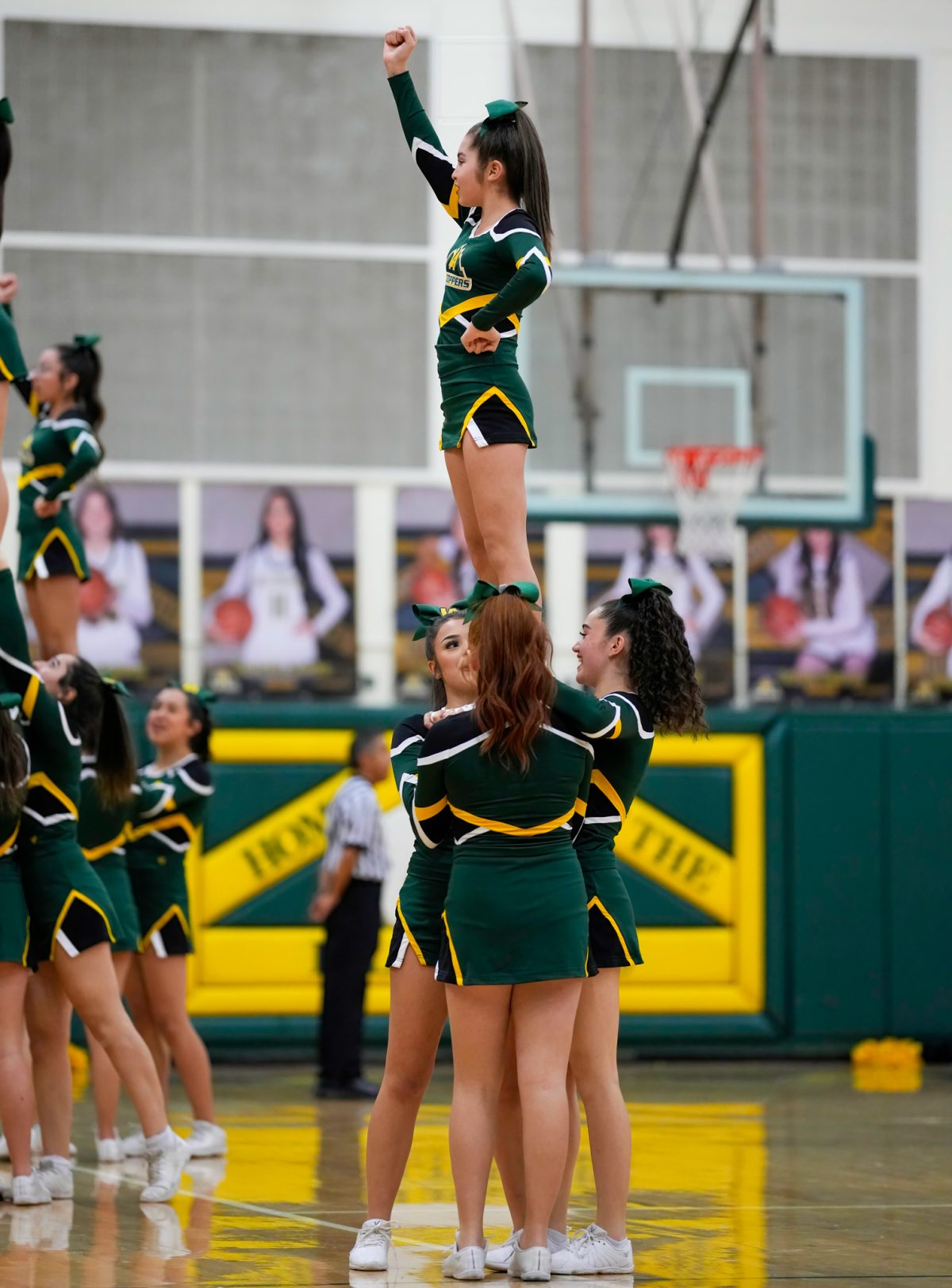 The Topper Cheer team leading the fans in cheers. Photo by Nate Limback/ladailypost.com