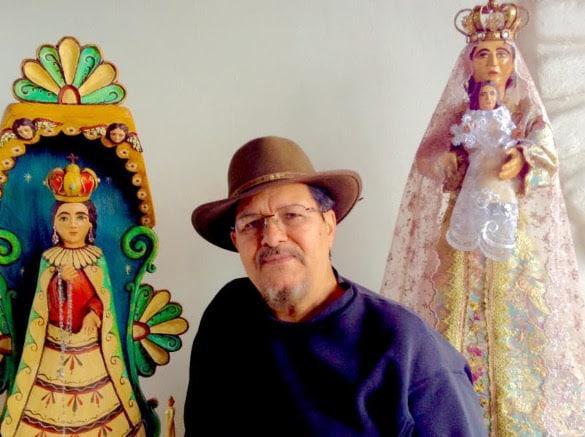 Carlos José Otero with his art. Courtesy photo
ART News:
The 67th Spanish Market 8 a.m. to 5 p.m. Saturday and Sunday, July 28-29, following ¡Viva la Cultura! the week-long celebration of Hispanic art and culture. A celebration is being held for artist Carlos José Otero, the recipient of the 2018 Masters Award for Lifetime Achievement.
Open to the public, the reception and dinner is 5:30-7:30 p.m. Wednesday, June 27 at the Hotel Santa Fe, The Hacienda & Spa, 1501 Paseo de Peralta in Santa Fe. A Northern New Mexican cuisine buffet with a cash bar will be offered. Cost: Adults $25, Children 7 to 13 $12 and those 6 & under are free. RSVP required at 505.982.2226.

Otero is a Los Lunas native and accomplished santero who has won four Best of Show awards, along with many first-place honors and other awards in Spanish Market. He has been a member of the prestigious Spanish Colonial Arts Society since 1996 and participated in every summer and winter show since then.

Otero is a true traditional artist who grinds his own earth pigments and makes varnish from piñon sap and gesso from gypsum and rabbit-hide glue before carving and painting each piece. A retired Albuquerque Public Schools teacher of Spanish, New Mexico culture, tradition, architecture and industrial technologies, he has continued to make presentations and performances to children and adults on his favorite topics-New Mexico history, art, culture, tradition and genealogy. He is an award-winning poet and composer who has written corridas, entregas (advice for newlyweds), and marchas (traditional wedding marches).
Otero served in Vietnam in 1967-68. Upon returning, he married Vicki Sedillo y Chavez de Otero in 1970. The two are direct descendants of many of the founding families of Santa Fe, Albuquerque, Alameda, Tomé, Los Chaves and Los Griegos. The couple is part of the music ministry for the Our Lady of Guadalupe Church in Peralta, where Otero made the 14-by-14-foot reredo, altar and angel candles.
The Masters Award recipient must have participated for more than 20 years in Spanish Market; been a teacher, artist and promoter of the Spanish New Mexican artistic traditions and culture; raised awareness of the art form on a regional and/or national level; included in private and museum collections; and received awards at Spanish Market and at other fairs/exhibitions.
Past recipients include straw appliqué innovator Mel Rivera (2017), Gustavo Victor Goler (2016), and Lawrence Baca (2015). For a full list of winners, dating back to 1987, click here. 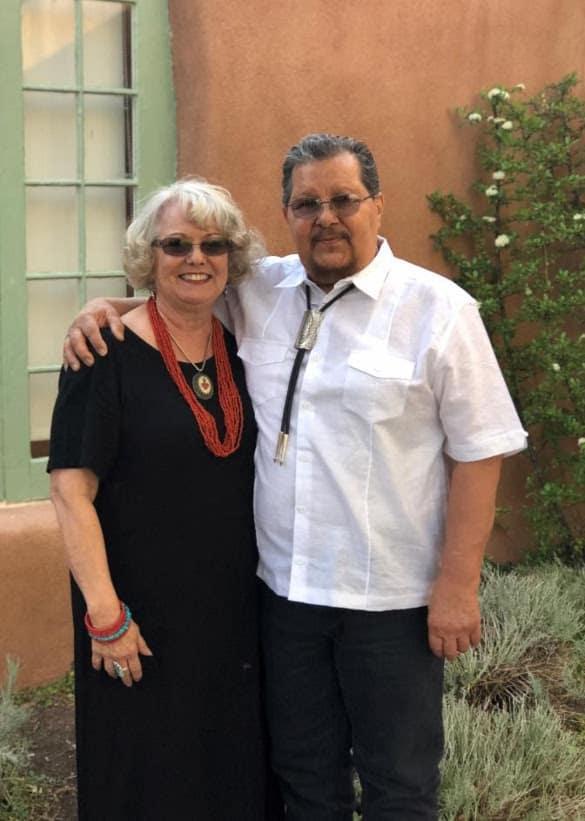 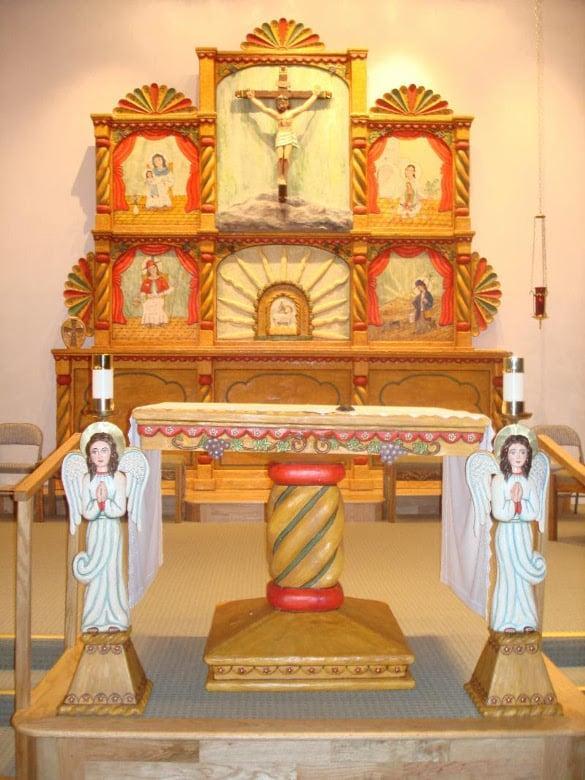