Solve ‘The Mystery of Edwin Drood’ with LA Light Opera 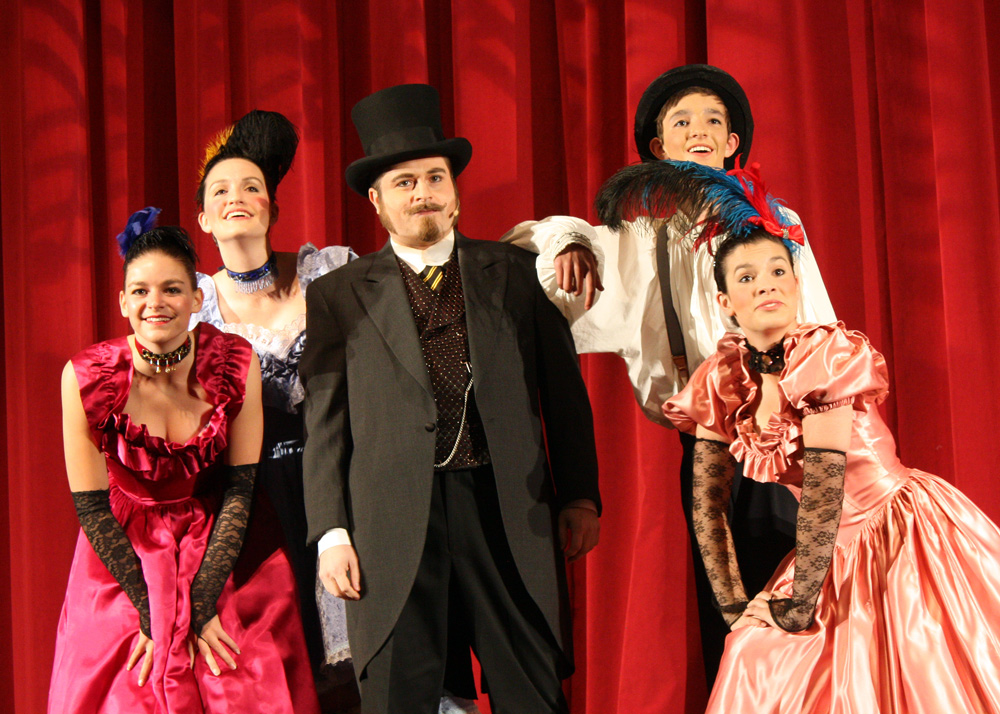 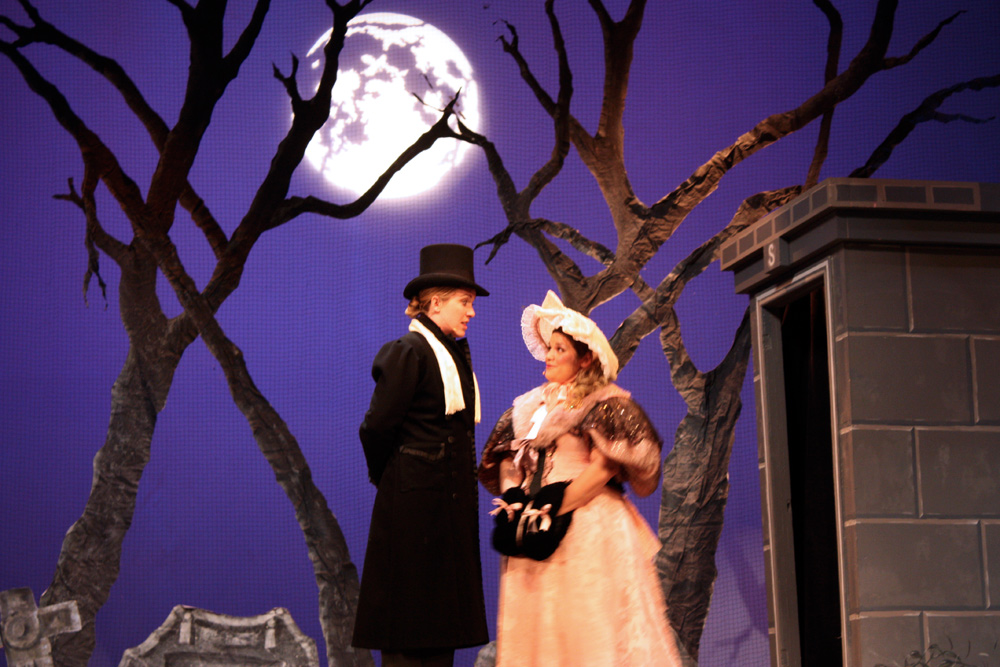 Loosely based on an unfinished mystery by Charles Dickens, The Mystery of Edwin Drood, a musical by Rupert Holmes, is set in the Victorian Music Hall Royale in London.

The company is on stage to present a play based on the unfinished Charles Dickens novel. Since Dickens died before completing the novel, the company has rehearsed multiple endings for the audience to vote on, choosing  who killed Drood (if, he was killed at all), the identity of the mysterious Dick Datchery, and on which two characters will become romantically involved in the end, creating the happy ending music hall tradition requires.

Music hall performance with its attributes of raucous, risqué comedy and a distinctive music form the backdrop of the play. British pantomime styles of the Victorian era, distinguished by the importance of audience participation and conventions like the lead boy (who’s always played by a girl in drag), also contribute to the setting.

The main character of the play is not the title one, Drood, but the Company Chairman, William Cartwright. Masterfully played by John Cullinan, the chairman is our guide to the action, full of inside jokes and witty (or silly) asides. As he did in his role as Jim Reston in ‘Frost/Nixon’ Cullinan seems to be on a first-name basis with us audience members, drawing us right in.

One of the delights of local production is seeing your friends and neighbors on stage. There is a triple layer to this play within a play because we are watching, for example, Cullinan, our local Unitarian minister, play Cartwright who also plays the town mayor in his production. This extra fun is not available to the Broadway audience.

In the parts of traditional rustics Durdles (Patrick Webb) and Deputy (Nora Cullinan) have a lot of fun tapping, clowning and belting out the raucous songs their parts require. Durdles charms his way into the limelight from the sidelines again and again.

Patrick MacDonald, playing the understudy longing for the limelight (Phillip Bax playing Bazzard), is another scene stealer who charms the audience with his signature number “Never the Luck.” Is the murder connected to his efforts to get more stage time? Stay tuned.

Playing the unfortunate Drood, as well as the temperamental diva Alice Nutting, Rita O’Connell is superb. O’Connell is a very convincing stuck-up young toff in the “trouser role.” She has a wonderful voice.

All the singers do a fine job. Martos has a lovely, soaring voice that reaches beyond its material. Anna Dillane is another vocal standout as Princess Puffer.

The big musical numbers are a singing and dancing phenomena. Simply wonderful.

The audience is invited to join in all the fun by choosing the ending. I won’t tell who we chose opening night. I’m hoping it’s a different set of characters every night and I don’t want to influence the voting. We left the theatre wondering what the other endings would have been like. I wouldn’t be surprised to see audience members back time after time to experience the fun and frolic and find out whodunit on any given night.

Tickets are $12 general admission and $10 for students and seniors. They are available online at losalamoslightopera.org or at the door. 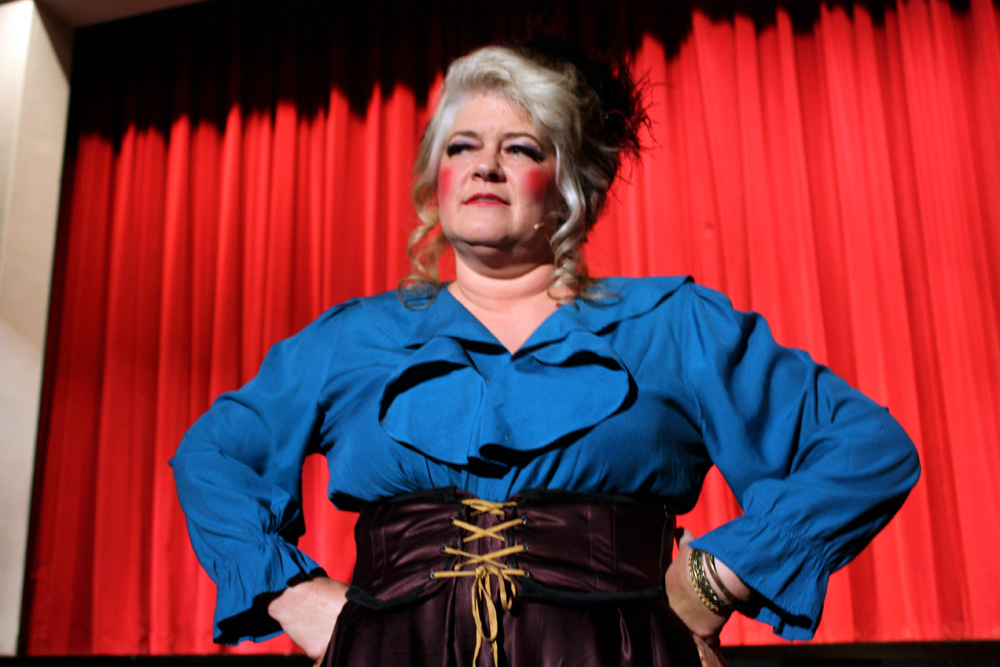 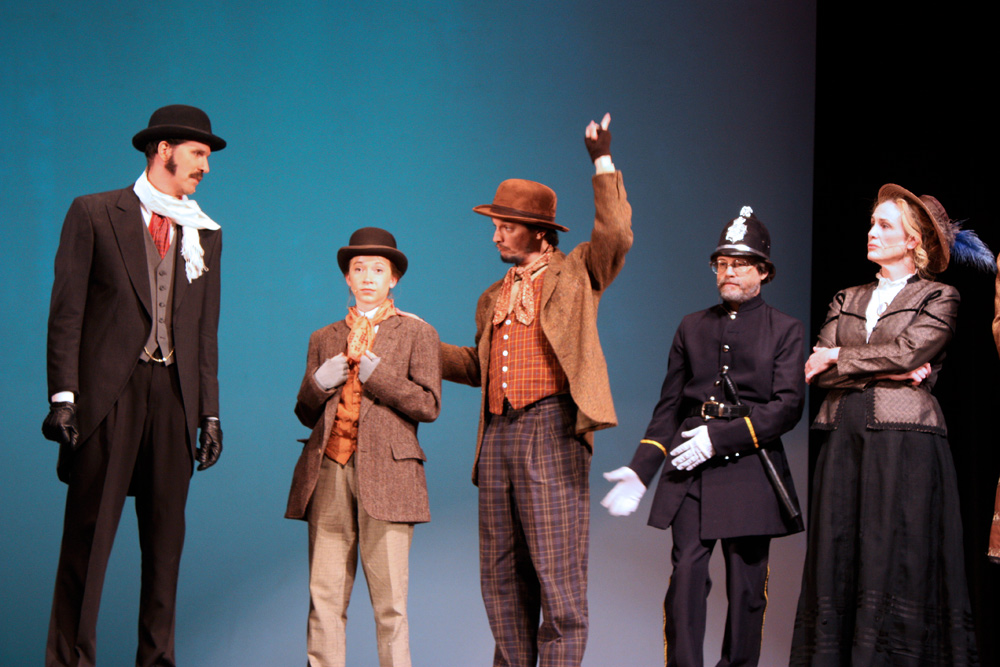