A combi in Mexico is a van, usually a Toyota, with bench seats installed along each wall, behind the driver’s seat, and across the back. Packed solid, they can hold 20 or more people.

Combi drivers have a reputation for crazy fast driving, passing other cars on blind curves, sliding over the yellow line into oncoming traffic. Yet, miraculously, you almost never hear of a combi flying off a cliff and killing everyone. The drivers are just careful enough.

But every once in a while a driver is so bad you know your time on earth is limited, so bad it would make an atheist pray.

Such was the wild ride from Las Guacamayas through the mountains of Chiapas to Comitán. 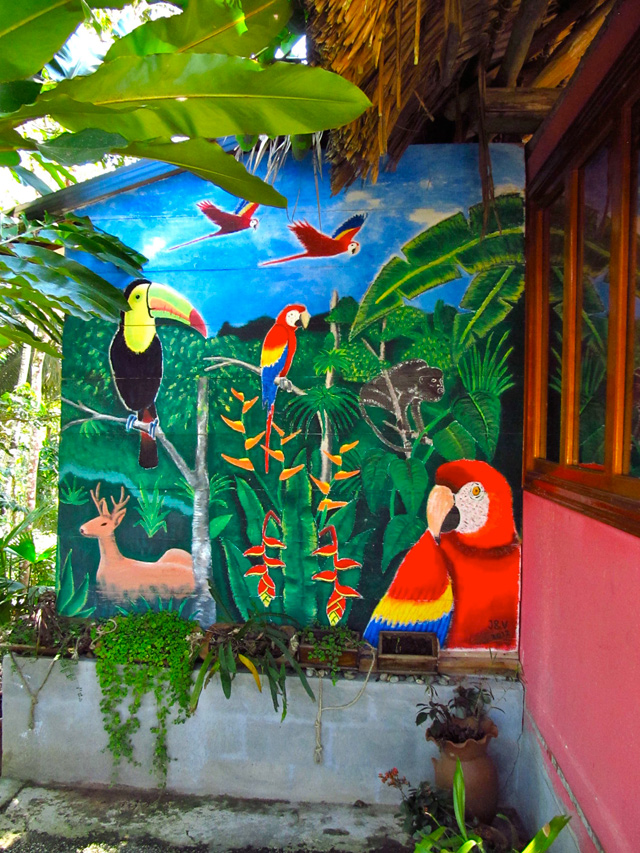 A decorative wall in Las Guacamayas. Photo by Sherry Hardage

I had a clue. I could have gone with my gut and not gotten on in the first place, but combies come to Las Guacamayas only when they’re called and I’d been waiting for two hours. The driver was young. The van was old. Rusty in spots with bald back tires, the interior smelled like moldy socks.

Clue number two was a big crack running across the windshield with half a dozen dangling toys and a radio attached to a suction cup directly in the driver’s line of vision. The bottom third of the windshield was covered with a white sign talking about trusting in God. The top third was painted black for blocking the sun. The driver had, at best, 20 percent of the normal visual range.

He drove like a maniac whizzing around holes in the road. Passengers were thrown back and forth in a wild carnival ride. Ten miles into the trip, he picked up a very pretty girl who hopped into the seat next to him and grinned. His driving suddenly got worse, the drive-fast-to-impress-a-girl kind of worse.

I sat in the far back, my arm out the open window, hanging onto the ladder used to put things on the roof. Tossed back and forth across the bumpy seat I thought my arm would come out of its socket. The window was nothing but a sliding pane of glass. I thought, “When we go off the cliff that window is going to slice my arm off.” Not exactly the sort of thing I’d want to happen seconds before I die.

They say travel changes you. I thought it had changed me. Long ago I adopted the attitude that I’ll be dead some day, I might as well die doing what I love. But the intensity of the moment, that sure-fire feeling that death could come any second, had me relapsing like a reformed druggie at a Rolling Stones concert.

I wasn’t the least serene about a violent end.

I wanted out of that combi … NOW! We were flying through curves on steep mountain roads, miles from civilization, whizzing past men on horseback. What would I do alone on that road with nothing but my suitcase? 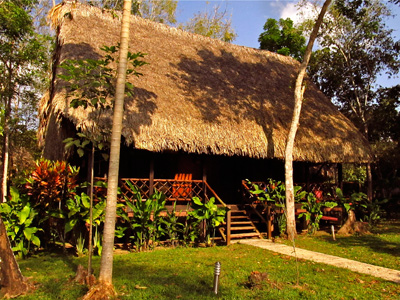 Ultimately we made it down, out of the mountains and into a valley to a small town called Maravillas Tenejapa. I told the driver I was sick. On solid ground, I found a sympathetic lady selling tortas under a porch. Together we waited in the cool shade for another combi.

The next van also had a cracked windshield with only one dangly: a cross with Jesus on it. The driver was much older and the tires had tread. He also drove too fast, but it was different. Sometimes nothing about reality can be changed, but taking action to transform your own fear can make all the difference.

Editor’s note: Sherry Hardage lives in Los Alamos and has been traveling solo in the U.S., Mexico, and Europe since she retired from Honeywell in 2009. She is a photographer and travel writer who organizes tours of Mexico through her website: www.mexadventures.com. Hardage welcomes comments via email: hardagesa@aol.com
Menu
LOS ALAMOS