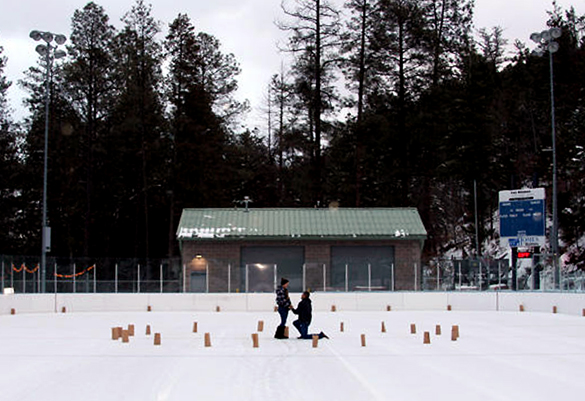 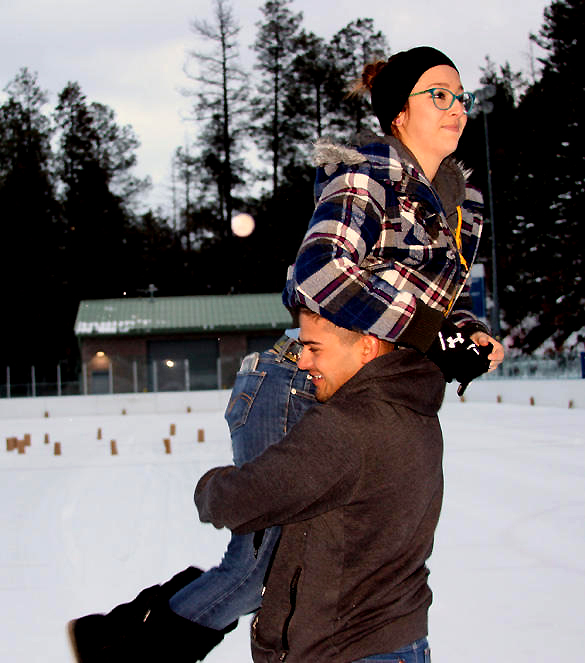 Deja Sandoval got a surprise Christmas present she’ll remember the rest of her life. Her boyfriend, Diego Cardiel, proposed Christmas Eve on the ice at the Los Alamos County Ice Rink.

And she said yes!

SPC. Cardiel and his Army National Guard unit are deploying to Kuwait in early January and his mother, Lori Hollingsworth, asked the Los Alamos Daily Post to cover the momentous occasion and share it with the community.

Cardiel chose the Ice Rink to propose to his girlfriend because it was the site of their first date, he said.

The couple met six years ago at NJROTC camp in Montrose, Colo. Both were active in NJROTC throughout high school. They didn’t become a couple until Sandoval moved to Los Alamos three years ago. They both attended Los Alamos High School. He graduated in 2014 and she in 2015.

The future bride is attending Central New Mexico Community College in Albuquerque, where she is studying criminal justice.

“I’ll probably start as a police officer, but my ultimate goal is to become a criminal profiler,” Sandoval said.

After his stint in the U.S. Army, Cardiel thinks he might go to culinary school. He isn’t sure how long he’ll be in Kuwait. “They don’t tell us that,” he said.

The couple will think about a wedding date once he returns, Cardiel said.

Sandoval and Cardiel were beaming Thursday at the Ice Rink in spite of the looming separation, saying this is a Christmas Eve they’ll treasure and think of often during their time apart. 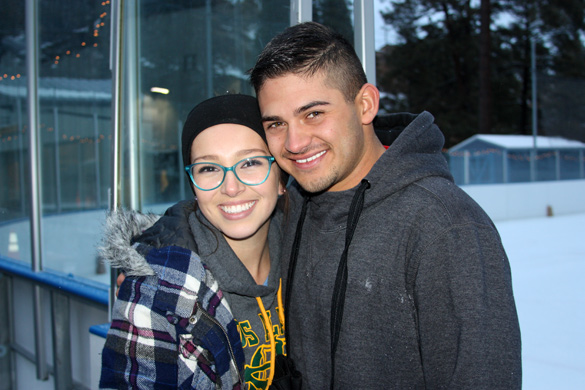 Deja Sandoval and Diego Cardiel plan to marry when he returns from deployment in Kuwait. Photo by Bonnie J. Gordon/ladailypost.com 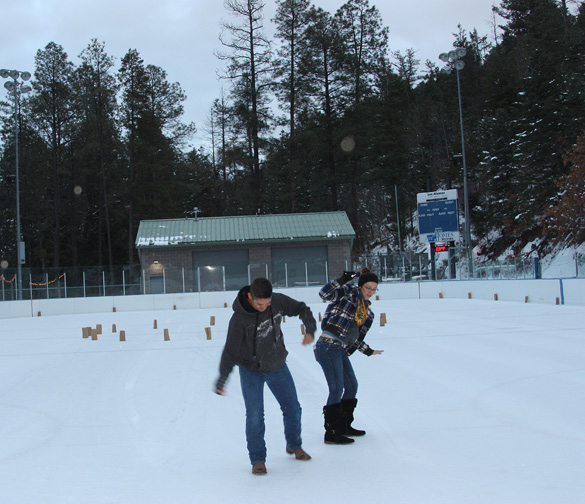 The newly engaged couple comes in from the ice Christmas Eve at the Los Alamos County Ice Rink. Photo by Bonnie J. Gordon/ladailypost.com