Softball Field To Be Renamed In Honor Of Hope Jaramillo 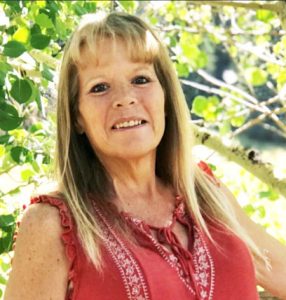 Los Alamos resident Hope Jaramillo, who died in January, was instrumental in the local softball program. As a result, her work and name will be etched into Los Alamos history forever.

This is because Los Alamos County Council voted unanimously Tuesday night to rename Minors A Field at Overlook Park in White Rock after Jaramillo. It will now be named Hope Field.

Councilor Antonio Maggiore said, “Hope was a wonderful figure in our community, and she was well loved by many … I am proud to support memorializing her legacy in this manner.”

Council Chair Sara Scott agreed. She said she appreciated the opportunity to honor Jaramillo’s memory and that it was really moving to read through all the public comments in support of naming the softball field after her.

More than 100 comments in support of the new name were received and there wasn’t a single comment that opposed naming the field after Jaramillo, Habiger said. As a result, the committee was unanimous in its decision to recommend that Council approve the new name for the field.

Jaramillo, who died from cancer, was extremely active in the high school softball program. She was a player herself in school and went on to be a coach and volunteer in the Los Alamos softball program.

The recommendation to rename Minors A Field after Jaramillo was initially presented during a Parks and Recreation Board meeting in March. Board member Robbie Harris presented the idea of renaming the field in honor of Jaramillo.

“The reason why I am approaching the board about renaming the field from Minor A to Hope Field is just recently, over a month ago, we had a valuable asset within our softball community pass away after a long, lengthy battle with cancer,” Harris said during the March Parks and Recreation meeting. “The thing with Hope Jaramillo – she was instrumental in the development of girls’ softball here in Los Alamos as far as coaching, little league softball, youth triple A softball, supporting the high school JV tournament … so Hope originally was diagnosed with cancer in 2007 and from that period till she passed away, she had 10 surgeries for her cancer not including additional treatments that she also had but the thing about it is, if you knew Hope, even though she was battling this she never ever wore it on her sleeve; you never would have guessed that was what she was doing. She would go for treatment one week and be back the next week ready to coach softball … that’s the thing about Hope, she was extremely selfless in volunteering her time and also as far as being an example of volunteerism here, in the community, that is exactly what she was.”

In other council business, the acquisition of several public art pieces was approved while one piece will be further investigated.

Council approved the purchase of a 3D maze mural, which will adorn a concrete wall at the splash pad near Piñon Park in White Rock. The purchase will not exceed $67,000.

Baker said the art piece, which will be created by artist Carrie Quade, will be an interactive piece. People can trace their fingers within the wide, rounded grooves that extend the length of the wall. She added that the piece will be designed to resemble mountains and trees and will use colors that complement the ones in the splash pad.

Councilors said they were excited for the art project.

“First, I want to extend my gratitude and appreciation of the Arts and Public Places Board and their dedicated staff… as excited as I am about the splash pad I think this is a wonderful addition to it. I like that it is indeed so tactile … I fully support this project…,” Councilor Antonio Maggoire said.

Additionally, council approved the donation of Ed Grothus’ “Sunflower”. The donation was made by Grothus’ daughter, Barbara.

While the piece is a donation, there is a cost to restore the artwork and mount it; the expenses will not exceed $60,000.

The piece, which is made from recycled materials, will fittingly be mounted at the Eco Station.

Councilor Pete Sheehey said this is the perfect location for the art piece.

“Ed Grothus was a controversial figure, but he is certainly part of the history of this town,” Sheeehy said. “There were two things that Ed was about. One, he was a recycler long before recycling was much of a business, and two he was about turning swords into plowshares and this sculpture embodies that so wonderfully. I am delighted that we have a chance to put this up right over the place where he did a lot of business.”

Regarding Arts and Public Places’ recommendation to purchase a painting titled, “Boys of Pajarito Plateau” by Jeff Segler and hang it in Fuller Lodge, council unanimously agreed that the recommendation needs to go back to the drawing board.

Council moved that Arts in Public Places reconsider the location of the painting and reopen its purchase, which would not exceed $70,000, for public comment.

Maggiore interpreted the painting as paying homage to the early troops of the Boy Scouts of America, which he said is an organization that is not only financially bankrupt but morally bankrupt, too, given its numerous scandals. He said he felt it was wrong to approve the purchase of a painting that glorifies this organization.

During public comment Segler noted that while his painting honors the boys of the Los Alamos Ranch School, the school had no association with the Boy Scouts of America.

Furthermore, Sheehey said the mistakes of the Boy Scouts organization shouldn’t get in the way of Los Alamos celebrating a part of its history.

Councilor David Izraelevitz said it wasn’t the painting’s subject matter that bothered him but the proposed location to hang the painting.

He said he felt the painting didn’t fit with the aesthetic of Fuller Lodge and wondered if there was another, better location for it.

“I just don’t see that this piece fits,” Izraelevitz said.

A rendering of artist Carrie Quade’s mural for the splash pad. Courtesy/LAC