Snyder: Photographic Record And Its Importance To History 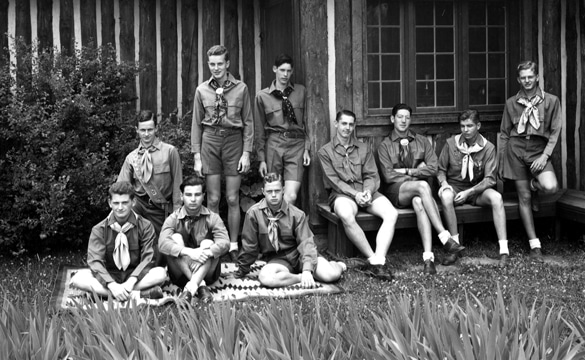 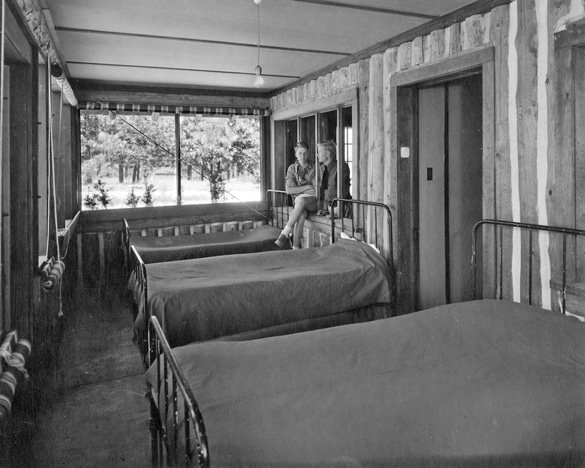 As noted in the book Los Alamos: The Ranch School Years, “photography played an important role in advertising and promoting Los Alamos” from its early years to the closing in 1945, but photography also made a huge contribution to historians who have worked to document the 25 years of the school’s history.

There are copious pictures of everyday life at the school, from classrooms to sleeping porches to trail rides and camping in the Jemez. A few photos are like the family vacation pictures of a memorable moment not quite in focus—but most are not. Many are works of art and composed beautifully, sharp and framed perfectly through the lens. The reason for that, and for our good fortune all these years later, is that LARS Director A.J. Connell had the foresight to see the importance of a good photographic record and to hire two of the best photographers in the West to help with that record—T. Harmon Parkhurst and Laura Gilpin.

Parkhurst was an acquaintance of the school’s founder, Ashley Pond Jr. He accompanied important guests to Pond’s Pajarito Club in the canyon, circa 1914-1916. When the club failed and Pond opened his school on the plateau in 1917, Parkhurst was already familiar with its surroundings.

Born in New York in 1883, Parkhurst attended Syracuse University but left for California before completing a degree. Though he was a self-taught photographer, he was asked to join the Smithsonian Institution’s expedition of 1920 to study the ruins of Santa Rita de los Frijoles in Frijoles Canyon, known today as Bandelier National Monument. Upon completion of that study he was hired by the Museum of New Mexico, at that time housed in the Palace of the Governors. There he met Jesse Nusbaum, who tutored him from 1910 to 1915. Nusbaum was frequently away from the museum doing archaeological field work, and during those times, Parkhurst stood in as the senior museum photographer. He also worked with historic preservationist Charles Lummis, who would eventually consider Parkhurst one of the best photographers he had known.

A favorite of the ranch schoolboys, Parkhurst was frequently on campus and willing to haul his glass plates and heavy camera equipment on pack trips when the boys would be gone for weeks on camping adventures. He was the official photographer during most of the school’s existence, right up to the takeover by the government during World War II, but in the last years he shared the photographic chores with another fine photographer, Laura Gilpin.

Gilpin was known for her photographs of the Southwest and her imaginative use of light to attain stunning results. She had studied with noted photographer Gertrude Kasebier in New York, but there was another experience that uniquely helped in Gilpin’s photographic career. In 1904, Gilpin’s mother sent her to visit a close friend in St. Louis and attend the World’s Fair. The friend was blind, and Gilpin was to accompany the woman to the fair and describe the exhibits to her in detail. She later commented that “the experience taught me the kind of observation I would never have learned otherwise”. That skill can be seen in the photographs she eventually took at the Los Alamos Ranch School. In 1974, the governor of New Mexico awarded Gilpin one of the first Annual Awards for Excellence in the Arts.

During the 25 years the ranch school existed, there were other good photographers among the masters and students—Ed Fuller, Lawrence Hitchcock, Herbert “Hup” Wallis, Peter Dechert, and Bill Carson, to name a few. Their contributions, along with the photos by Parkhurst and Gilpin, tell the story of a unique school and the quarter of a century that it existed on the Pajarito Plateau.